July 31st, 2014 - the test plate I attached to the underside of my van was removed 364 days later, after having travelled approximately 45,000kms across the salted, sanded and gritty roads of Saskatchewan Canada, where temperatures ranged from +38C/100F to -40C/-40F and with constant speeds of up to 125kph/80mph for up to 5 hours at a stretch. While by no means a "scientific Study", it serves the purpose of showing how these paints perform in "real-world" conditions - when applied properly - and meeting or exceeding the abuse they would be exposed to in wheel-wells, frames, suspension components, trailers and other exposed, rusty or etched, metal surfaces it is intended for. Both paints also clain to be great for cement coating, but I have yet to have attempted their use on other substrates.

For details on how the test plate was prepared and the two brands of rust paints applied,
please refer to my post of 1 year ago: Here. 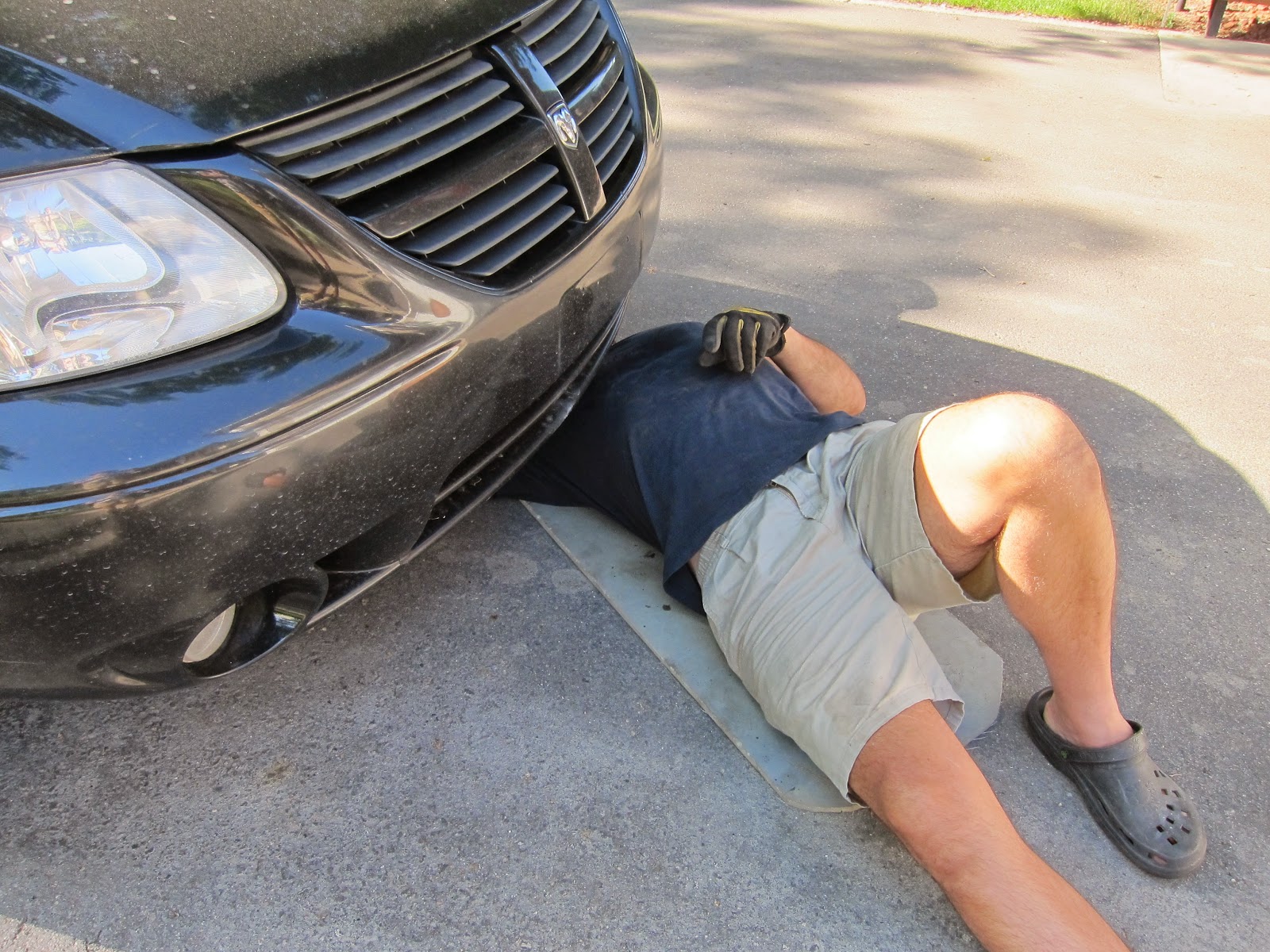 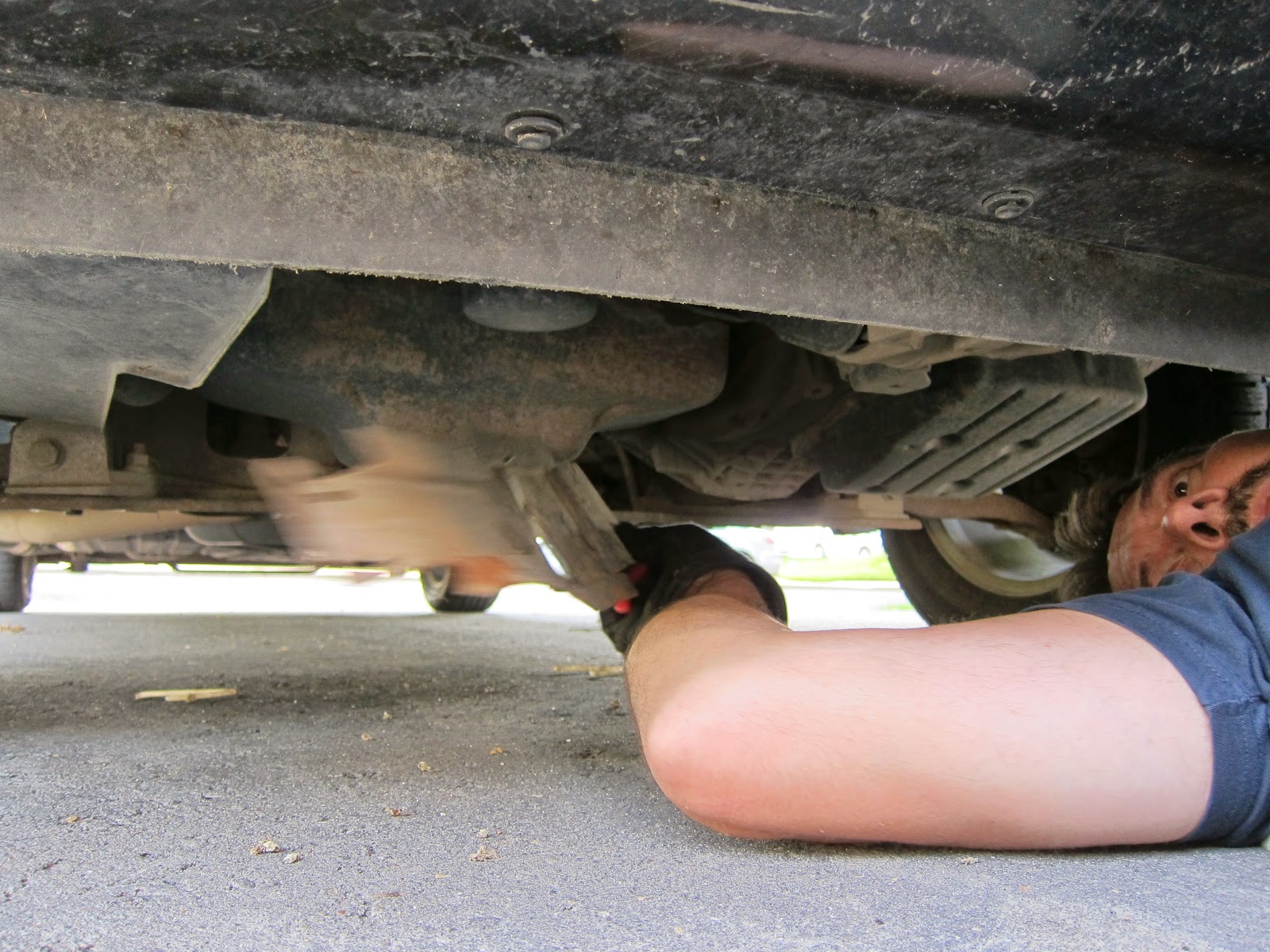 And here it is, the even rustier control section is on the Left, the POR15 and Rust Bullet painted sections on the Right. The test peice and paints are still coated in a film of salt and road-grime. 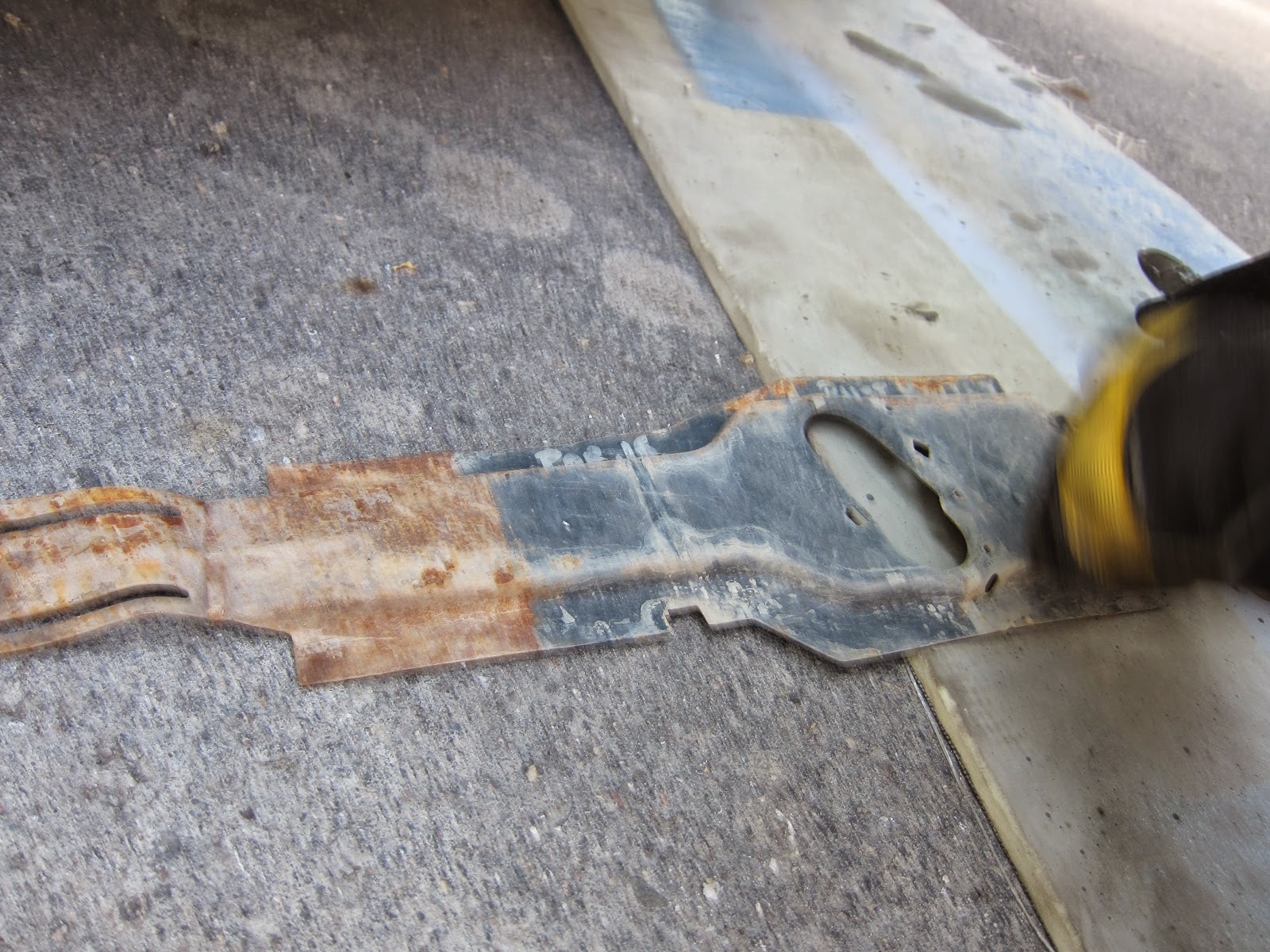 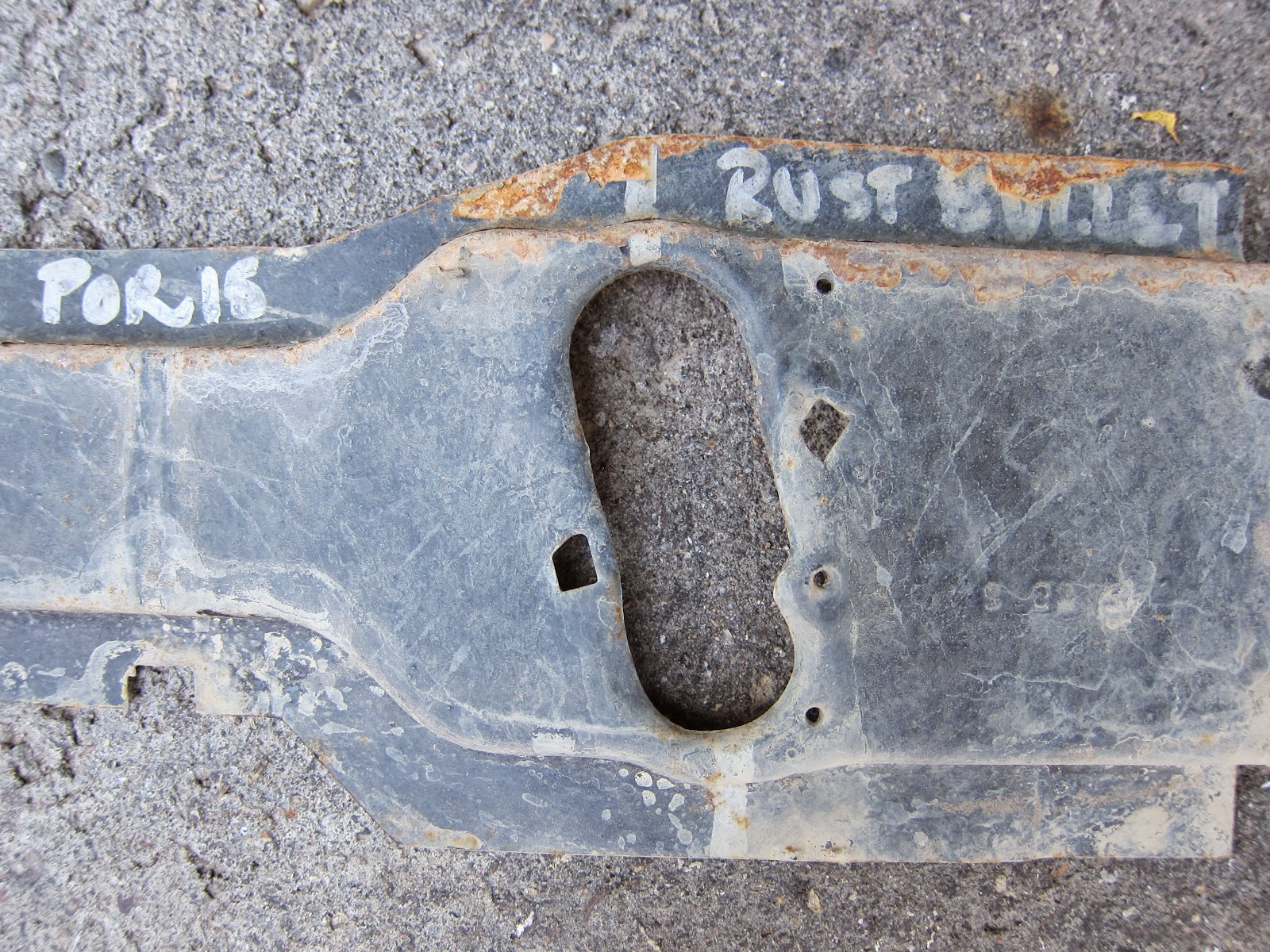 Photo A - After an initial (dry) wipedown, the plate was placed on the original labelled board - 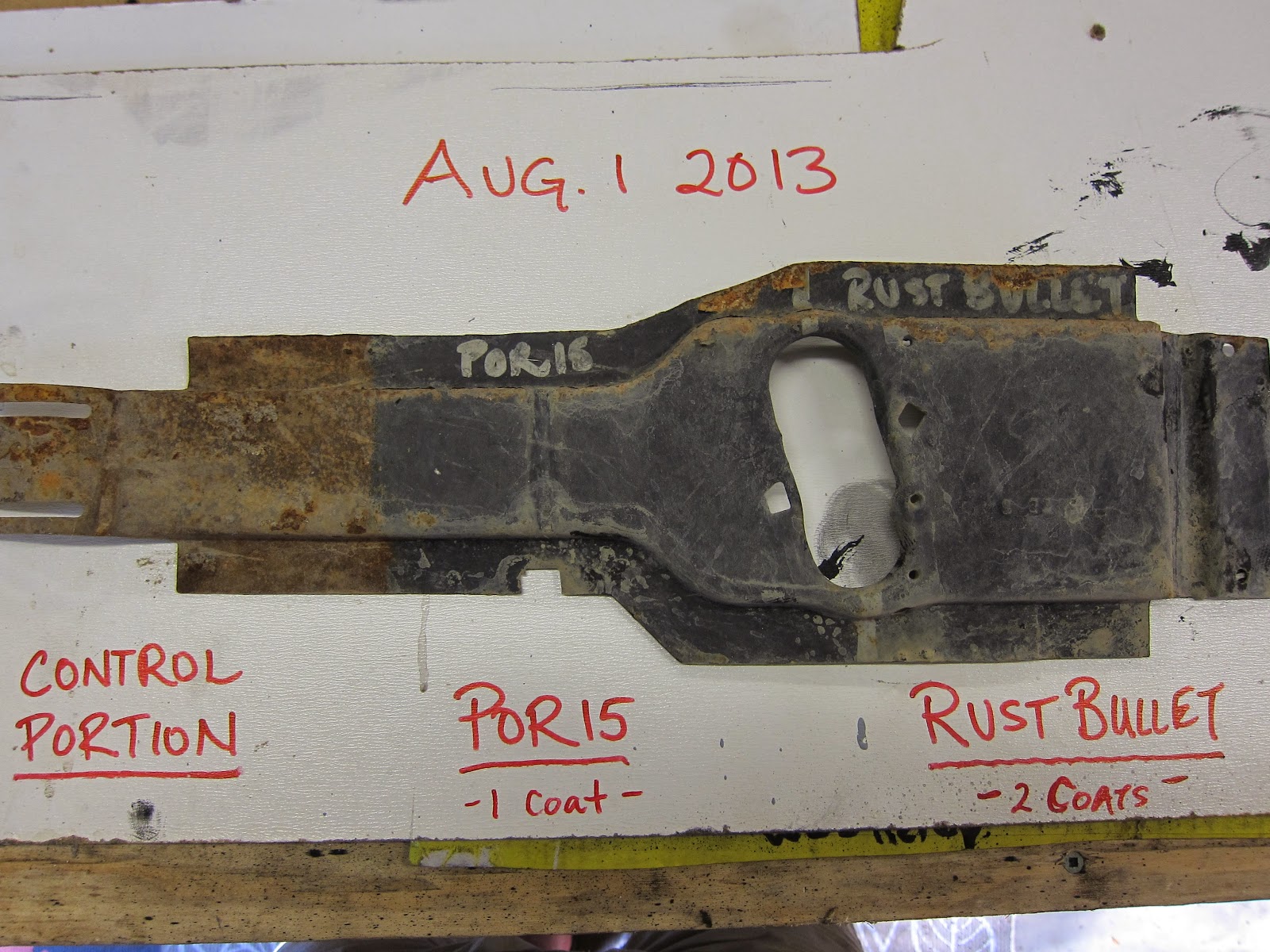 Photo B - Plate was flipped over, showing the underside
after being cleaned with a water-dampened paper towel - 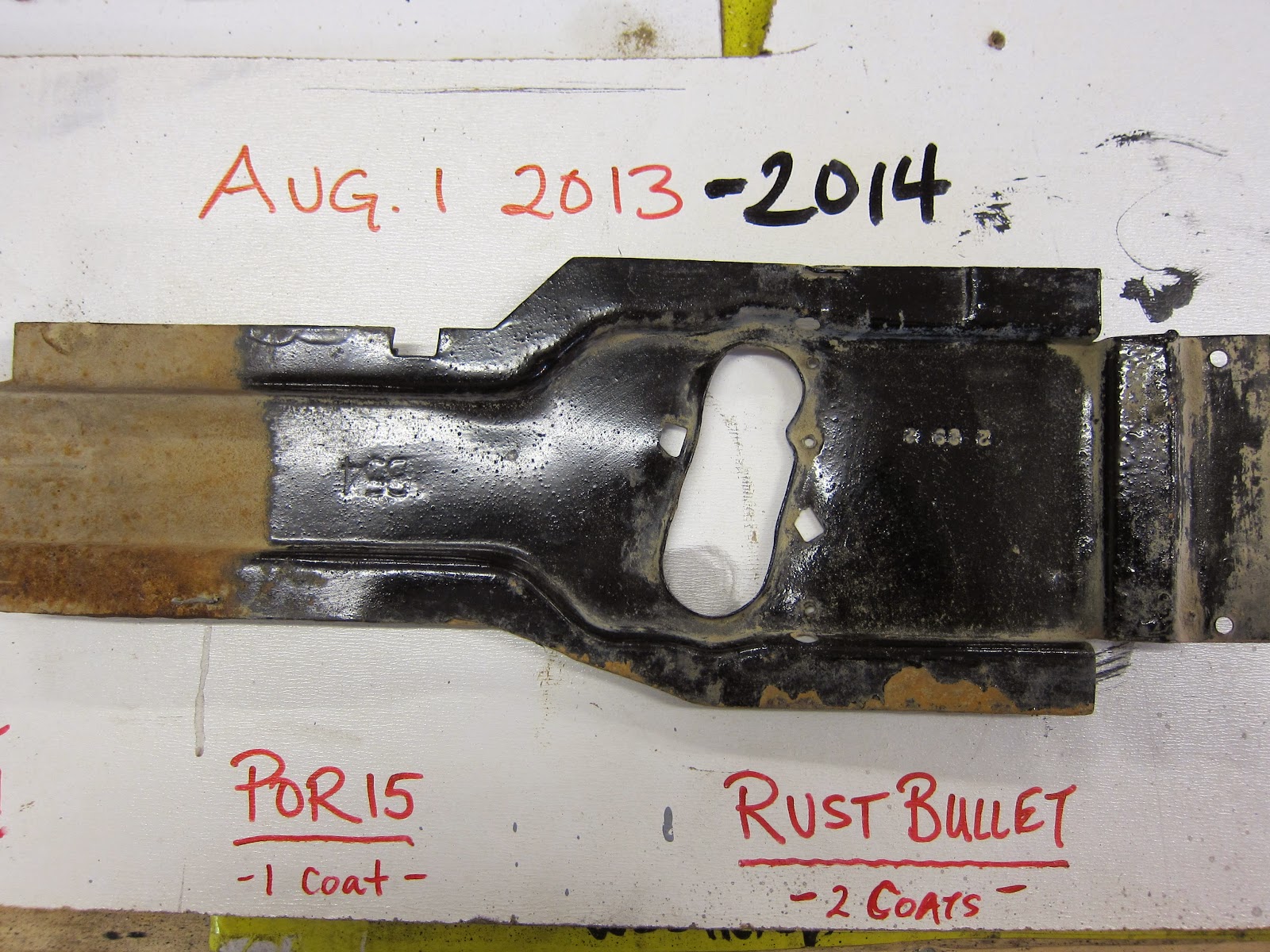 Discussion -
Both paints where largely intact and protective of the base metal underneath, suffering no major adhesion issues. However, both paints suffered minor damage and removal along the leading edge, an area subjected to direct contact from grit, stones, salt and more (top edge in top photo A, bottom edge in photo B).The uncoated section continued to rust, whereas only small sections of the leading edges of the coated sections did so. After wiping with a wet paper towel the sheen/shiny surface was returned and in good shape.

For comparison, here is the plate 1 year ago, when it was first prepared and painted with the two rust paints: 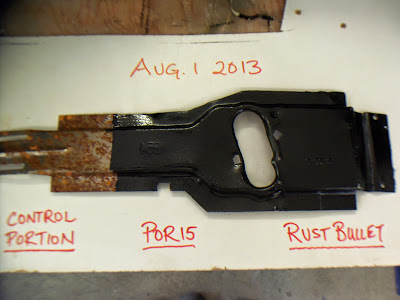 Overall impressions:
As promised by the manufacturers, both single-stage, air-cured epoxy paints did a very good job of protecting the metal substrate overall and sealing/protecting the vast majority of the coated surfaces. As mentioned above, both paints did suffer what I would term as a "minor" adhesion issue - damage/removal atthe leading edge, which would have taken a large amount of abuse from road debri and harsh weather conditions.

Due to the results of this test, I will certainly continue to recommend either paint and use them in my shop on both my own, and other peoples vehicles, with a good amount of confidence that they will remain on the substrates and protect them from deterioration in most conditions - when applied to surfaces that are either clean and rusty or clean and well-etched. They need a rough/porous surface to adhere to and many people report issues with adhesion when that has not been the case.

I would hazard a guess that "most conditions" these paints will be subjected to may or may not be as harsh as they were in this test, so your results may vary.

Thanks for reading along!.

Rear panel and trunk lid alignment: the previous work looks like it was done without using sanding blocks, so we'll make sure it all gets straightened as it gets readied for paint.

Althought the gaps are even, you can see the body lines don't quite match up. This will be rectified by adjusting the doors, then installing and the latch and striker to ensure the doors line up with a smooth action on the latch.

The lower quarters that were removed had a ton of filler in them in order to match them up to the rokcer panels. The new quarter was aligned so that only a skim of filler was required.

Attaching a panel is only job one. Aligning the surrounding panels and edges takes is what makes it all look right.

Don't forget to check out my website at www.E-tekRestorations.com !
Posted by E-tek at Wednesday, July 23, 2014


After completing the major metal work, I pulled it onto the lift to finish up some details, including welding up the lower quarter seams. 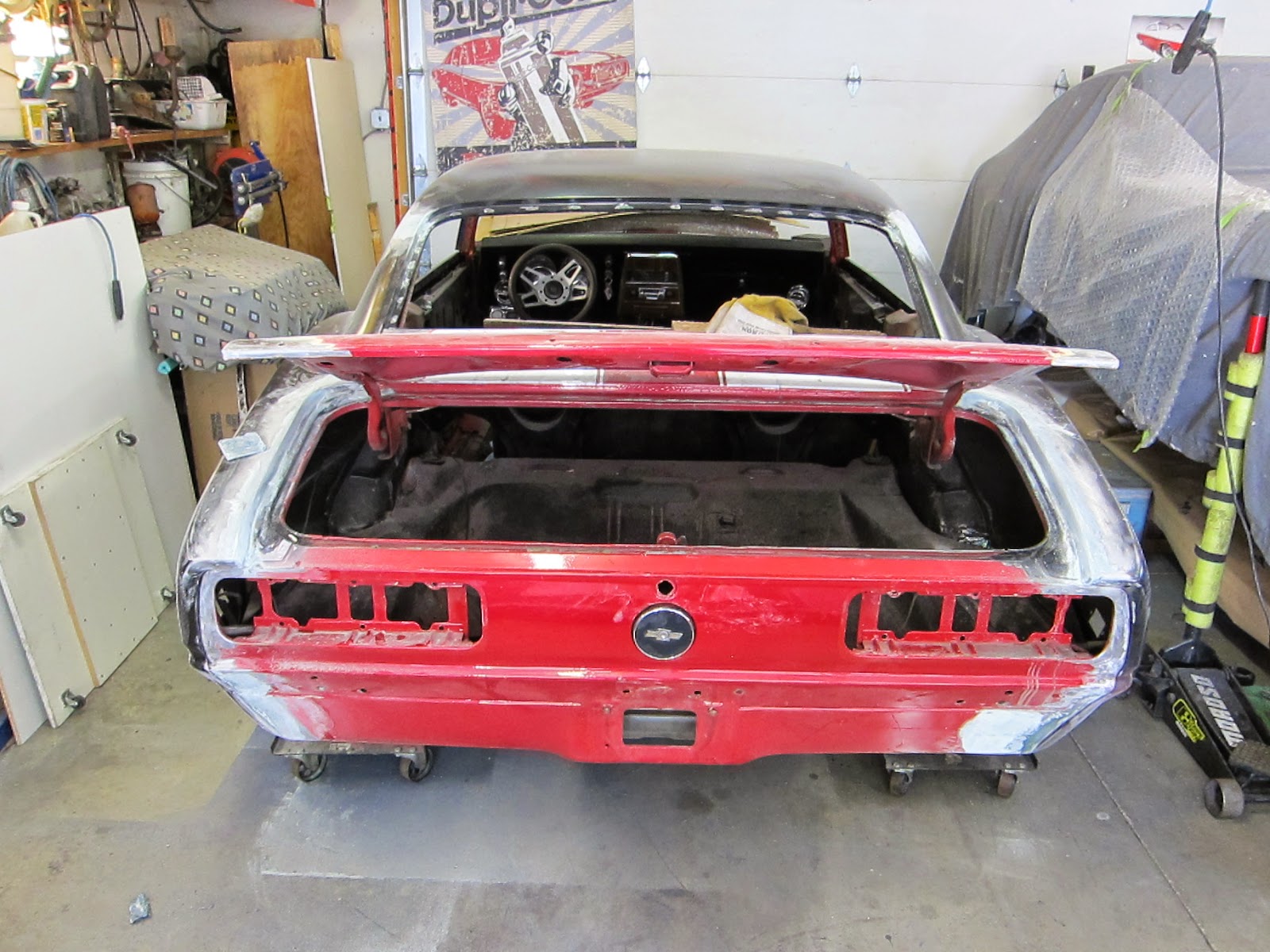 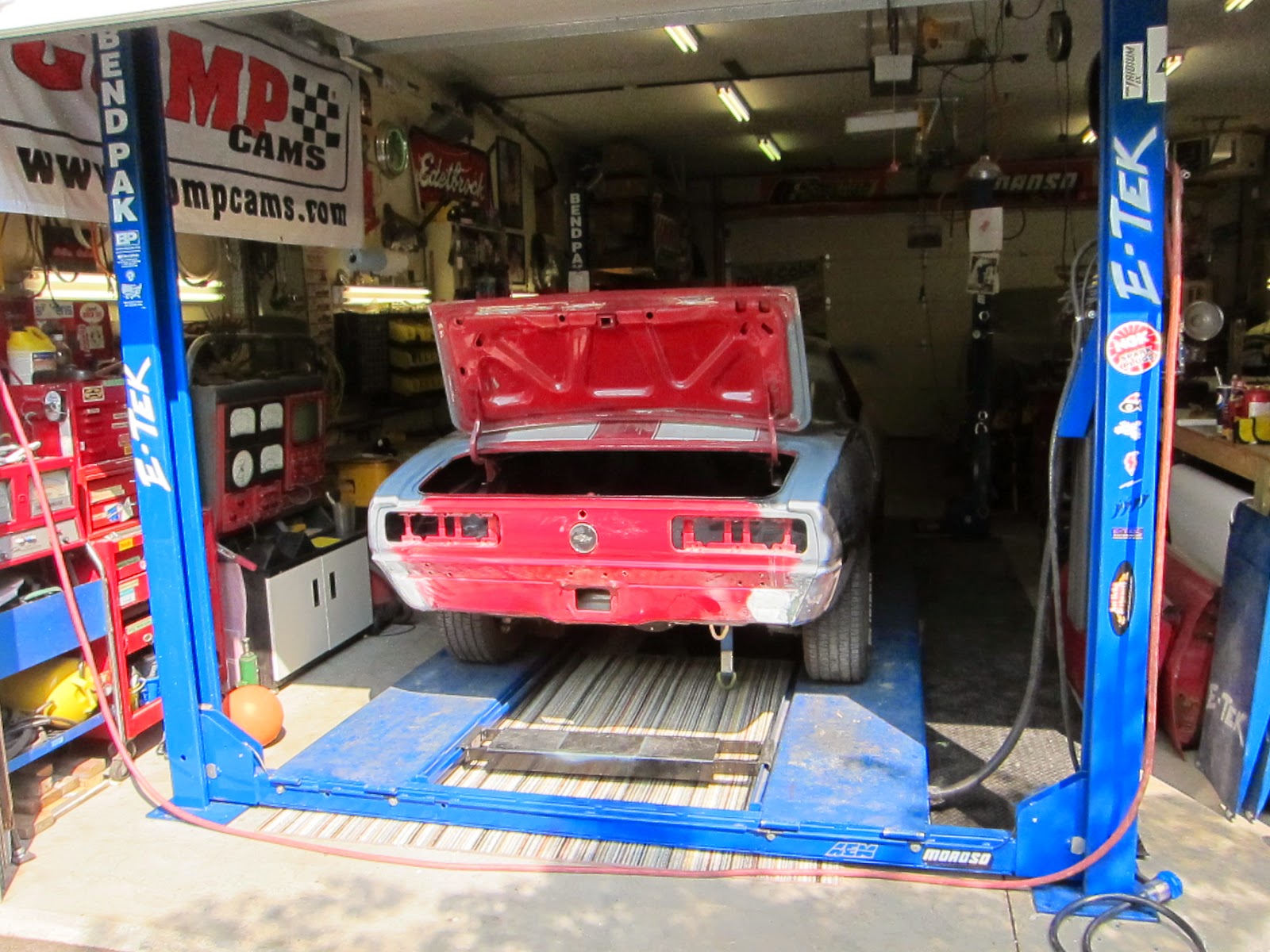 After getting the quarters installed, I spent a number of hours getting the trunk lid gaps right. They look pretty good now though! 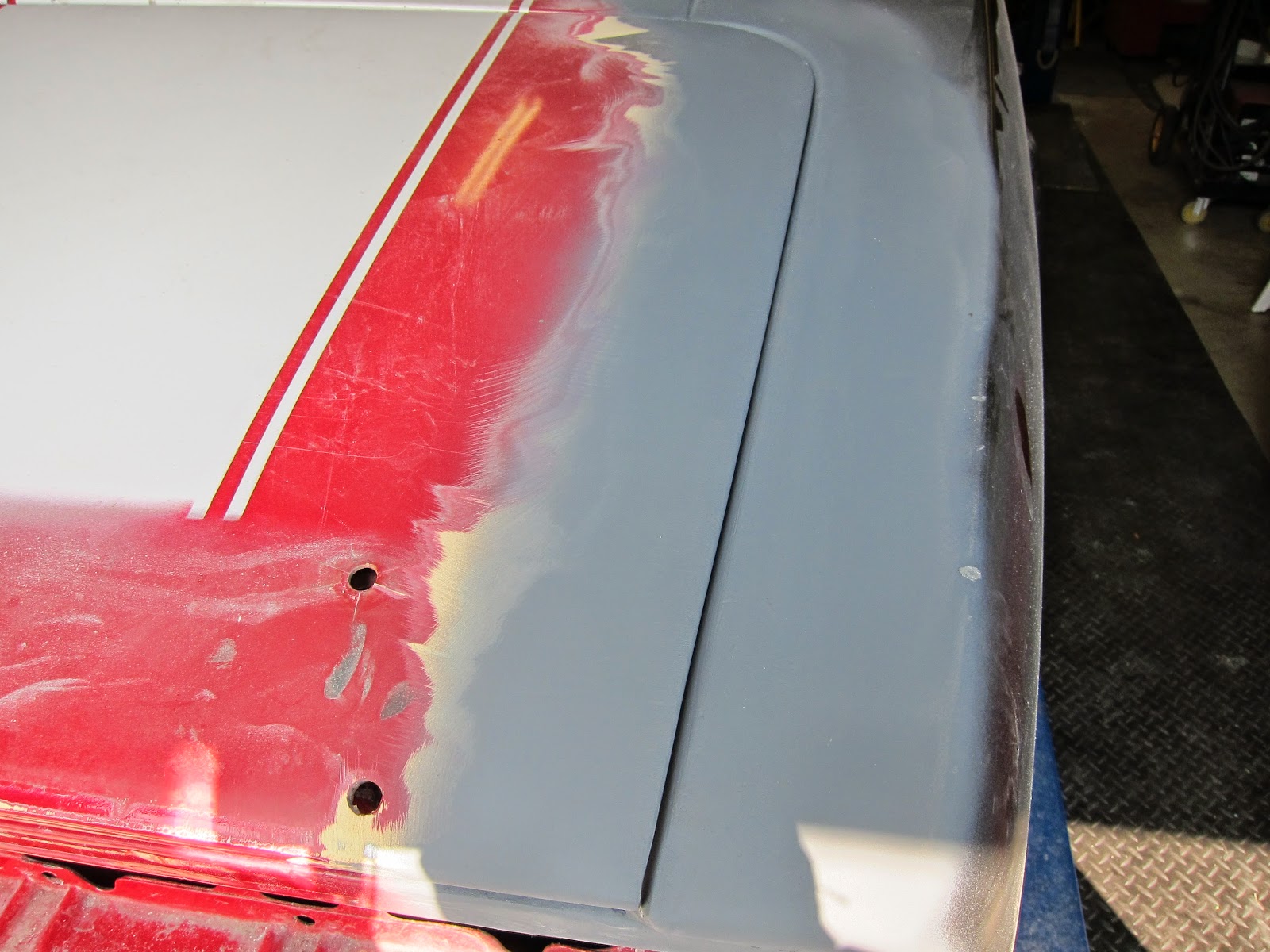 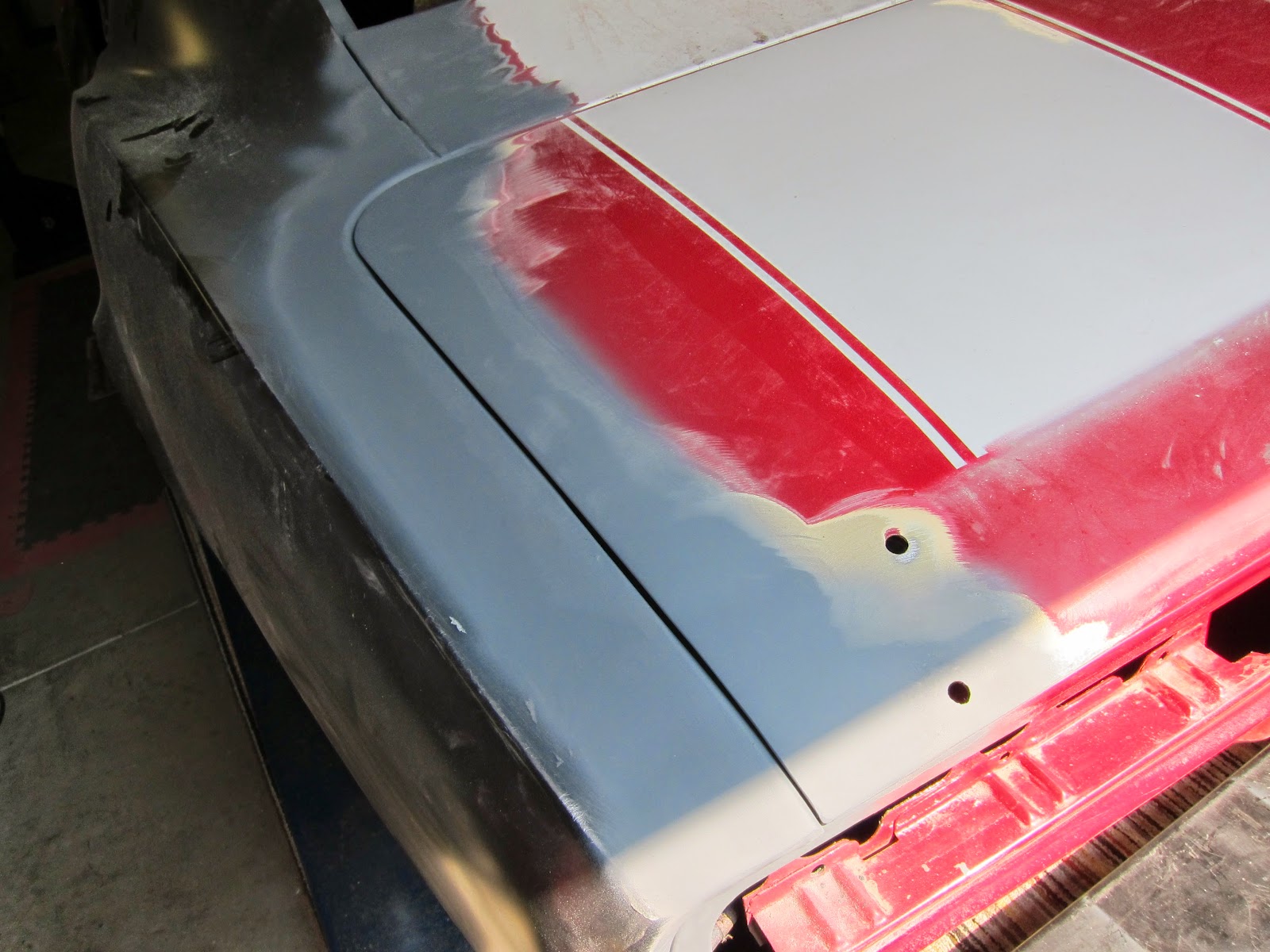 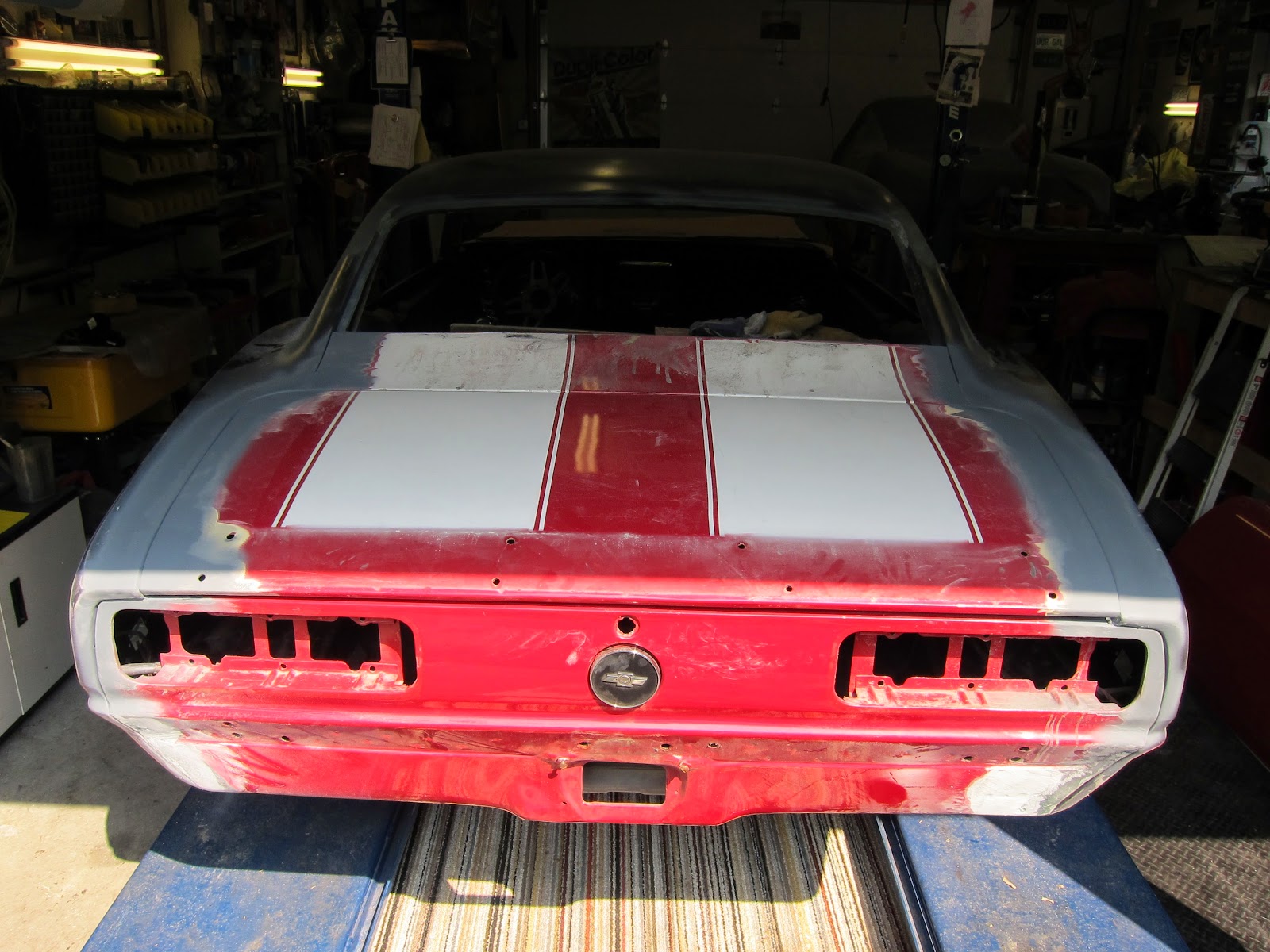 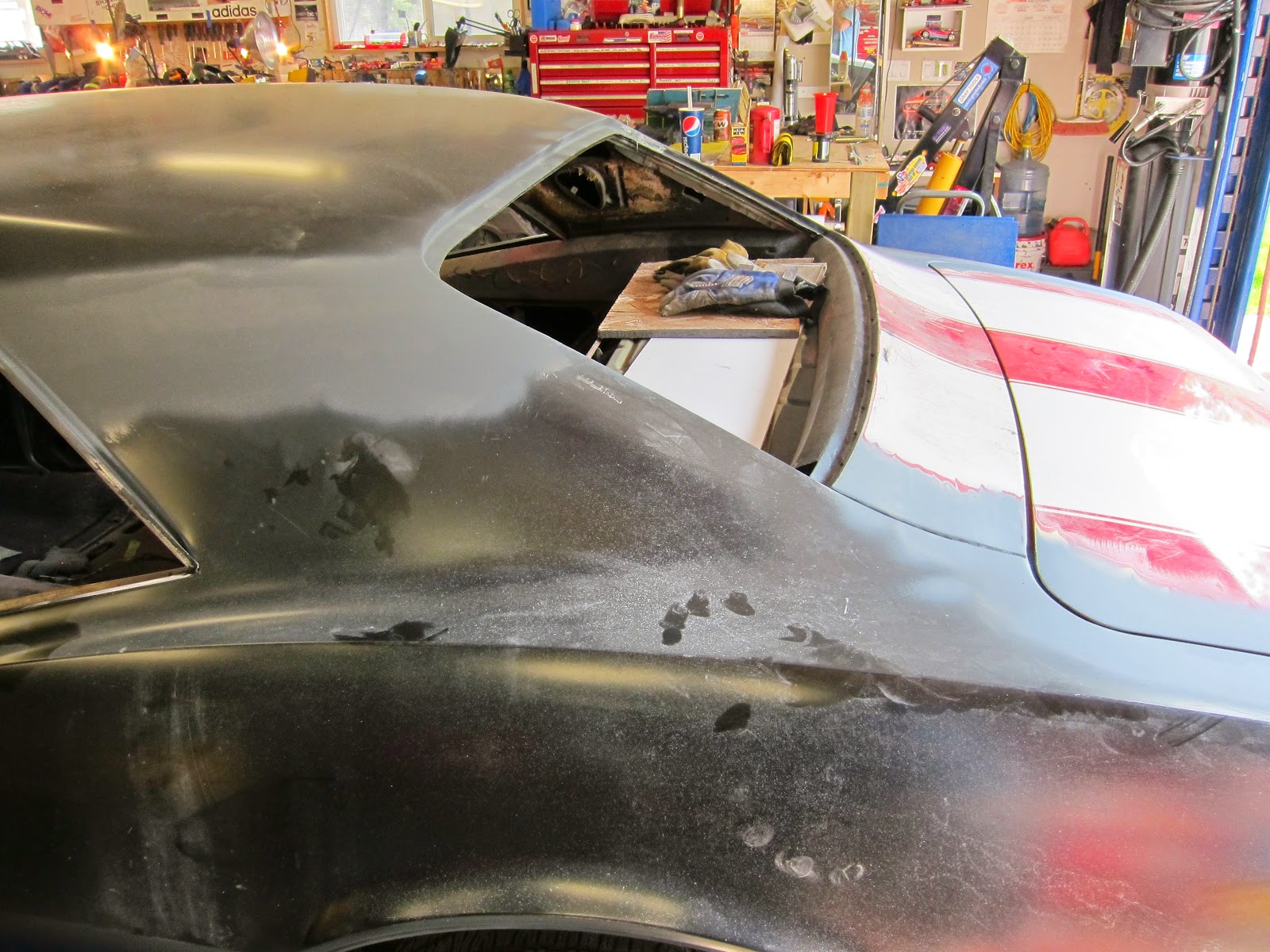 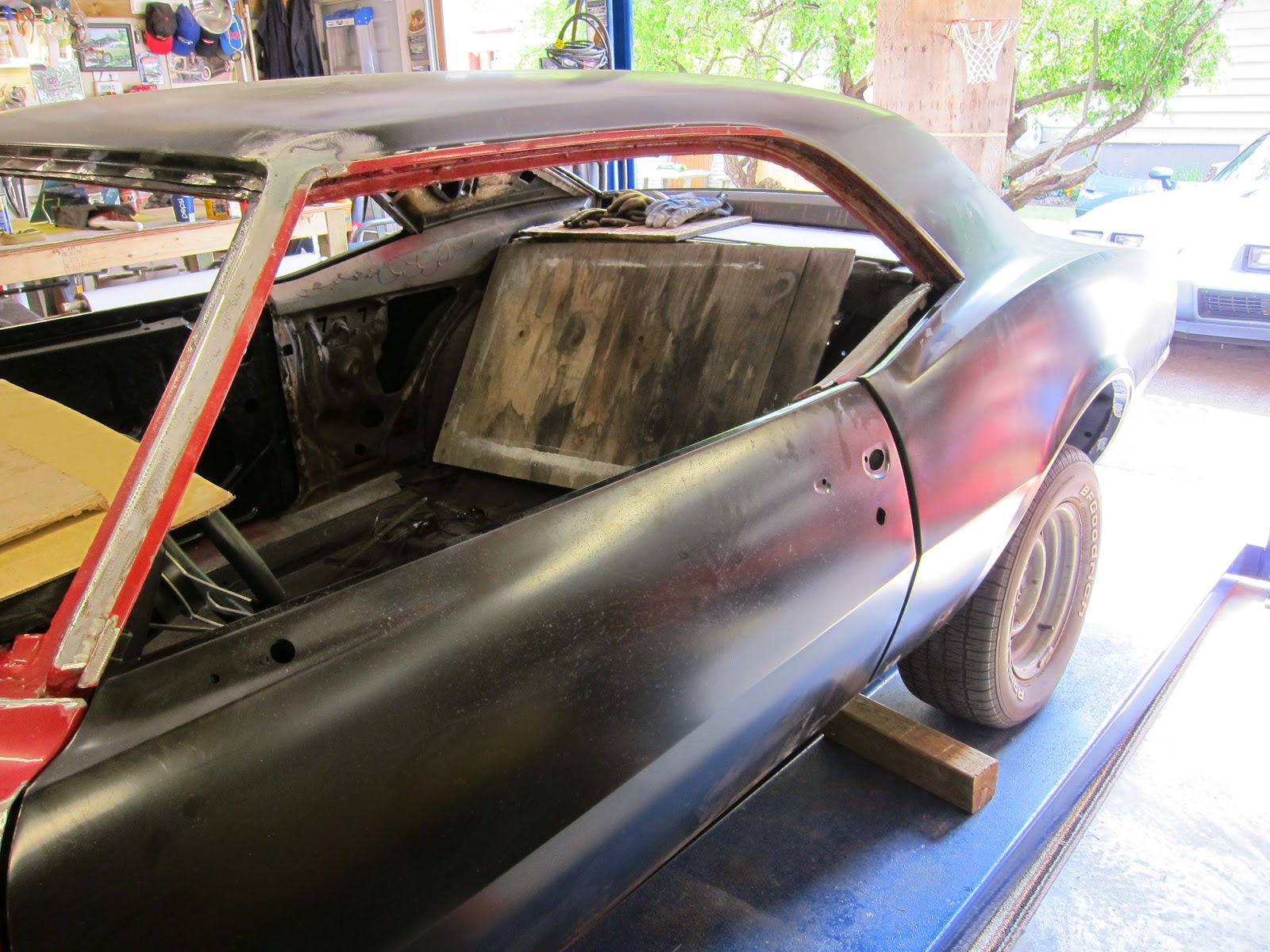 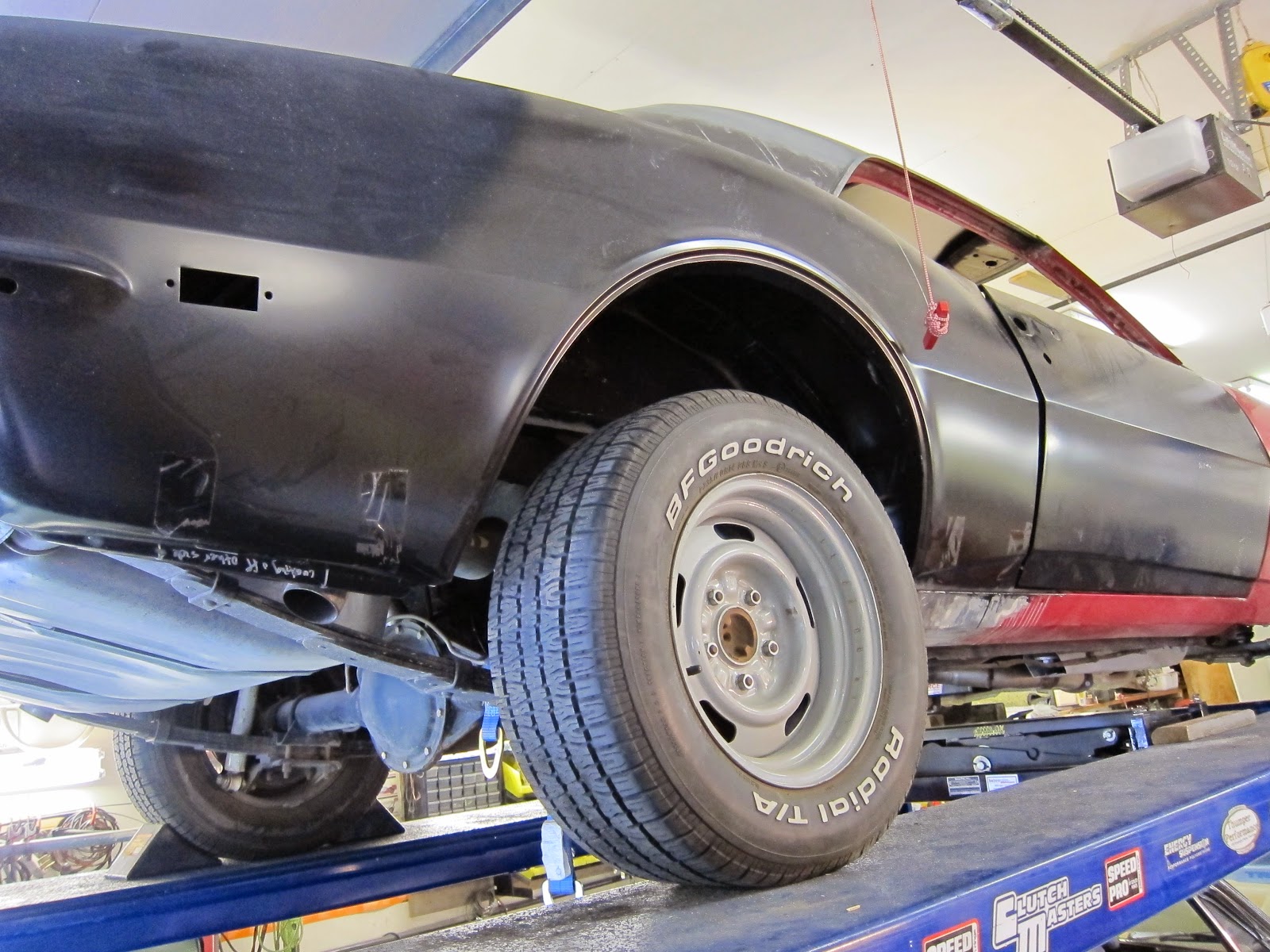 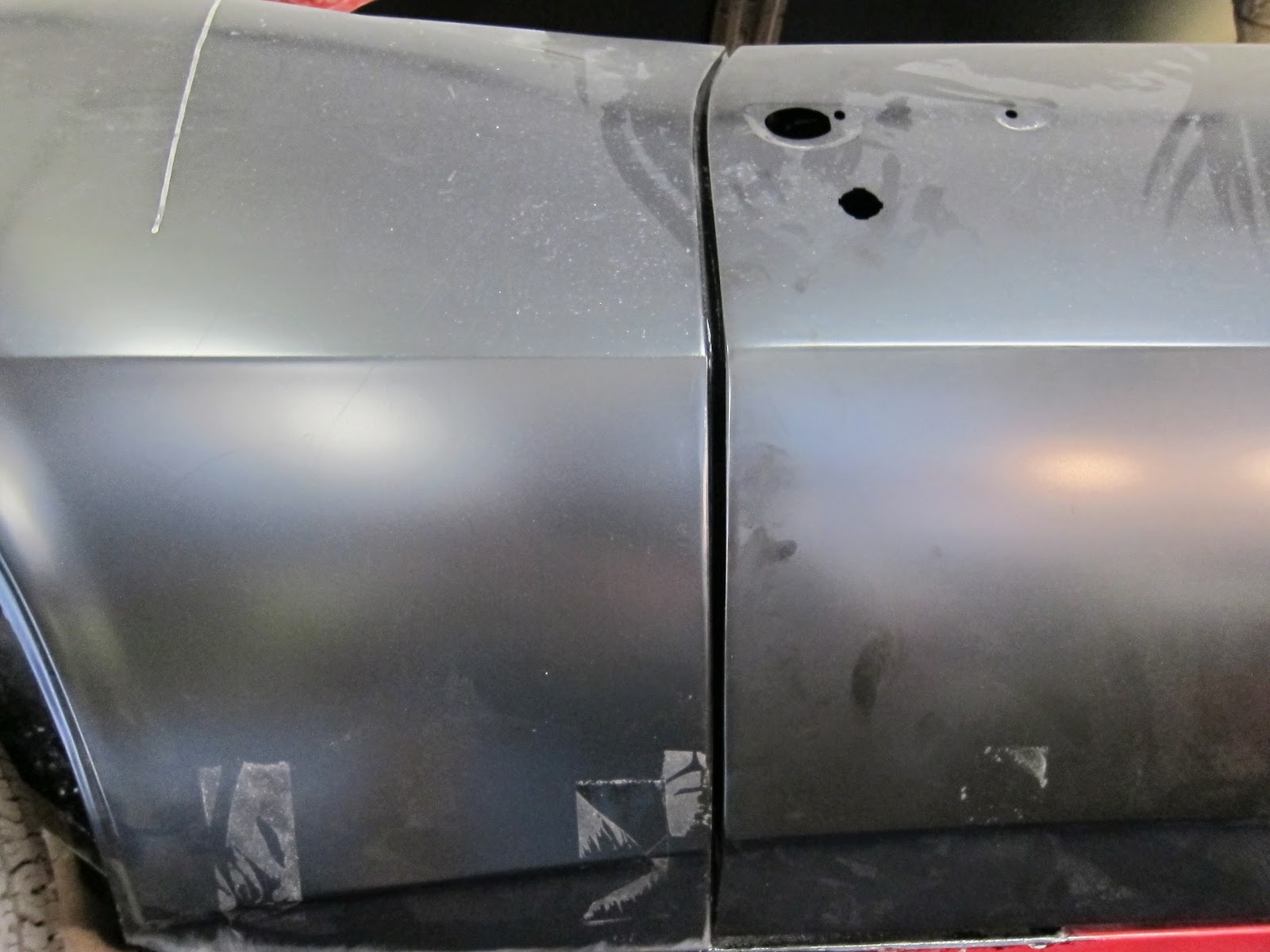 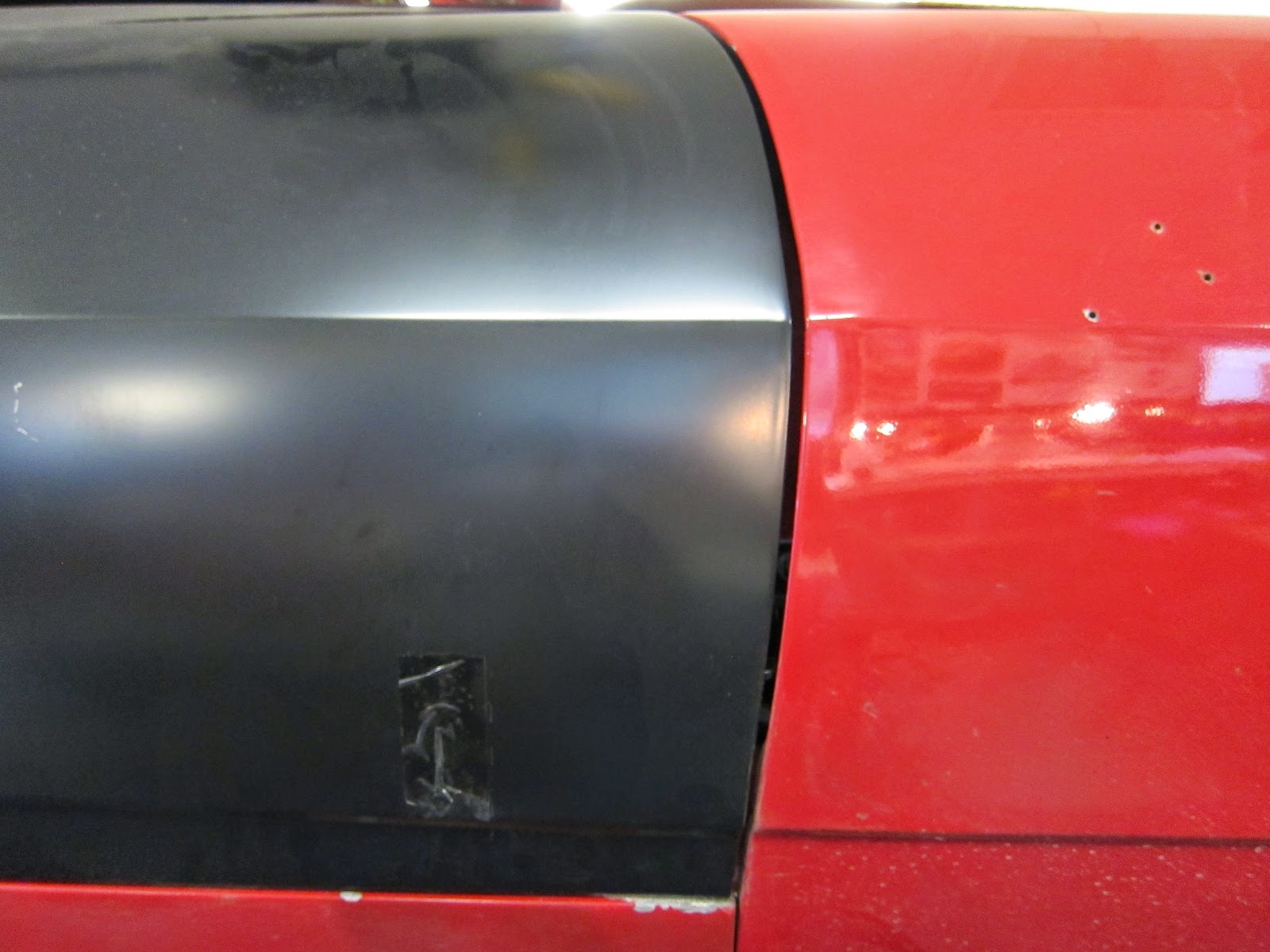 And will end up near-perfect after I move the lower fender forward about 1/8th of an inch. 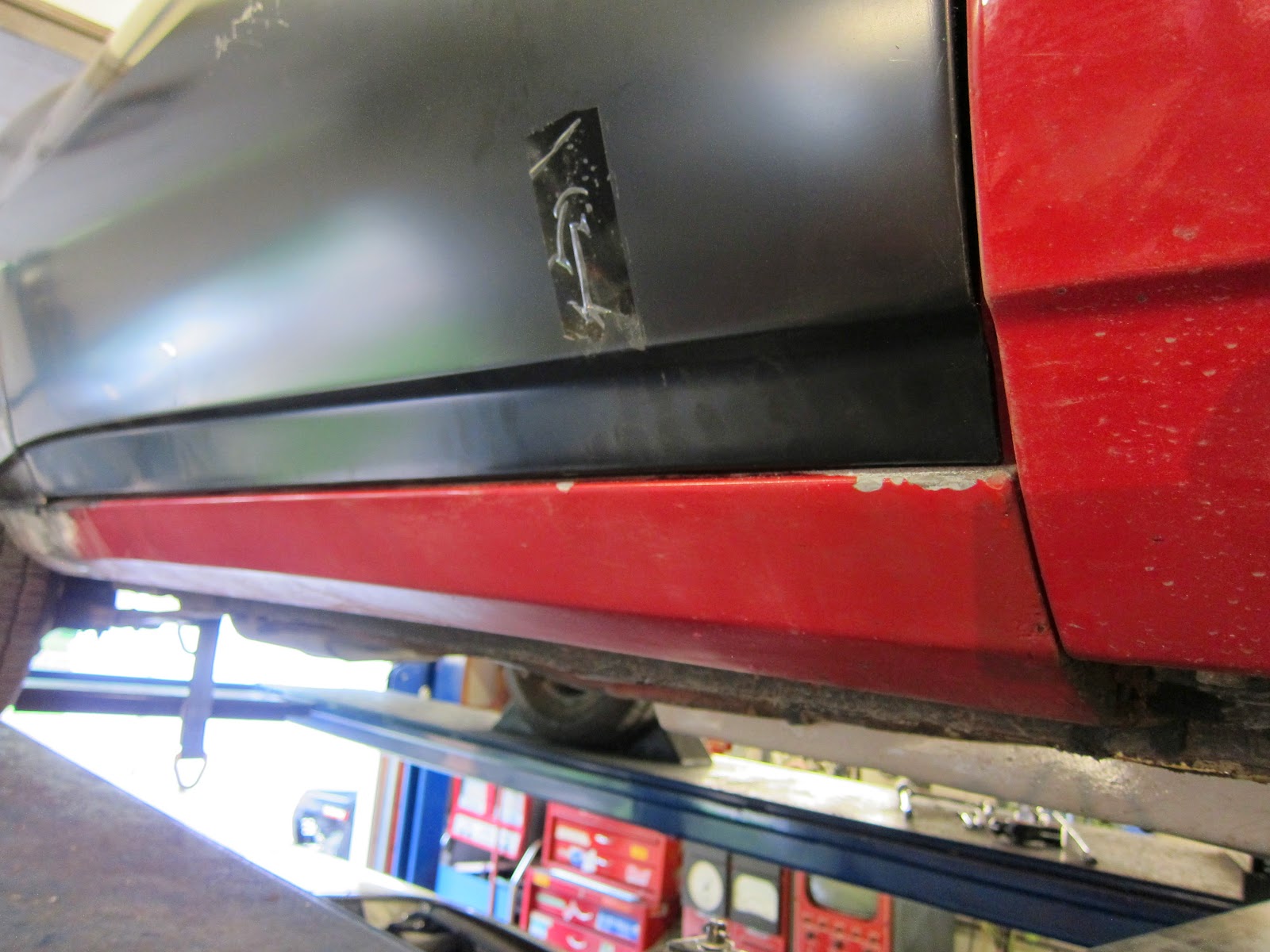 Everything gets sqeezed back in! 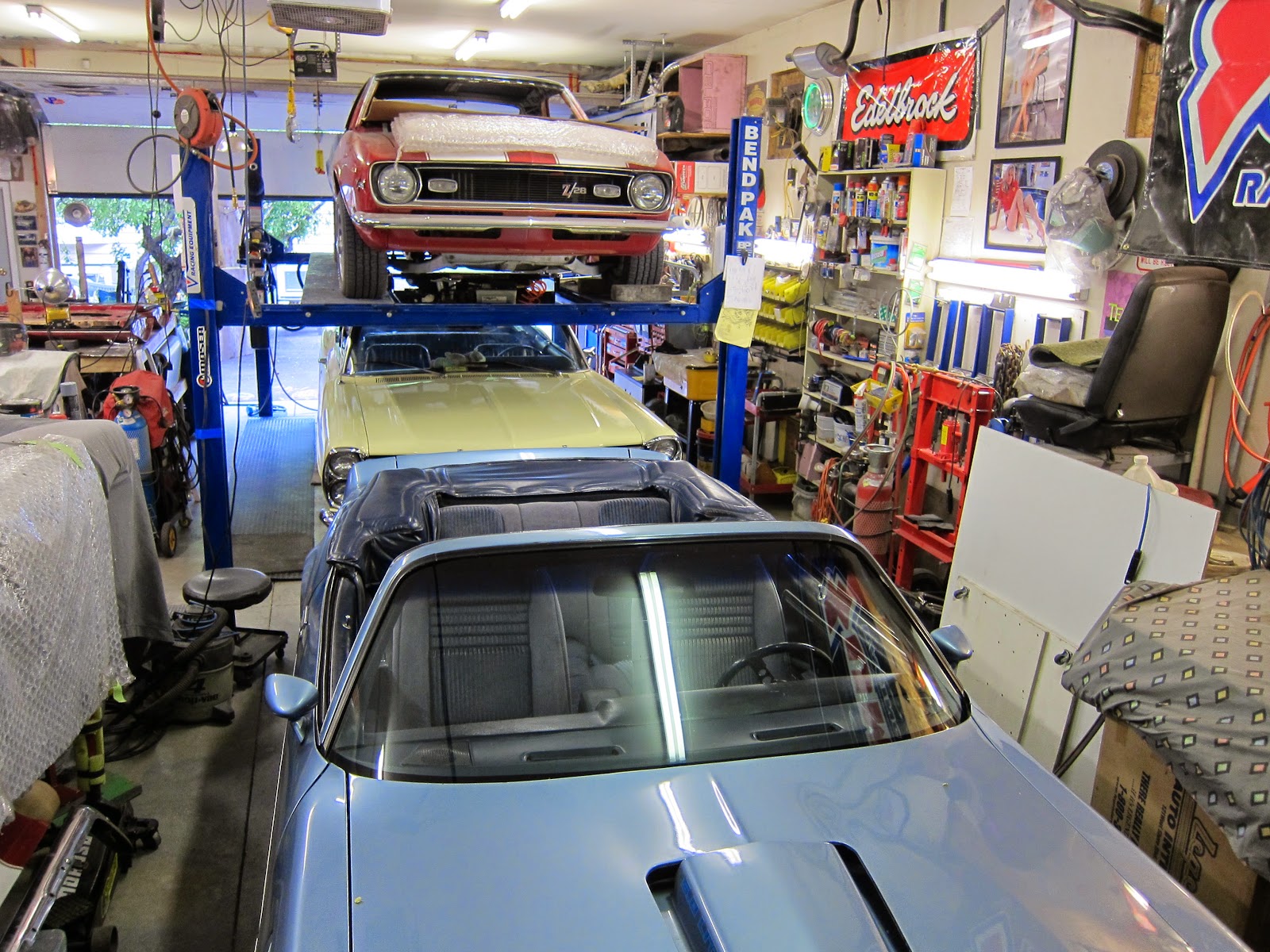 Stay tuned for more - Don't forget to check out my website at www.E-tekRestorations.com !
Posted by E-tek at Thursday, July 17, 2014