1968 Camaro Roof Skin (panel) Replacement Please support me by clicking on the ads to the right!!

The original roof panel on this 1968 Camaro was rusted at the front and rear glass channel edges, as well as pitted at both the front corners. Upon removal, there was evidence of heavy rusting caused by many years of humidity developing between the headliner and roof panel.

After removing and safely storing all the glass, the spot welds were located and drilled out. 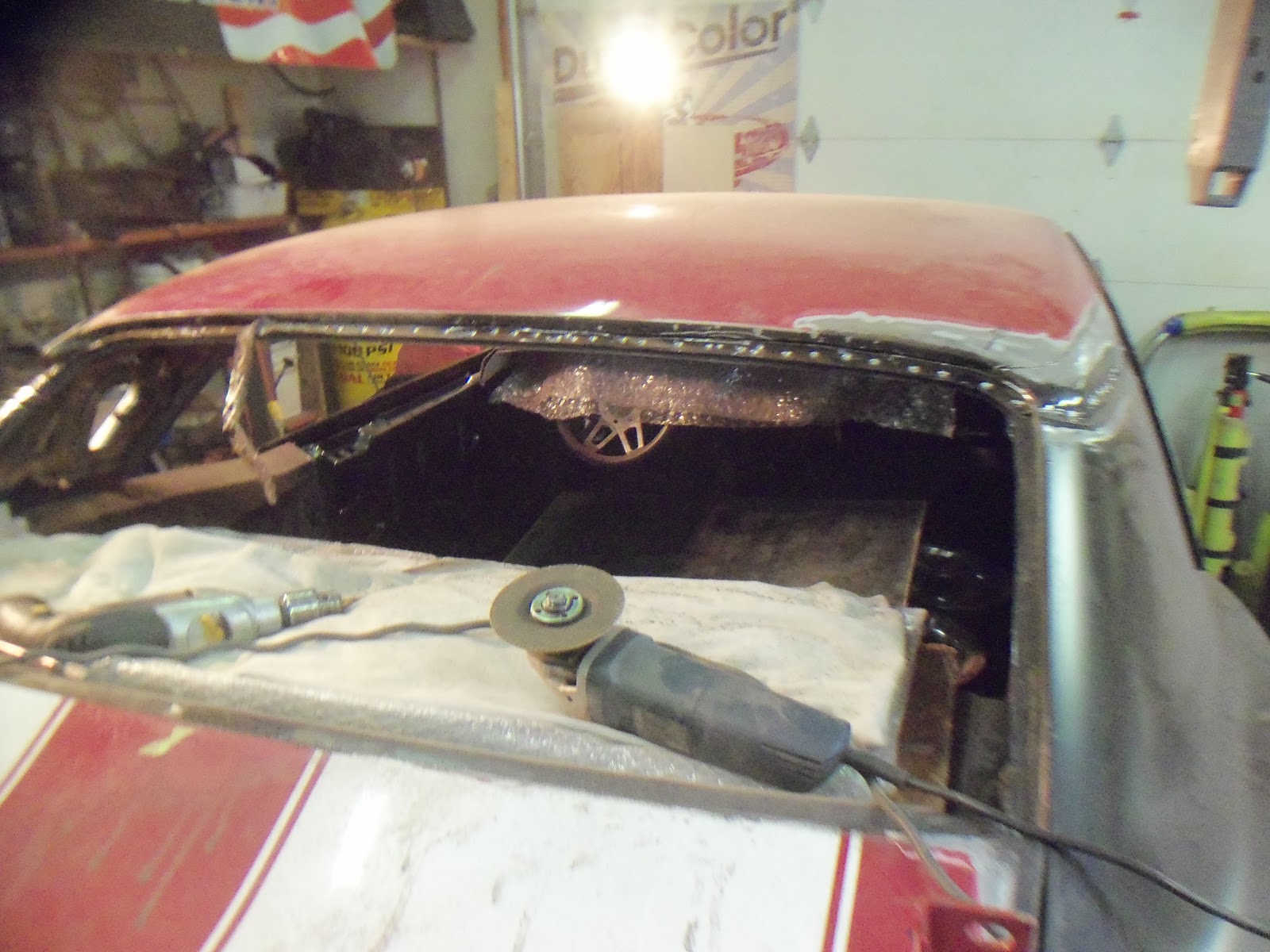 Even though the spot welds had been drilled out, I find it makes the operation easier to cut the largest portions of these panels away so as to allow access from both sides. A 3/64" cut off wheel makes short work of the removal. 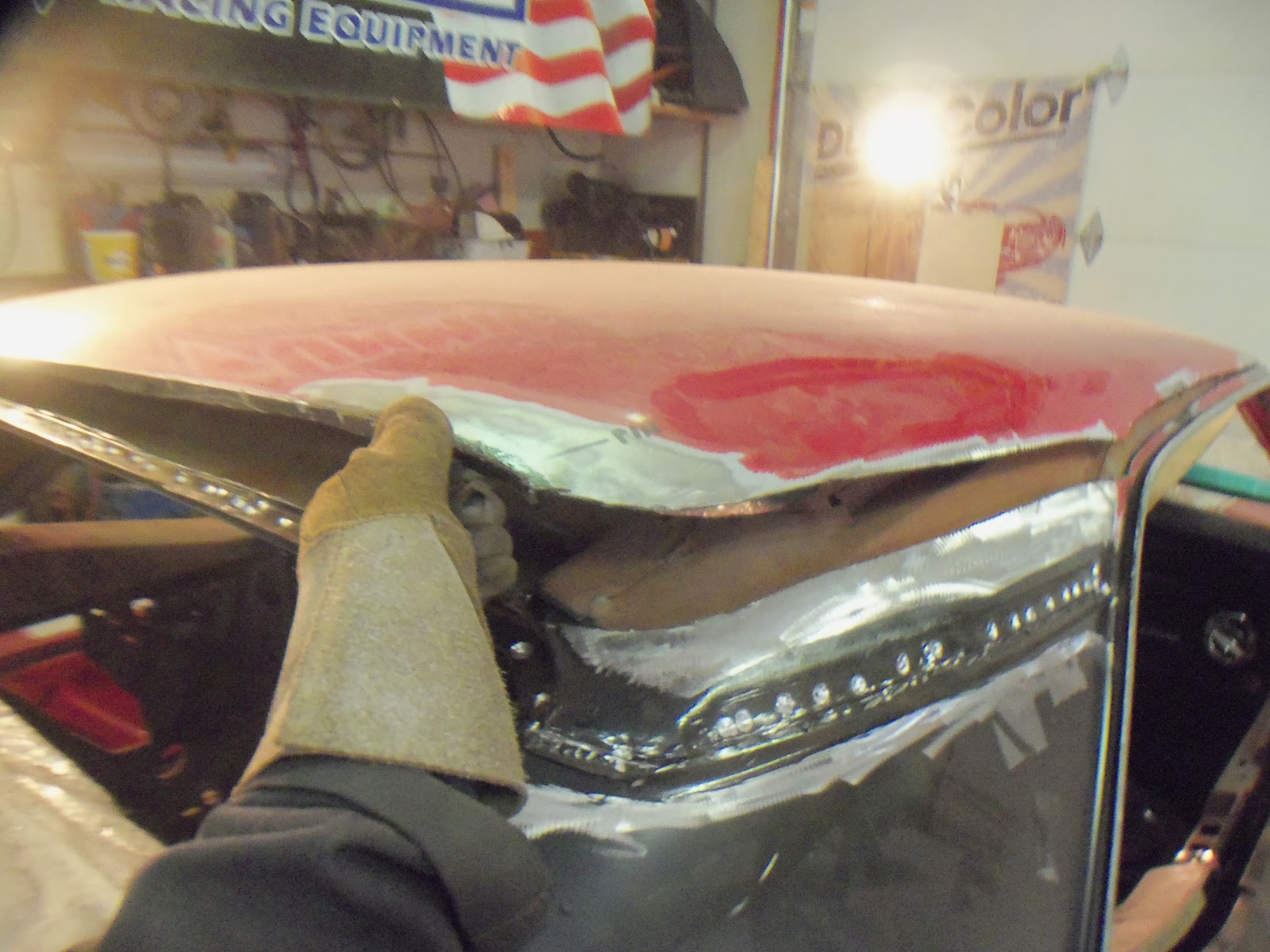 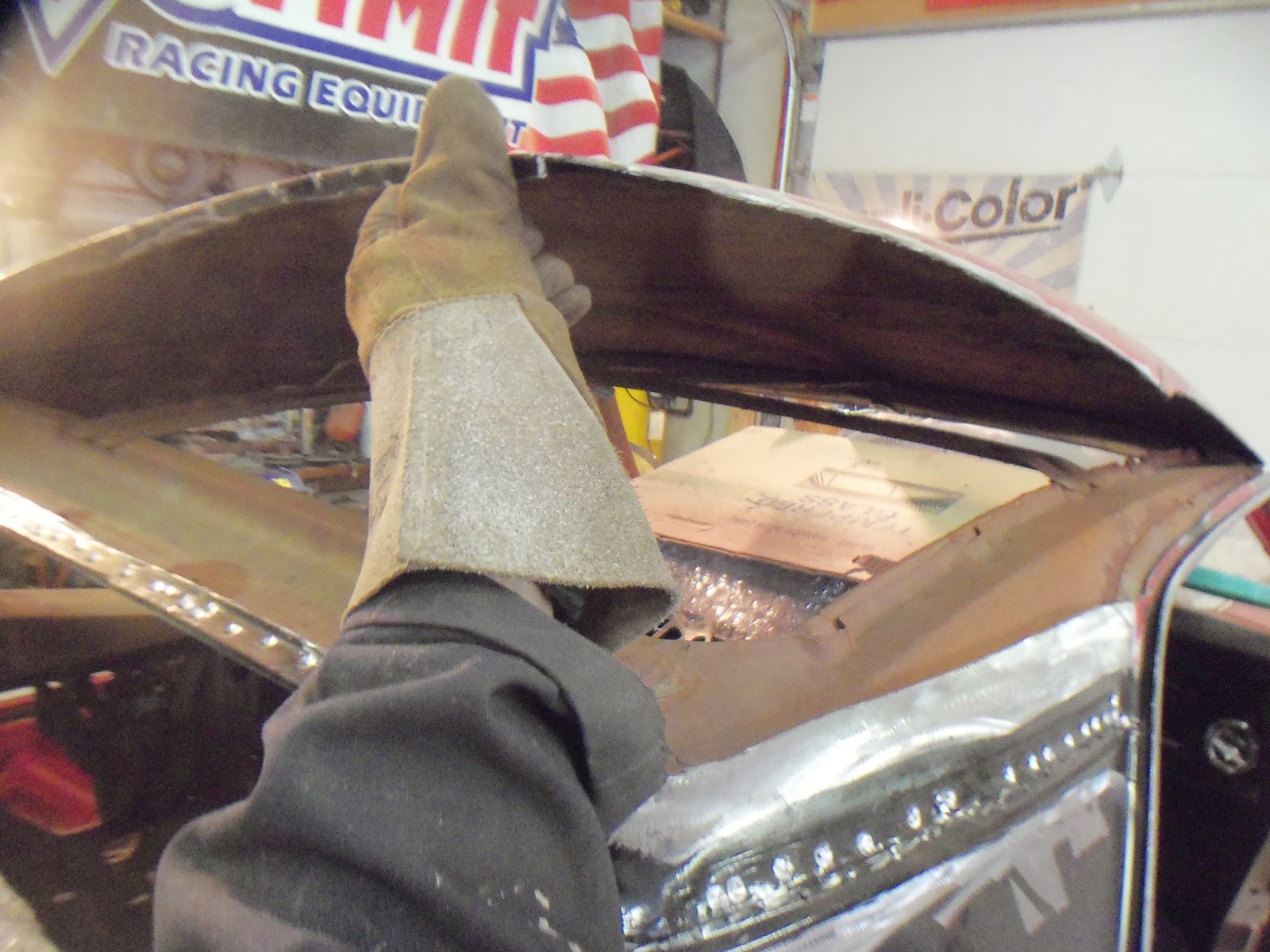 Note: Although specialized spot-weld cutters are now available, they are expensive, prone to failure and don't always do a great job.

After having tried many different brands over the years I have since reverted to good old drill bits, which do as good a job, can be re-sharpened many (many!) times and therefore end up costing a fraction of the cost , not to mention being less of a hassle to use over all as well. 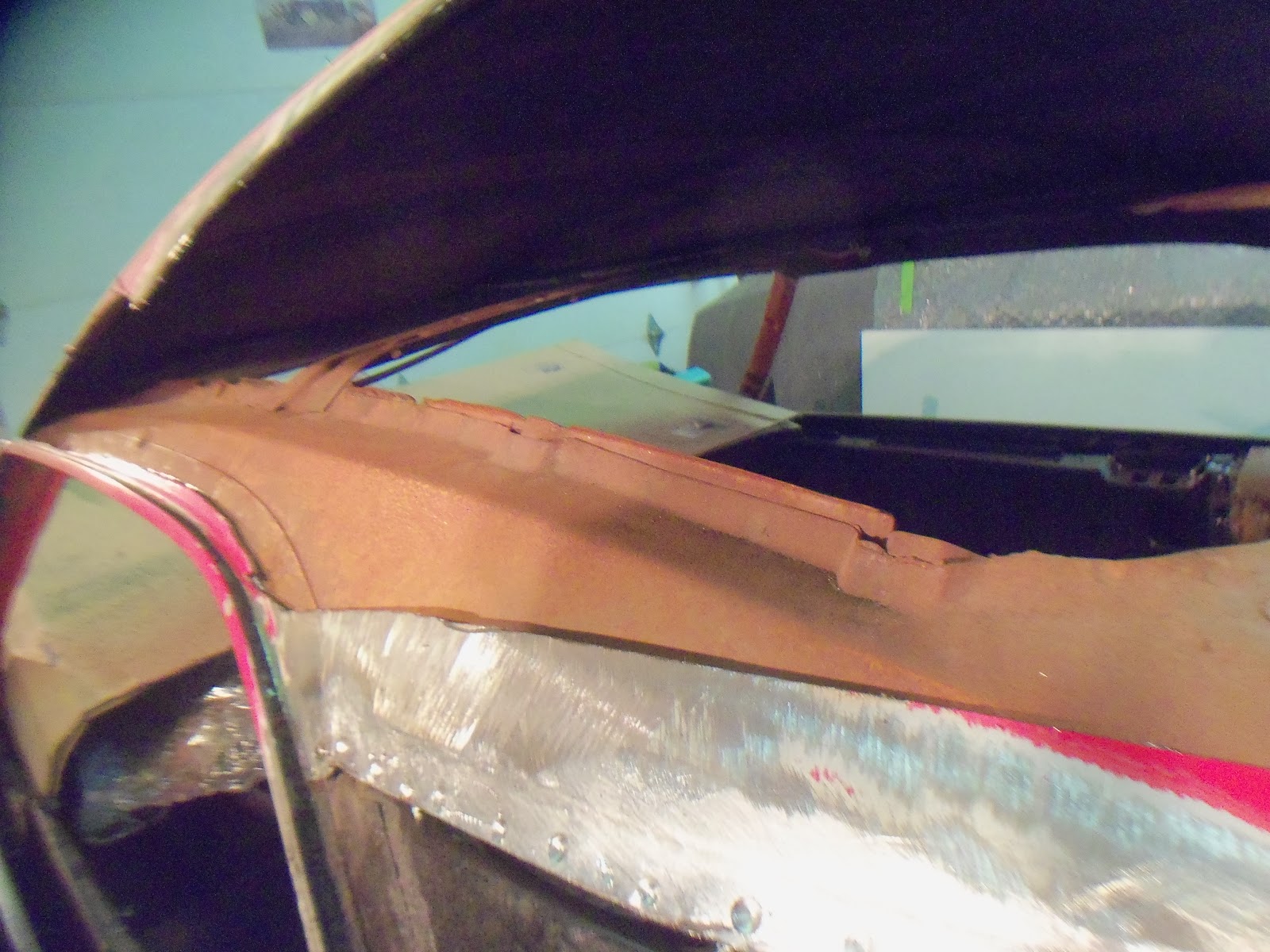 Some of the sins you'll find when removing panels:
filler crammed into a rust hole along the front upper edge..... FAIL! 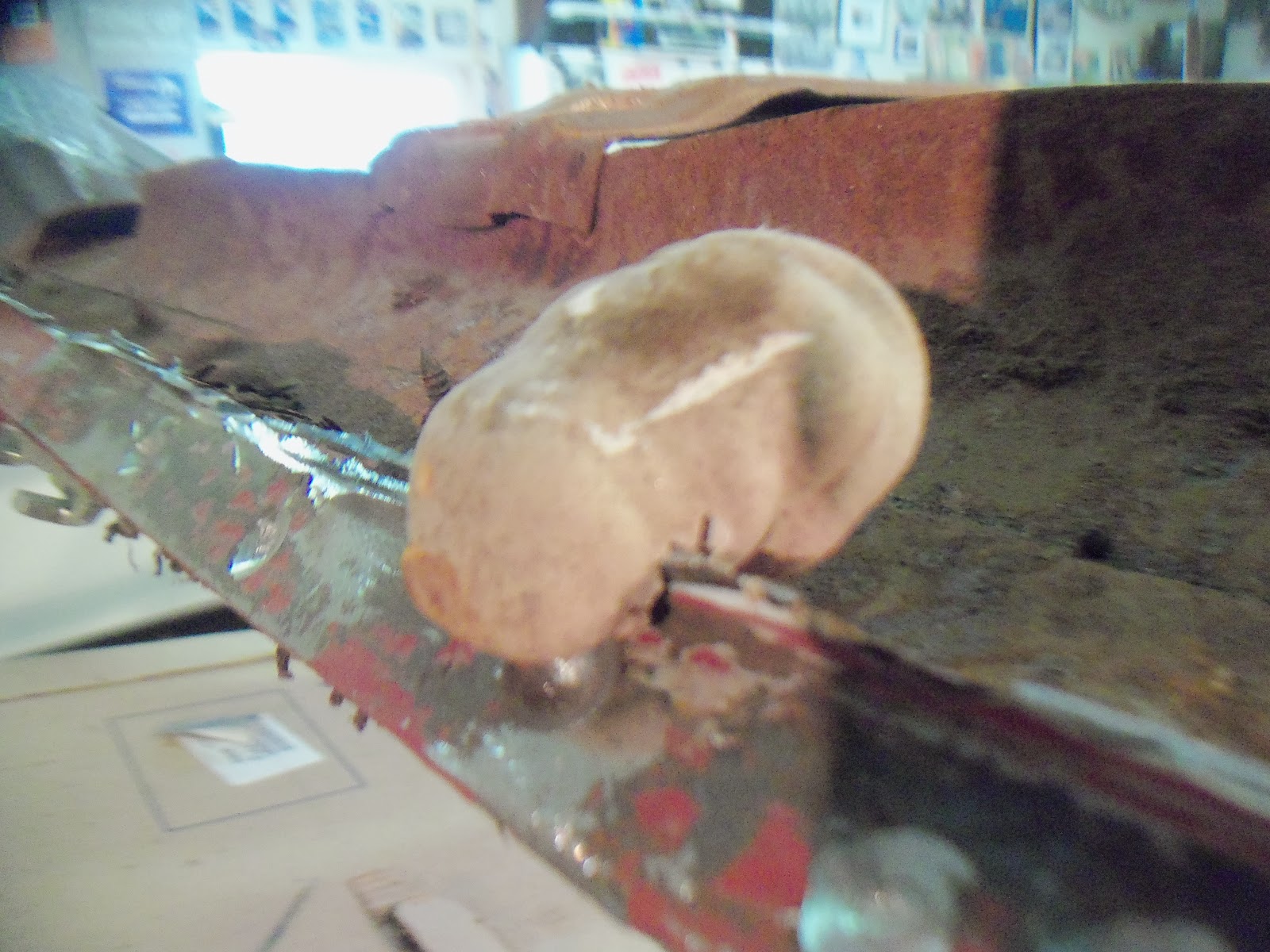 Heavy rust scale had developed between the inner structure and outer panel causing pitting and perforations in the roof panel. Not only is there no way to repair this with patches, for a proper repair the rust needs to be stopped and sealed as well. 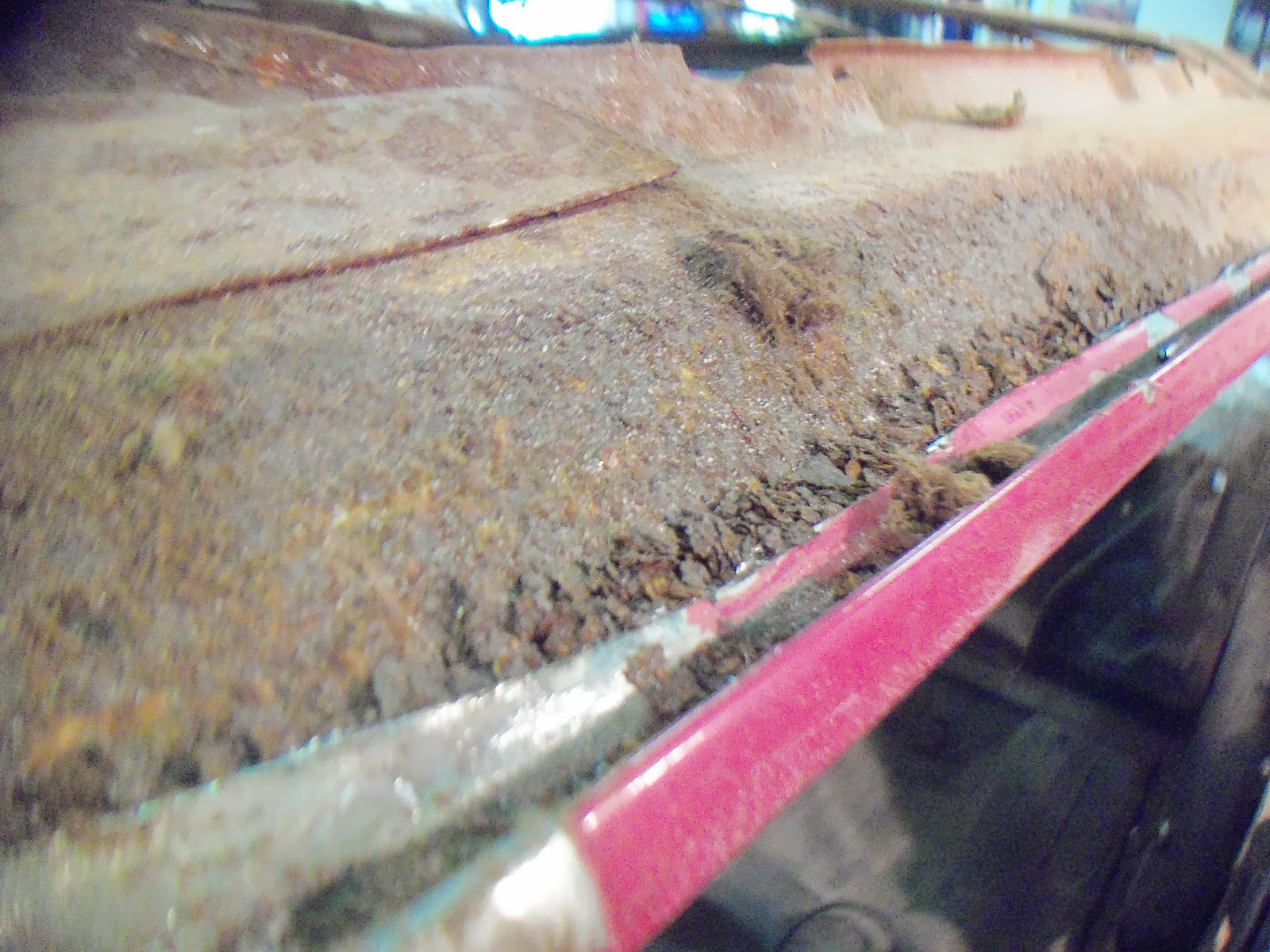 And below is the underside of the roof panel. This rust could perforate and bubble new paint at any point: 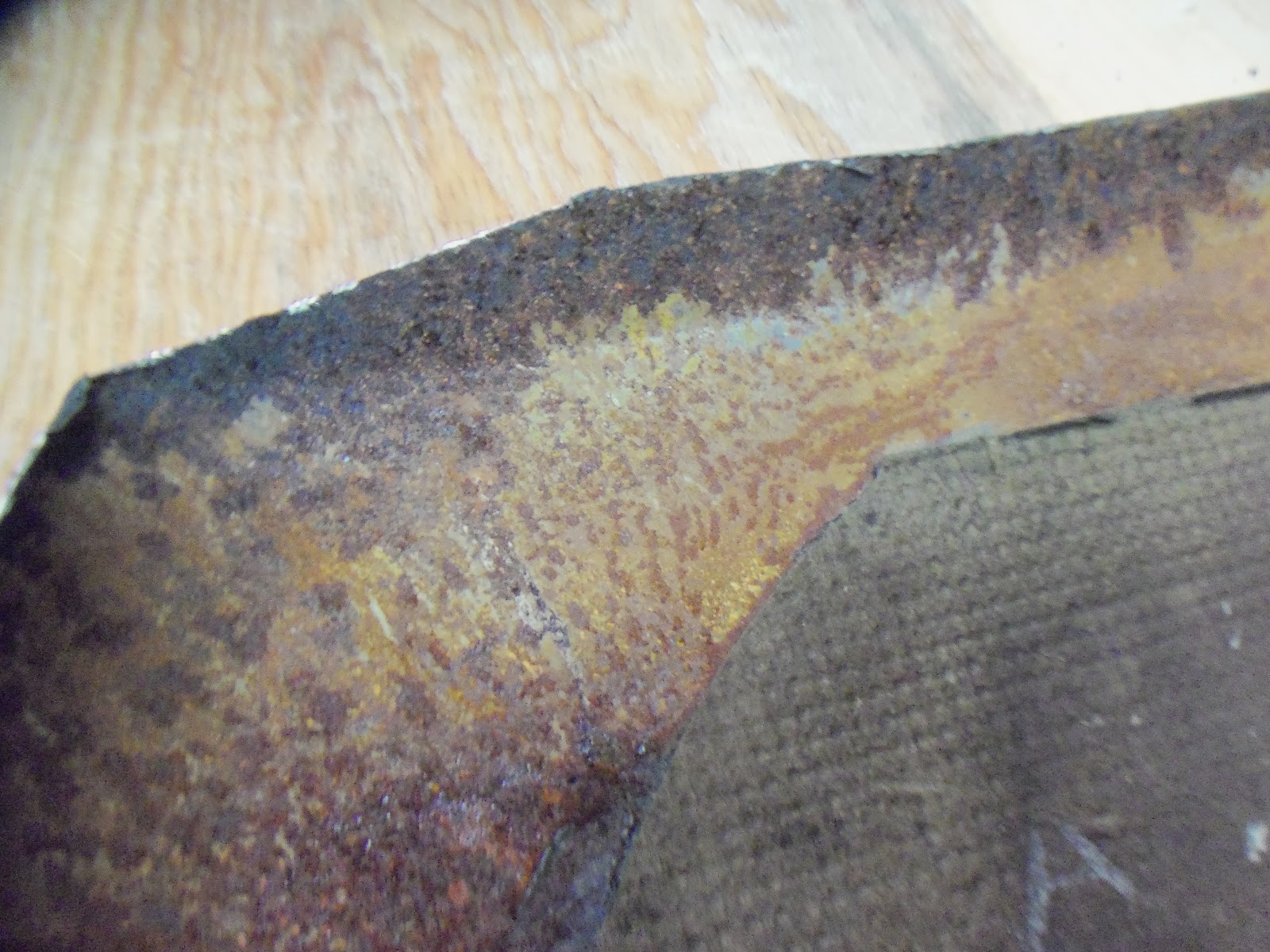 What's left after drilling and chiseling the spot welded flanges: 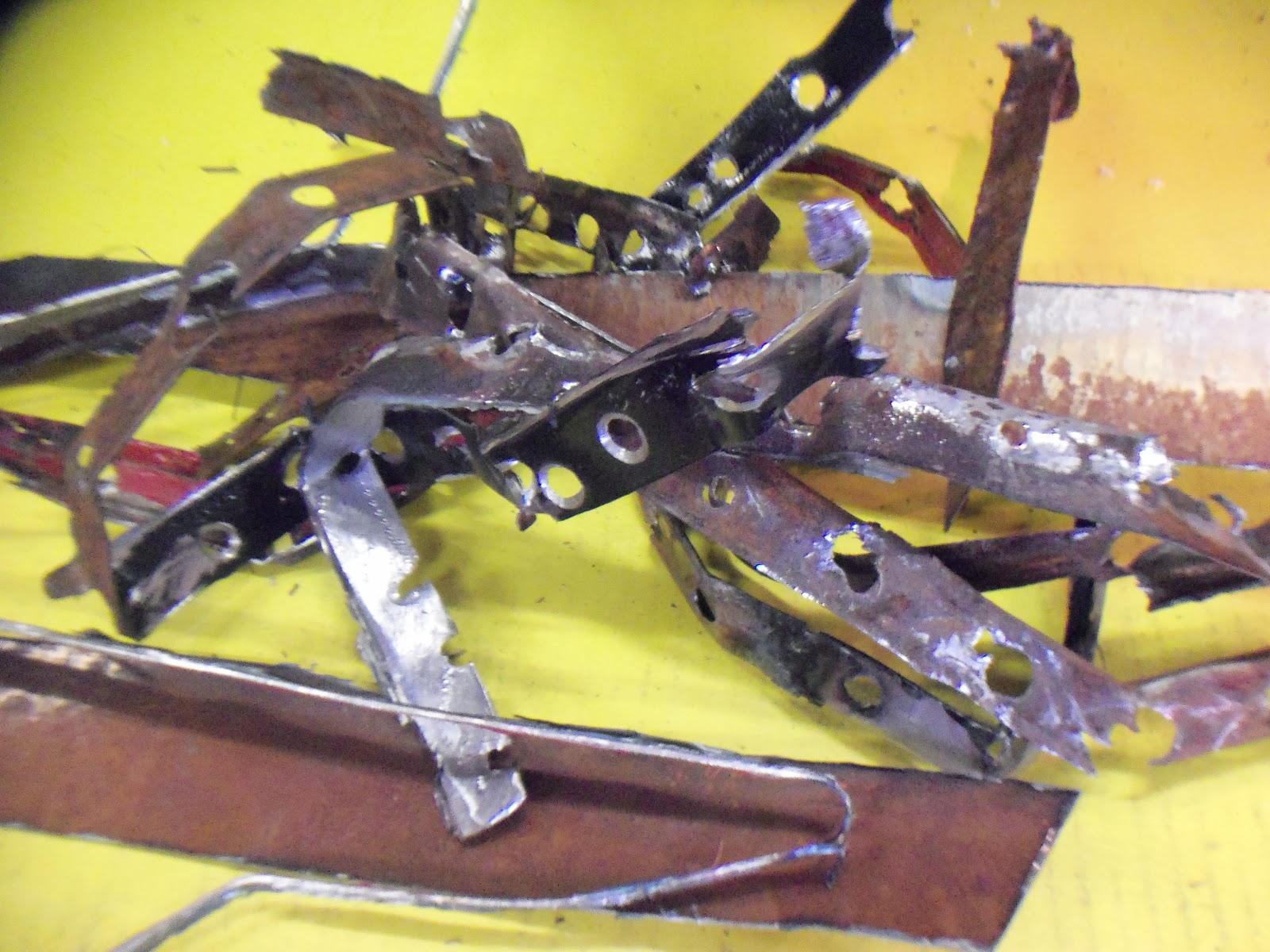 Rust scale scraped and wire-wheeled prior to rust treatment stage. 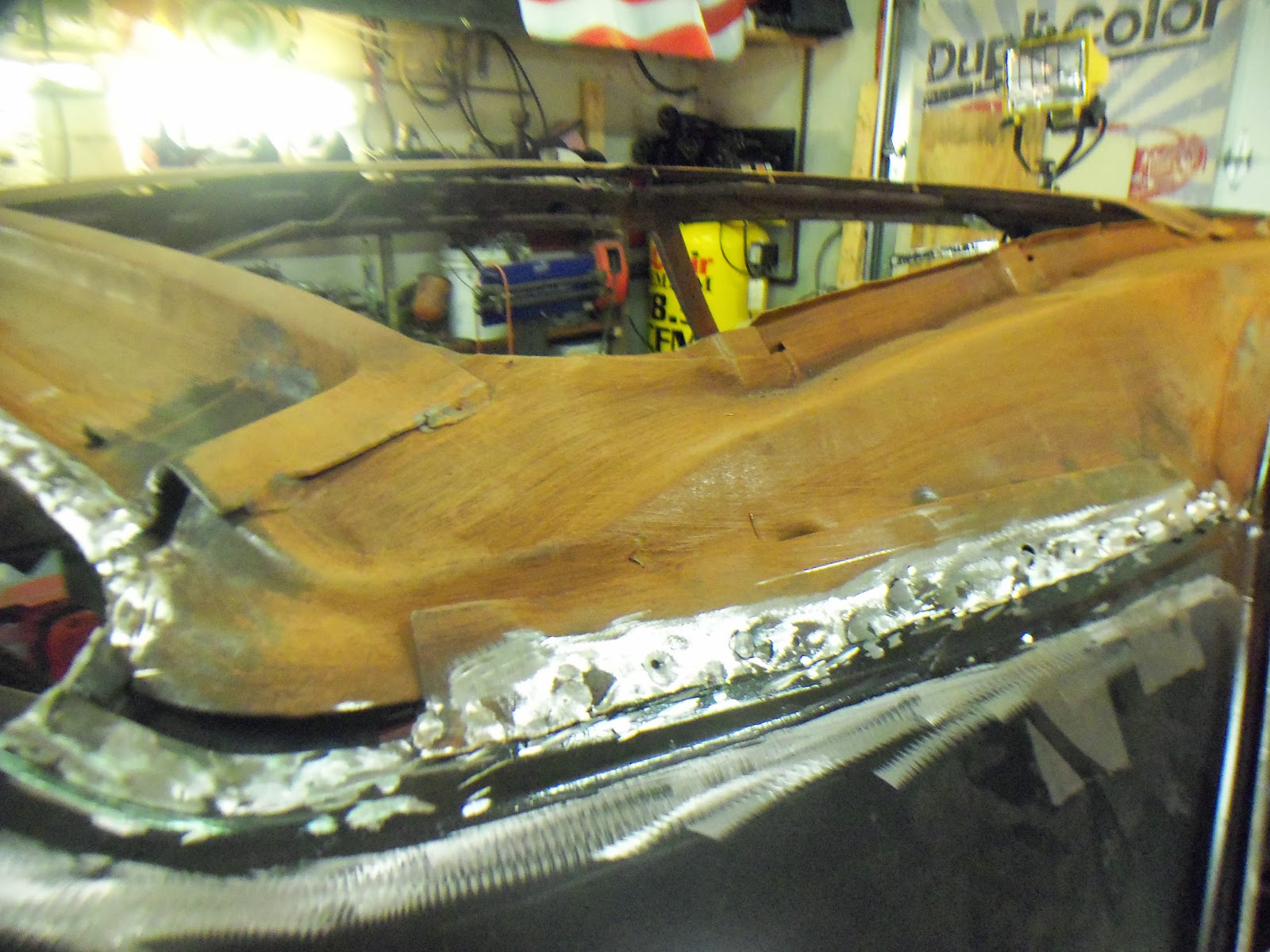 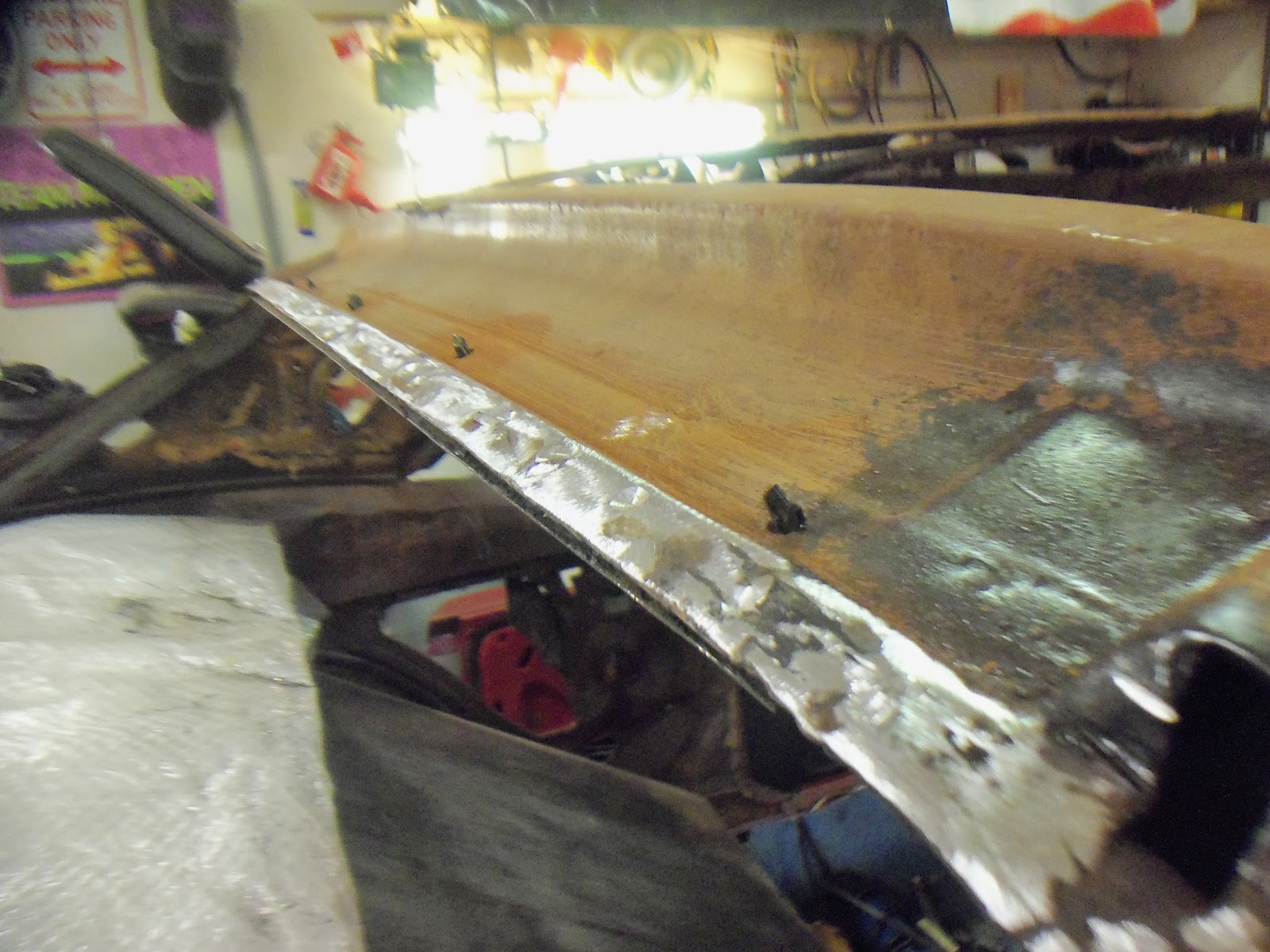 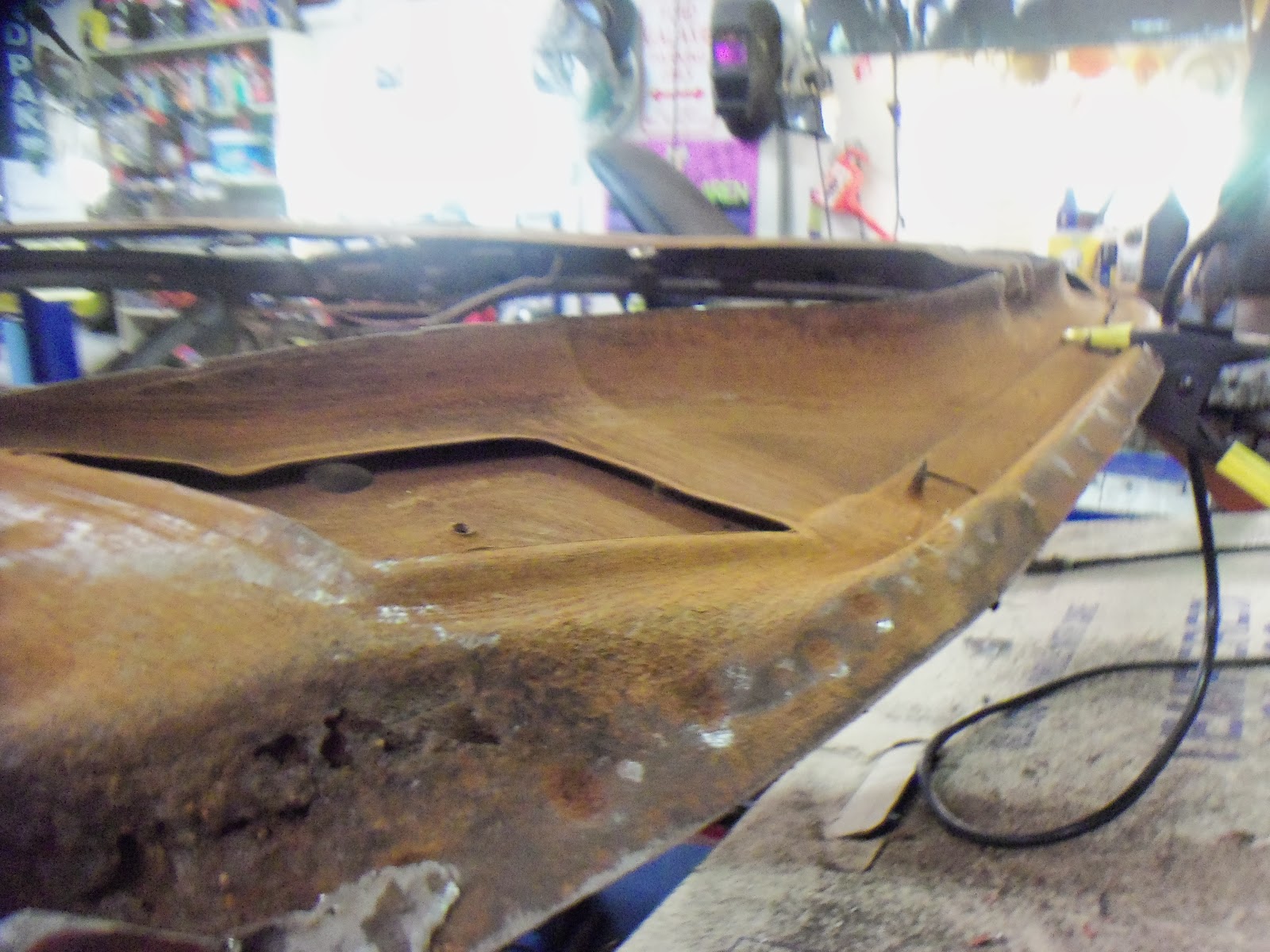 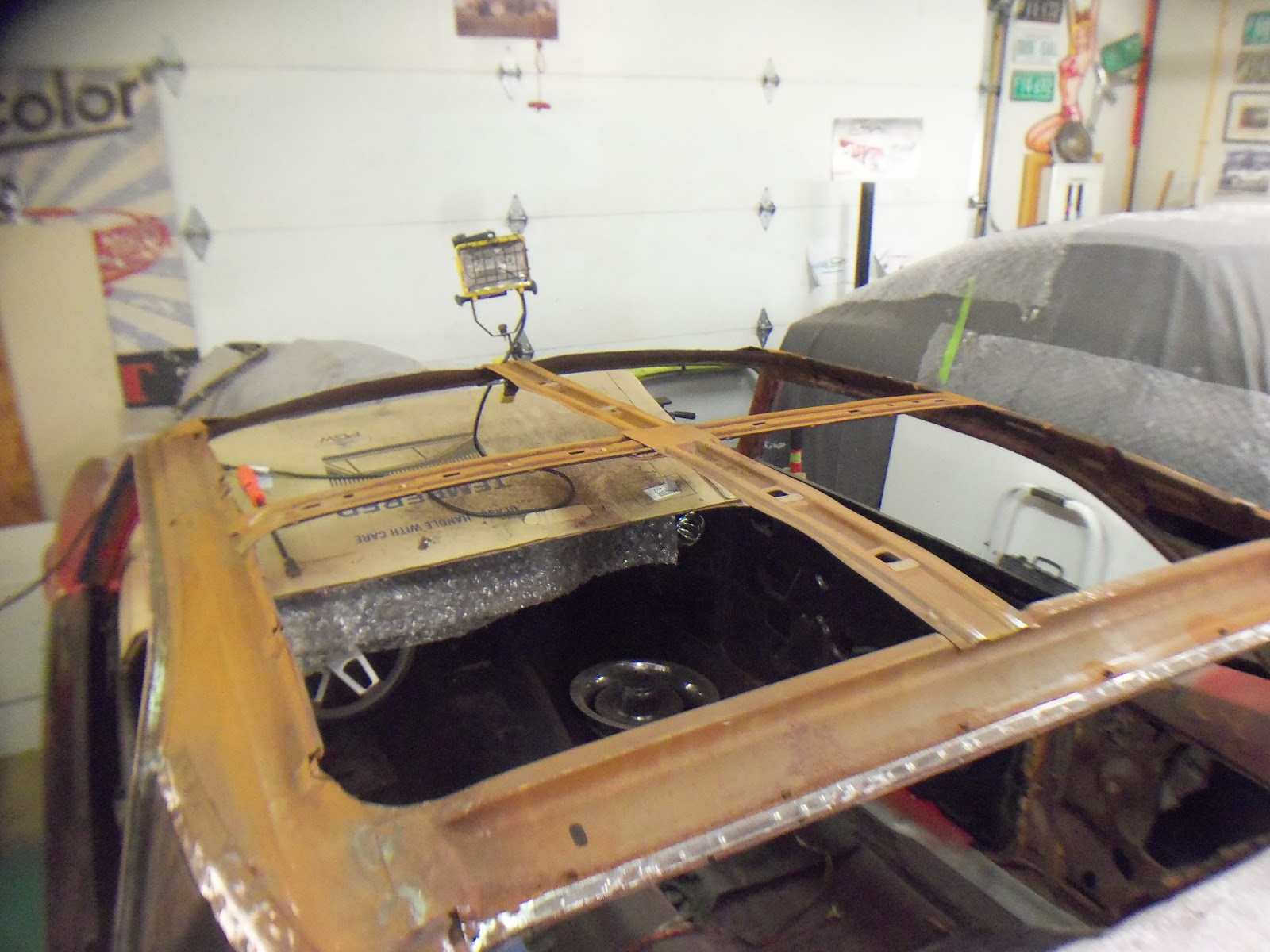 Underside of original roof panel. Note the rust along every edge - 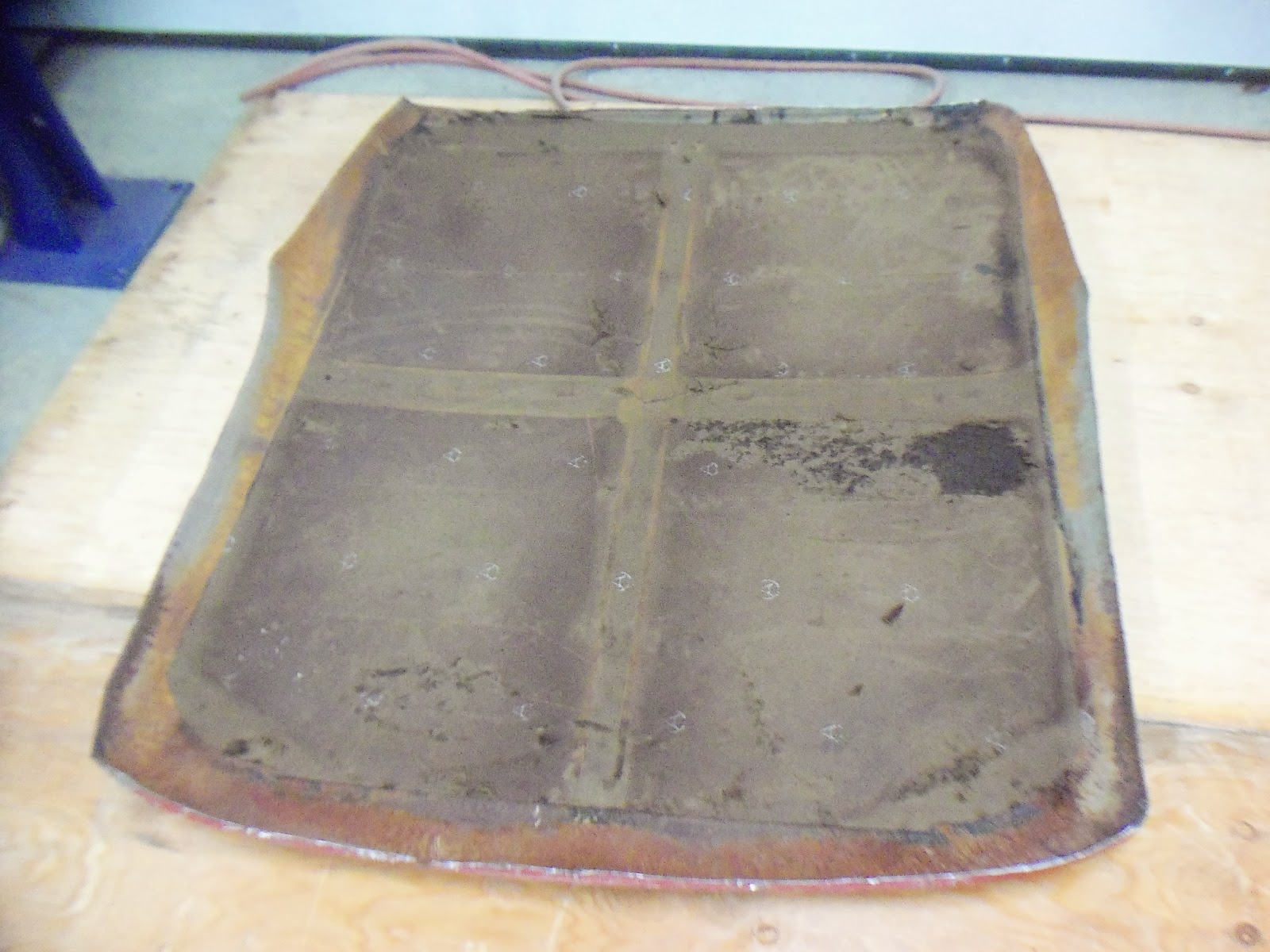 This is the front, right corner, above the A-pillar, or windshield post. The rust was heavy enough here to warrant complete replacement of these panel-sections: 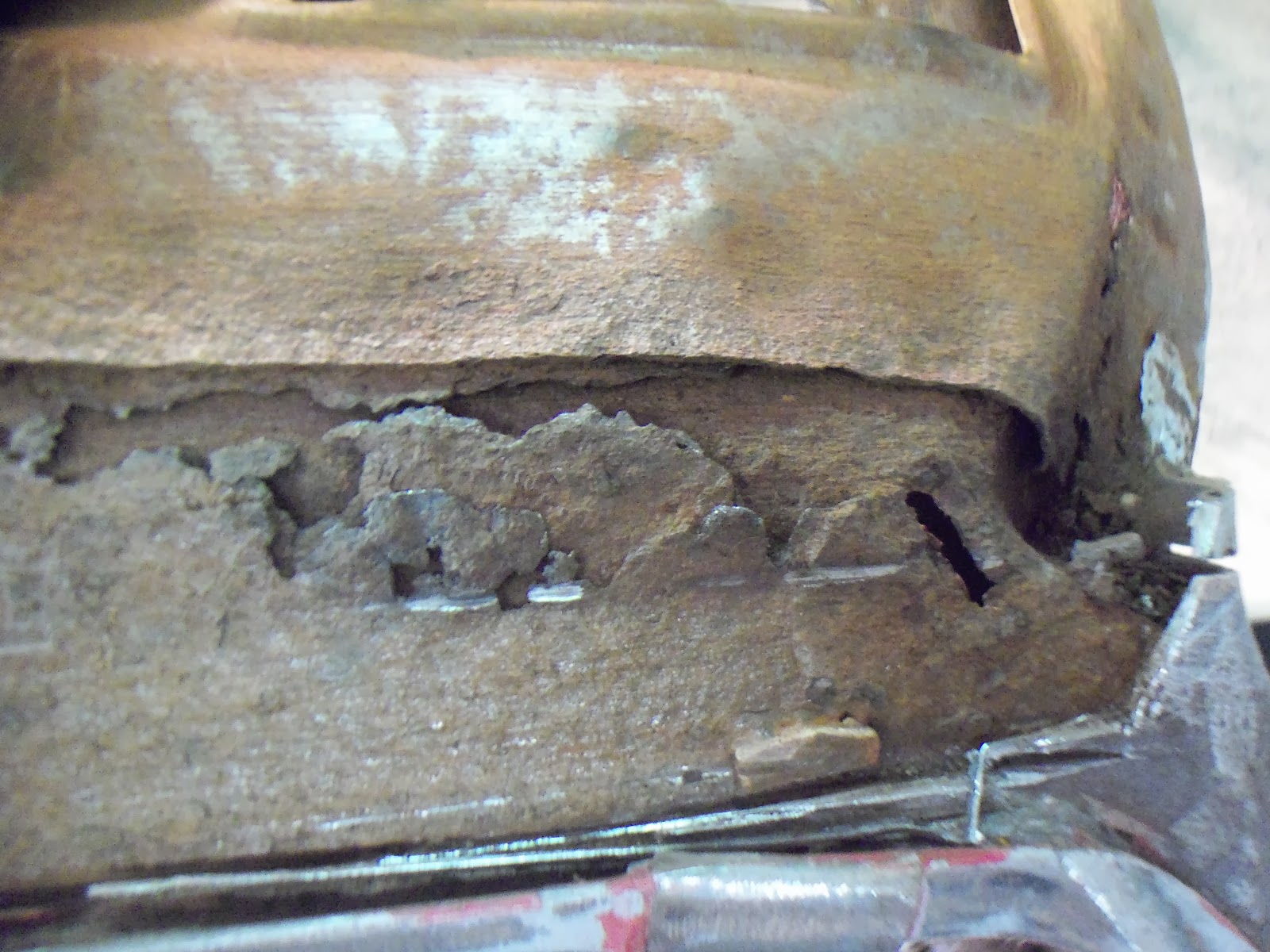 As always, the entire inner structure has been treated with Phosphoric Acid to neutralize ("fix") any remaining rust, then permanently sealed with Rust Bullet, a single-stage, air/humidity cured epoxy: 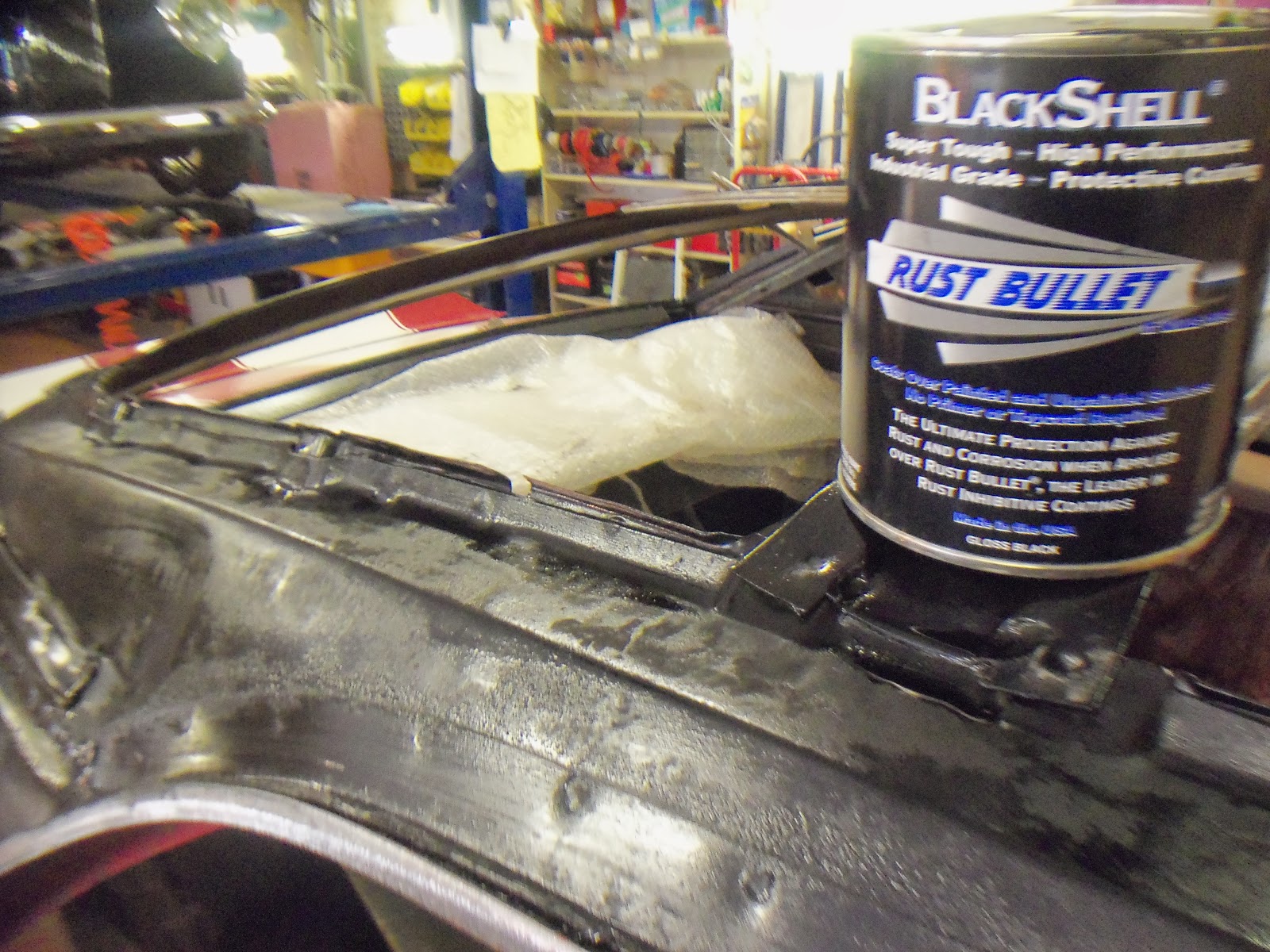 As above, with the rusted bits cut out. 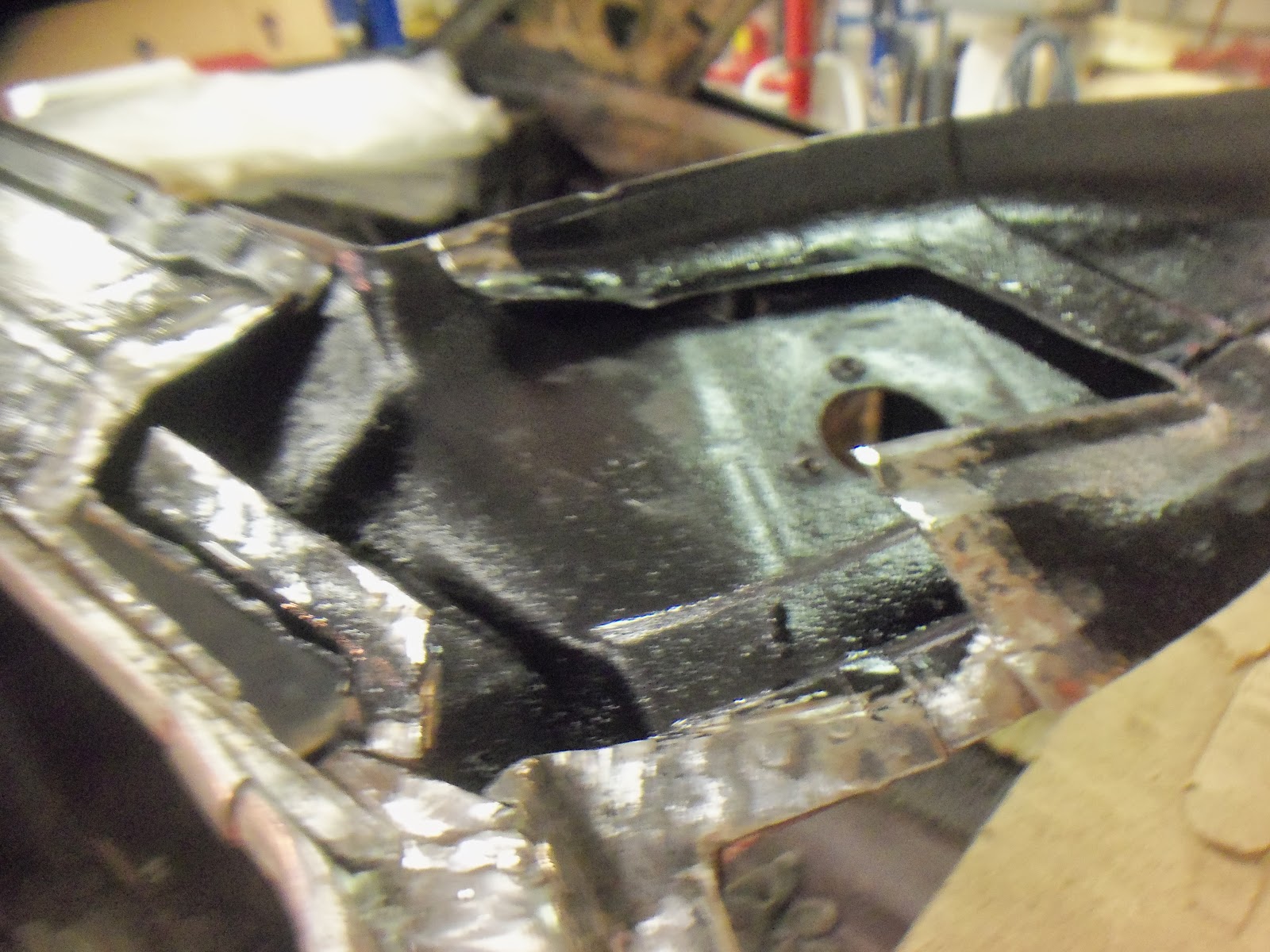 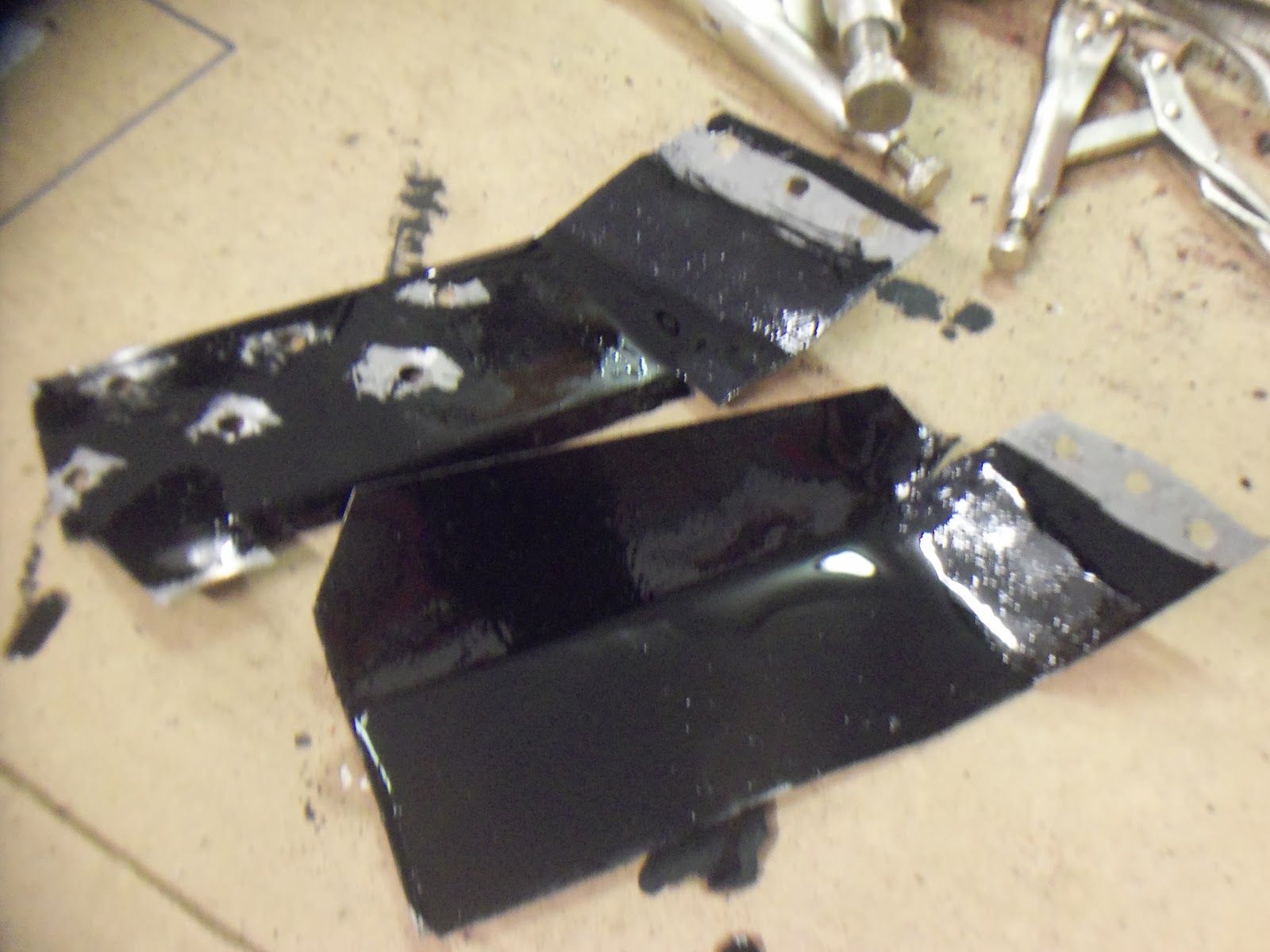 And now welded, dressed and re-coated with Rust Bullet - 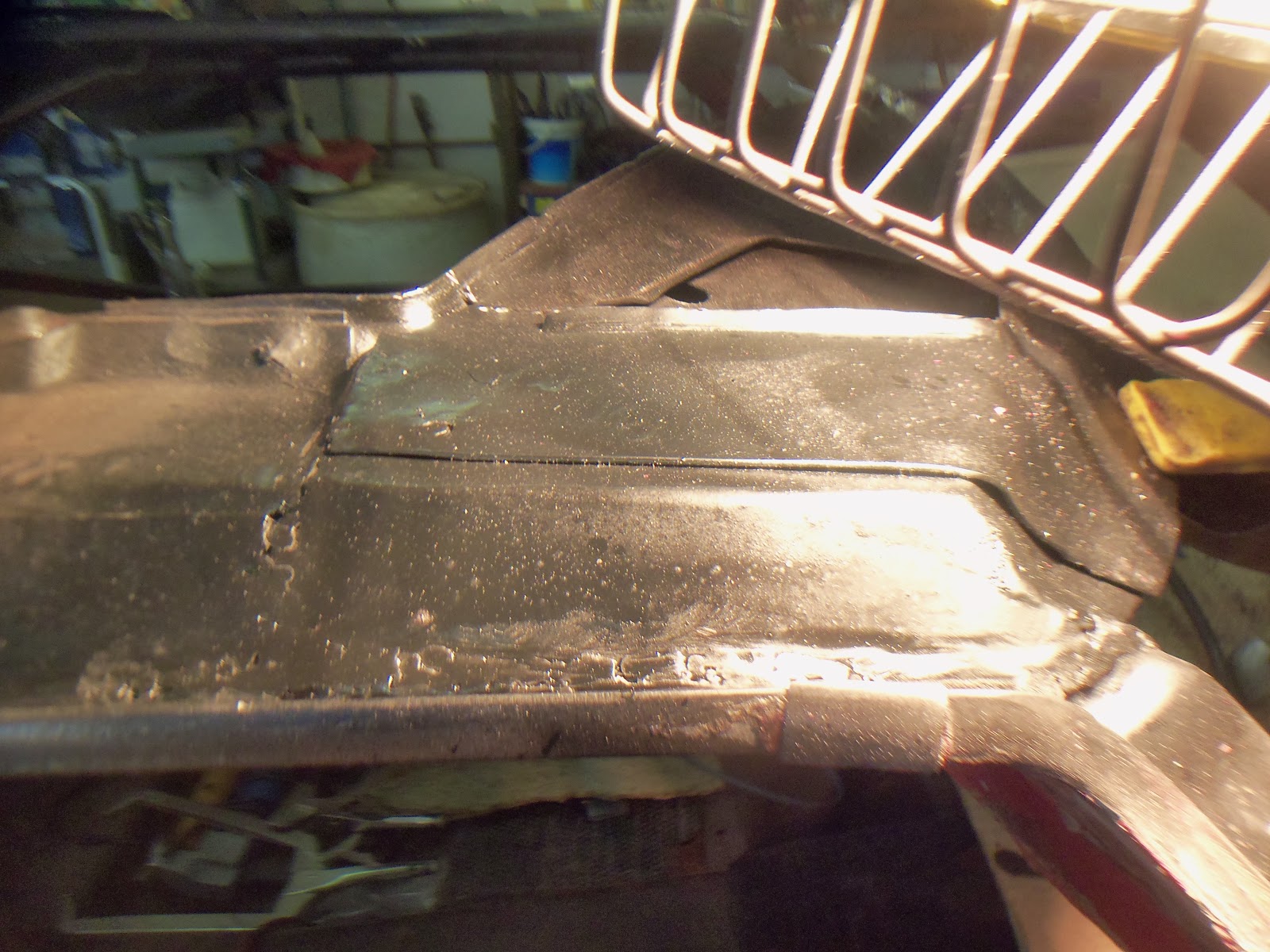 Roof fitment. The panel will be on and off several times, plus propped up in sections to adjust edges and match up corners as well as drill plug-welding holes and grind edges for welding: 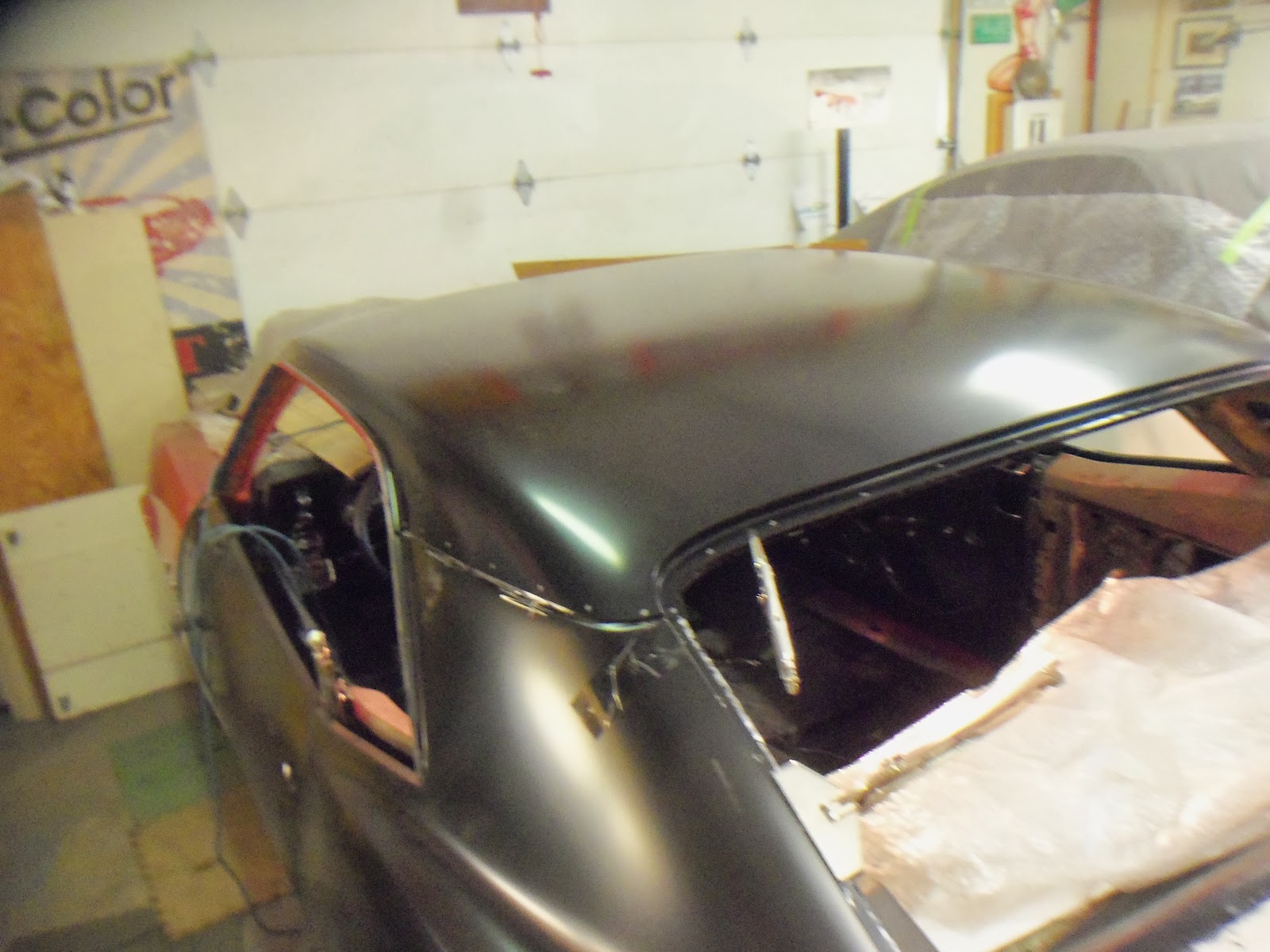 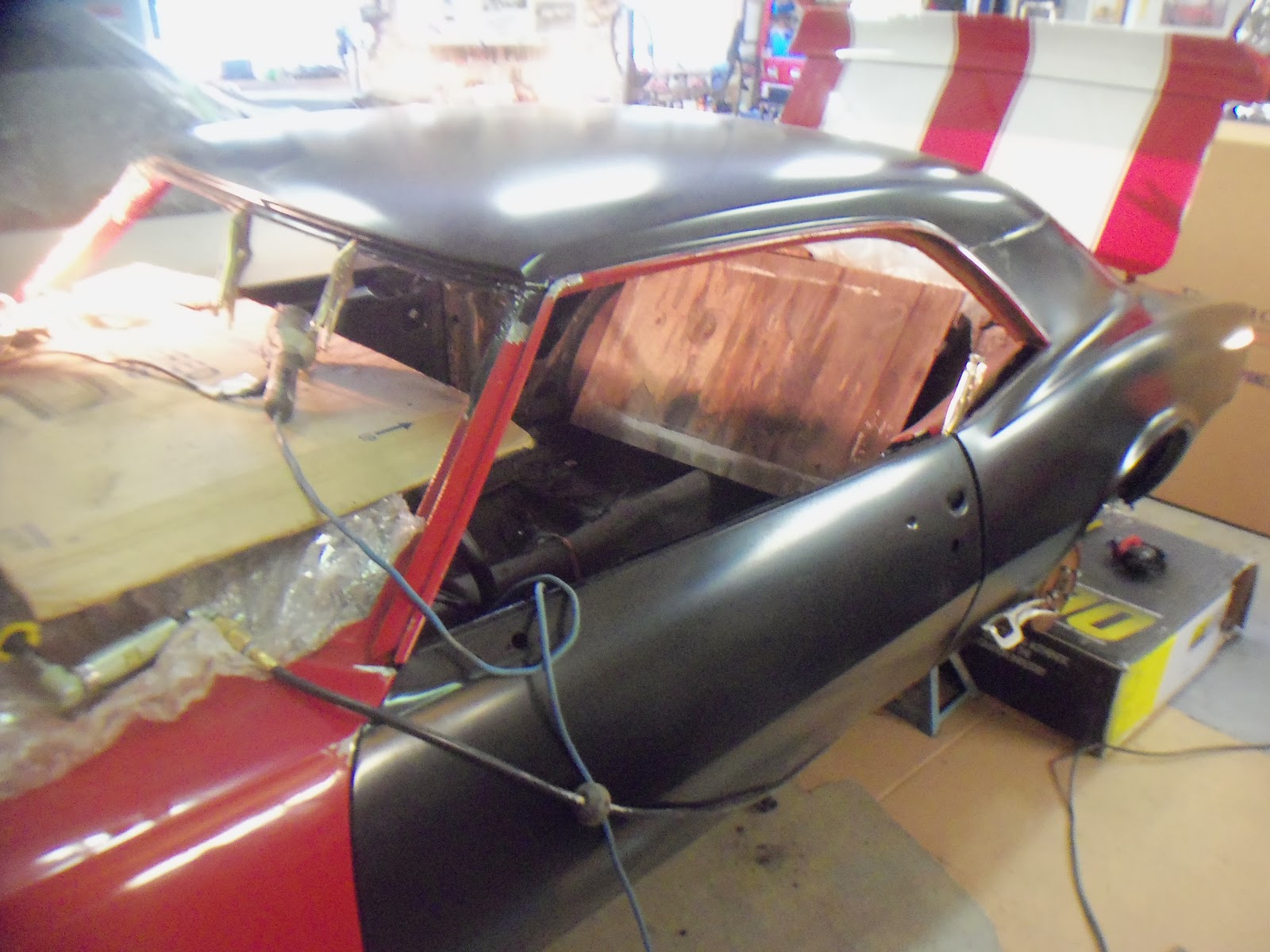 Don't forget to check out my website at www.E-tekRestorations.com !
Posted by E-tek at Saturday, February 15, 2014