Upon posting up my work on the completed Left side, I was reminded that I was supplied with new Viking coilover, double-adjustable shocks. D'Oh! Luckily I had only done the one side and it didnt take much to swap out the shock set-up.... 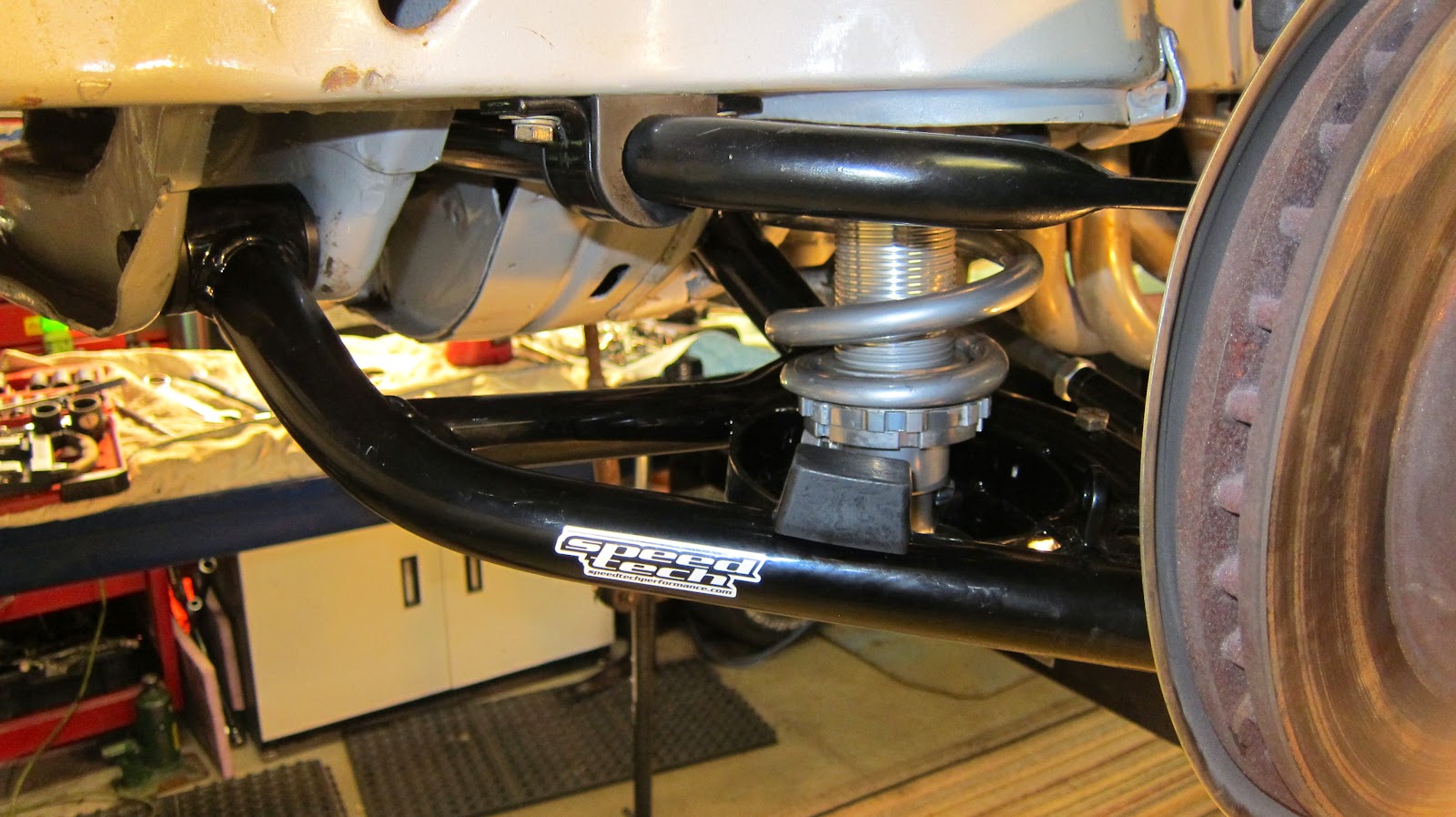 The Viking set up is a very nice kit - 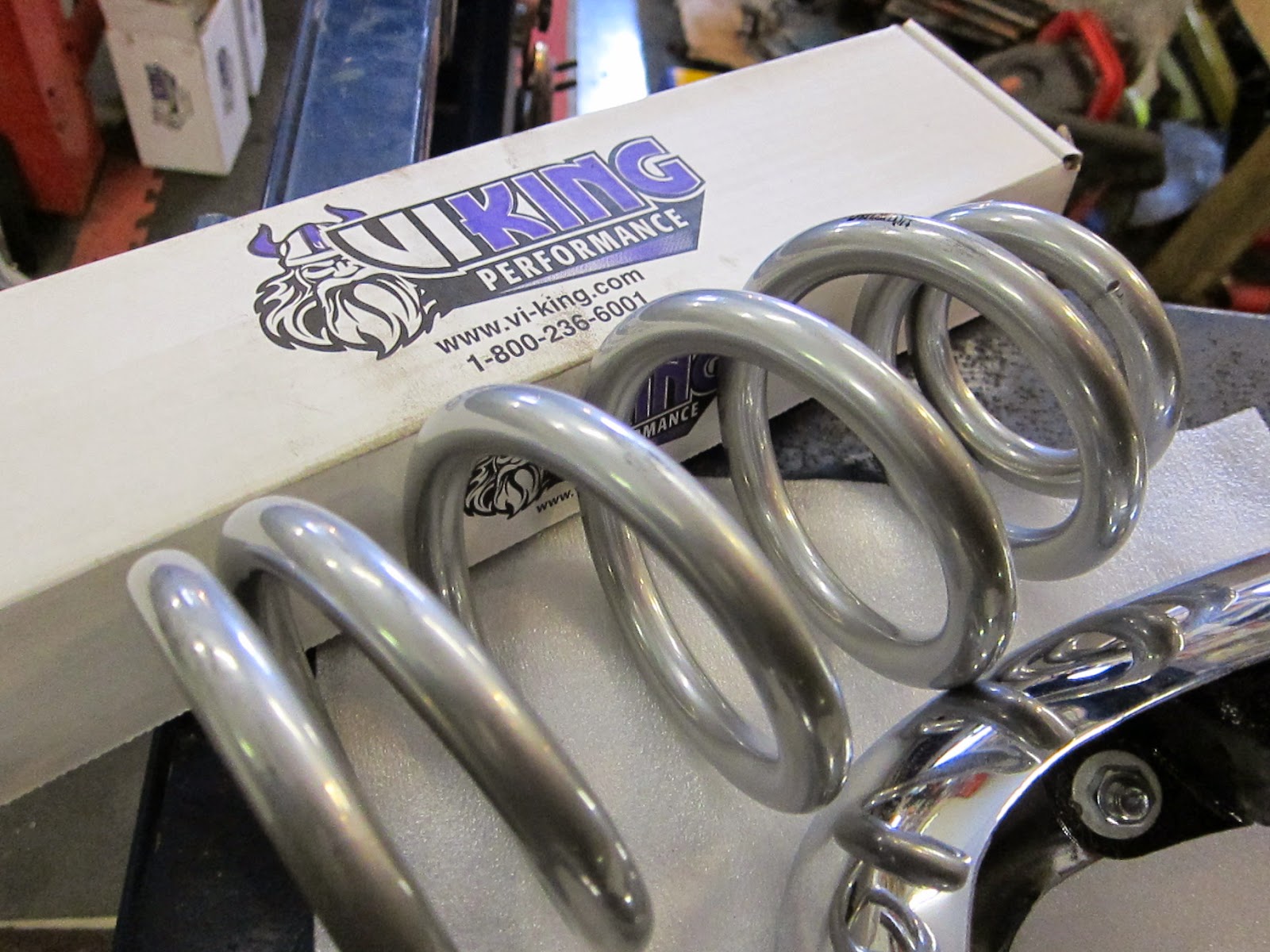 The right-side lower control arm was a hell of alot tougher to install, likely due to a slightly tweaked cross member. Jusdging by the bent lower lip, this side of the cross member contacted something solid at some point in it's life. This will have to be kept in mind during the alignment phase and if shims are not enough to correct for it, it may have to be measured and pulled forward. 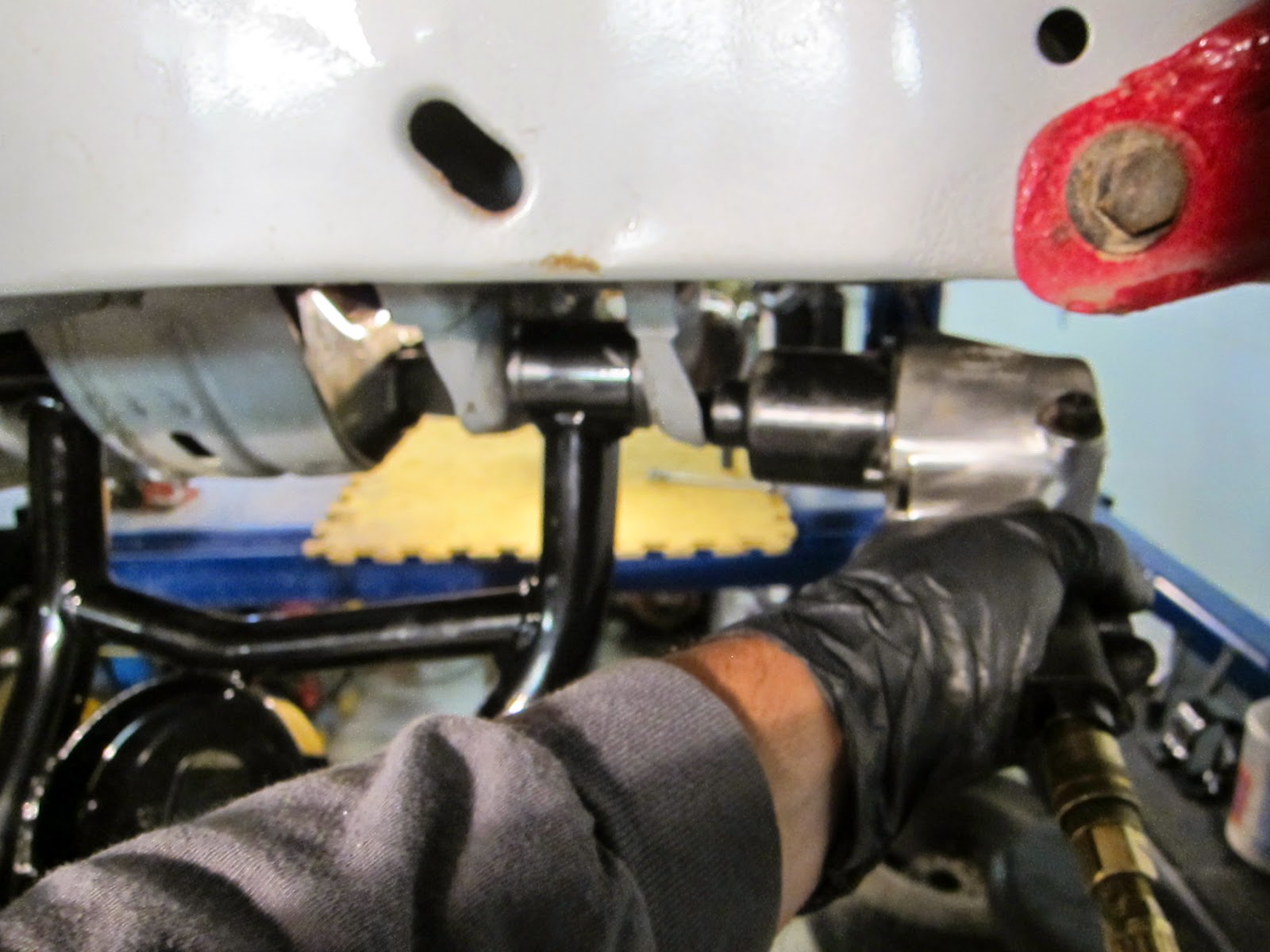 With the upper and lower control arms installed, it was time to install the Viking shock system - Double-adjustable coilovers should add a lot of tuning ability to the front end. With the right tires this Camaro should be a hoot on the track! 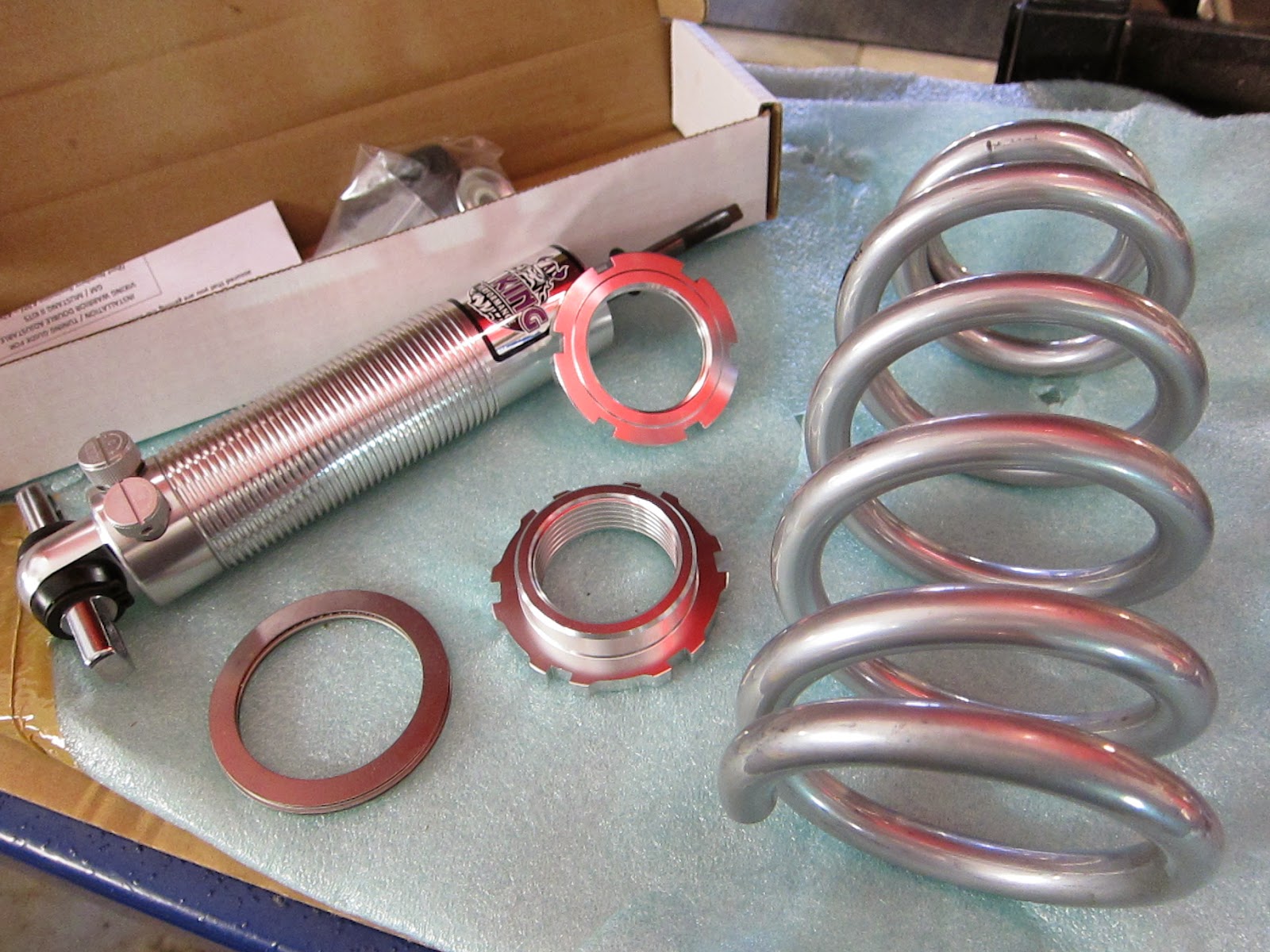 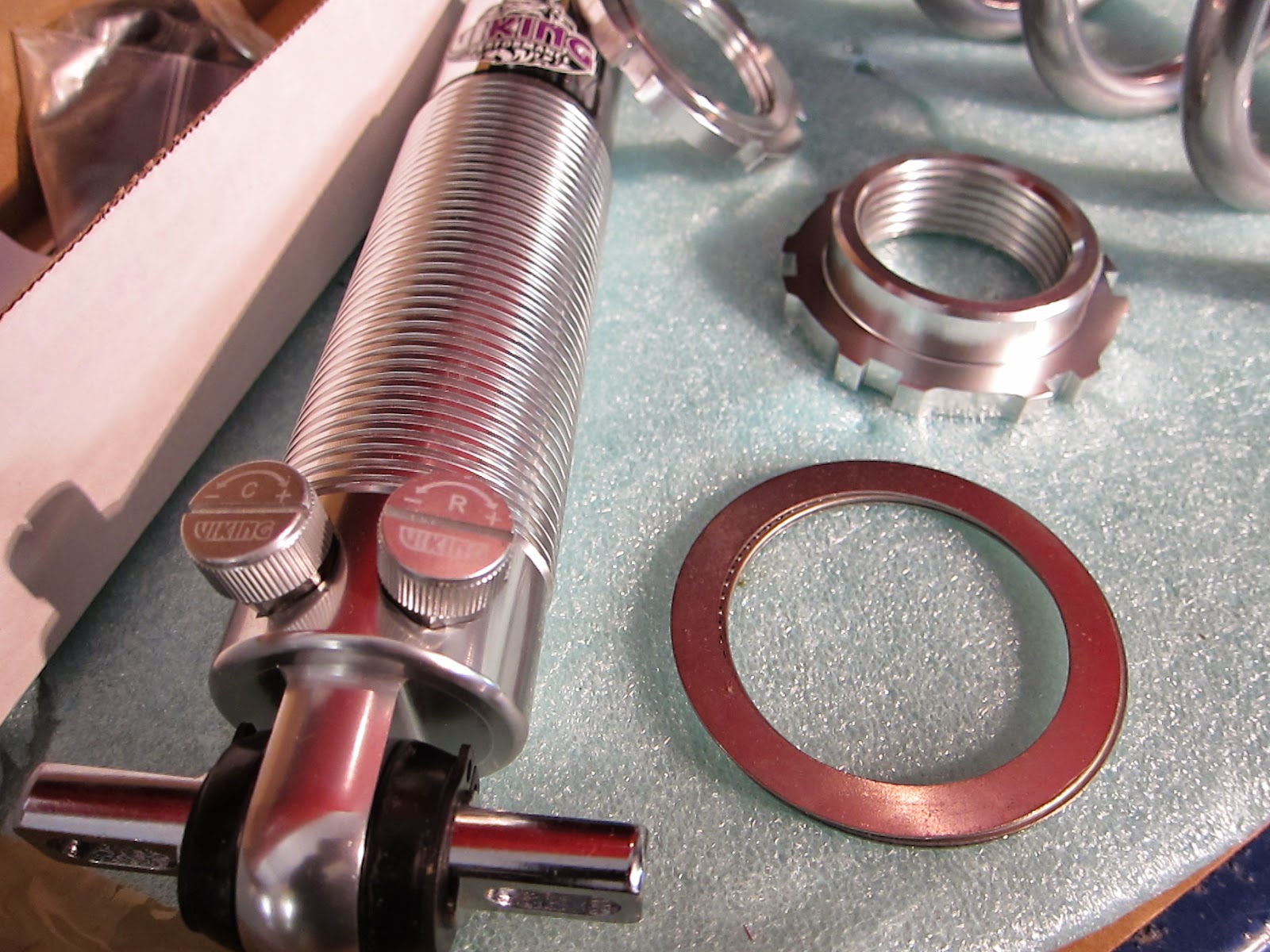 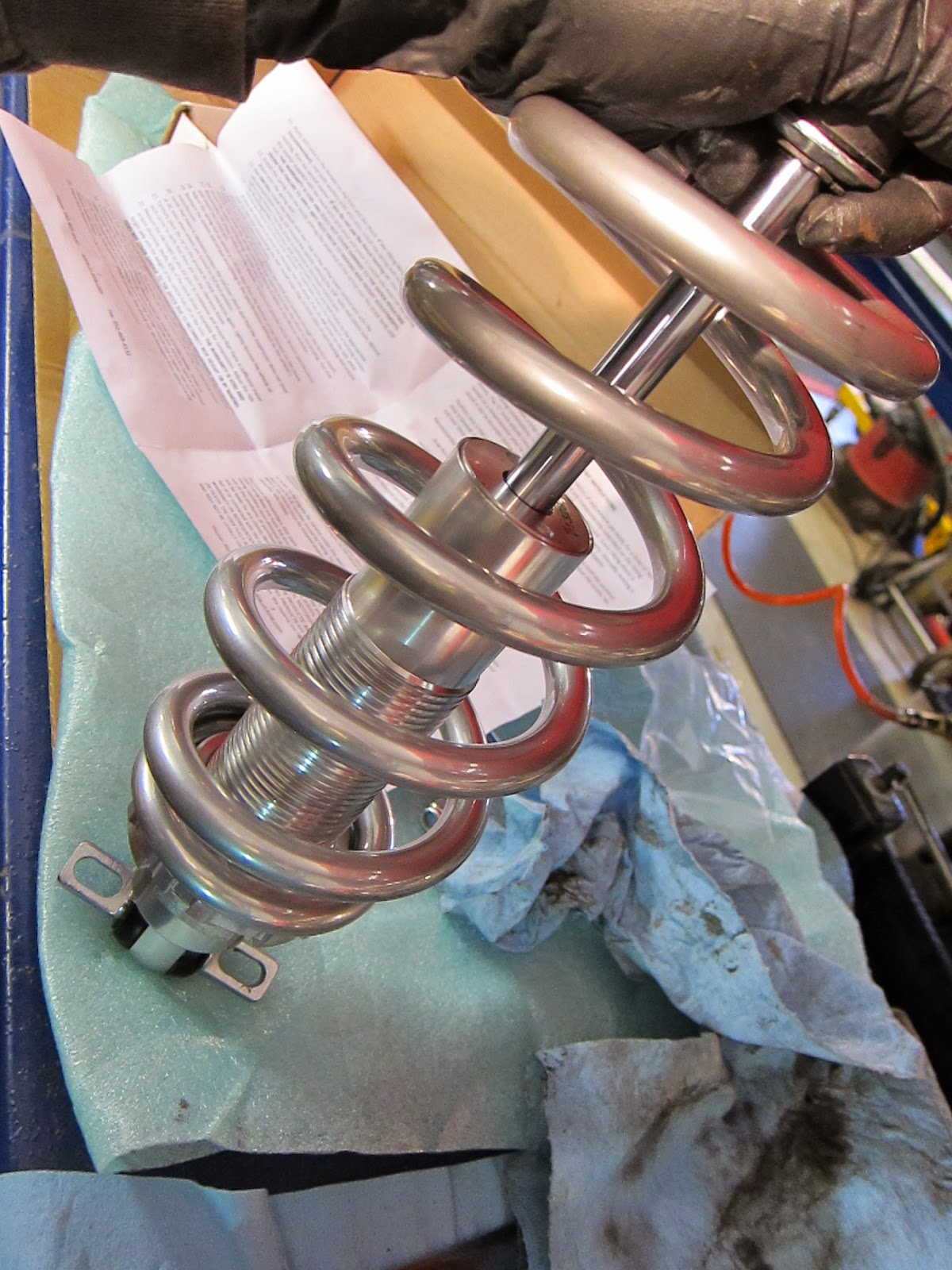 Cinching up the ball joints - 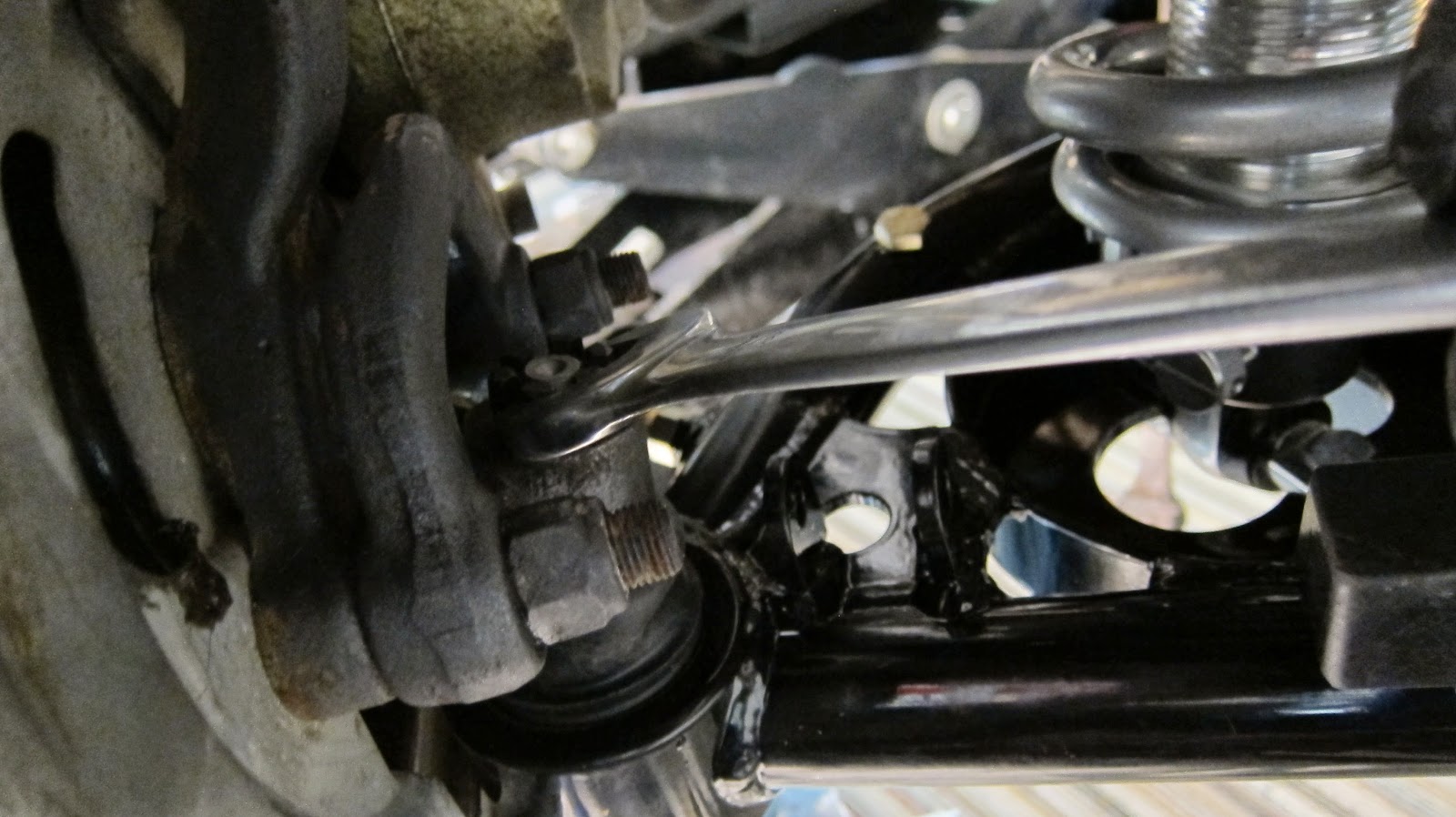 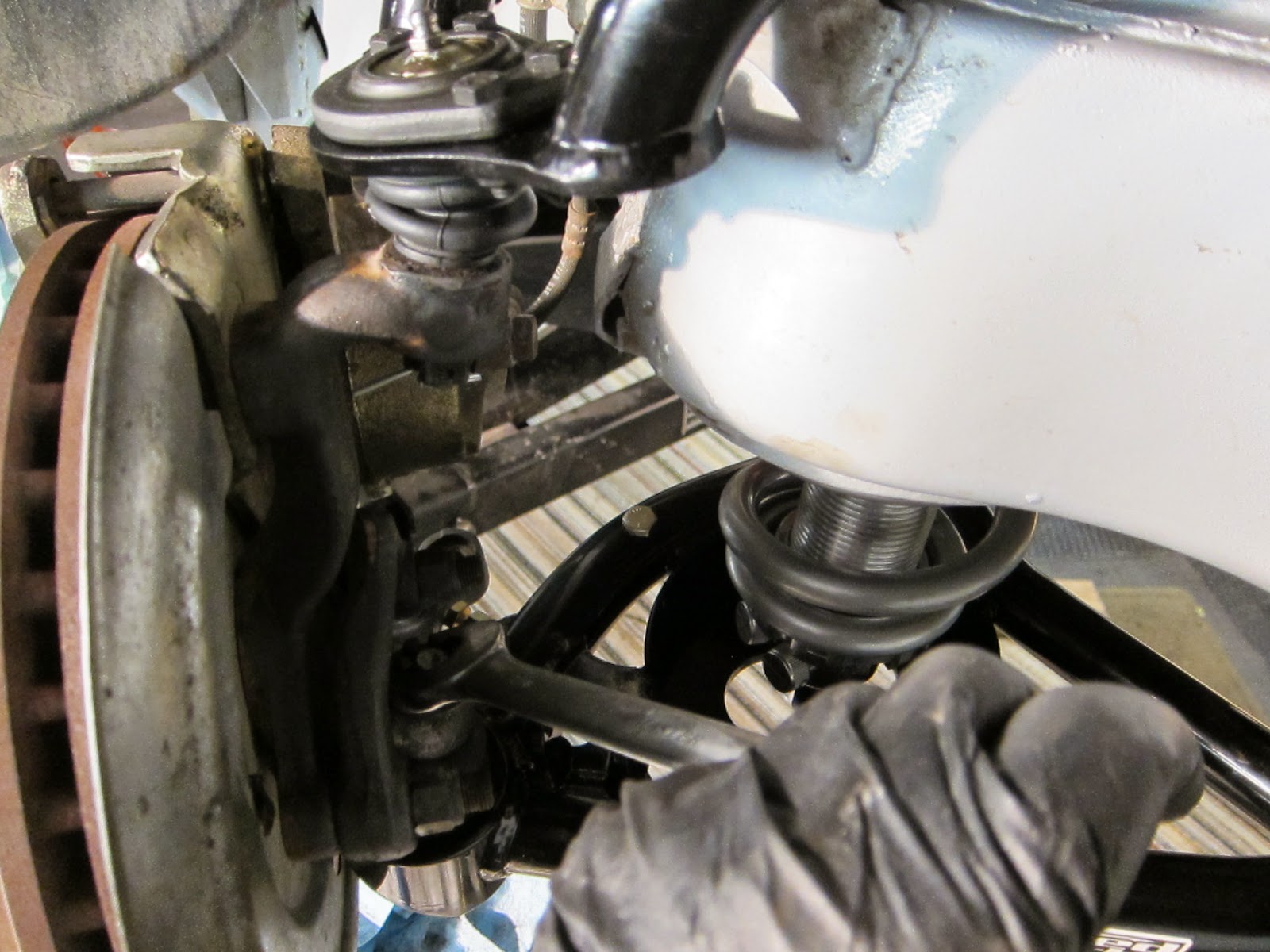 The big new sway bar was next. After coating the rubber busing and steel mount with the included lubcrication, I bolted them up the frame. 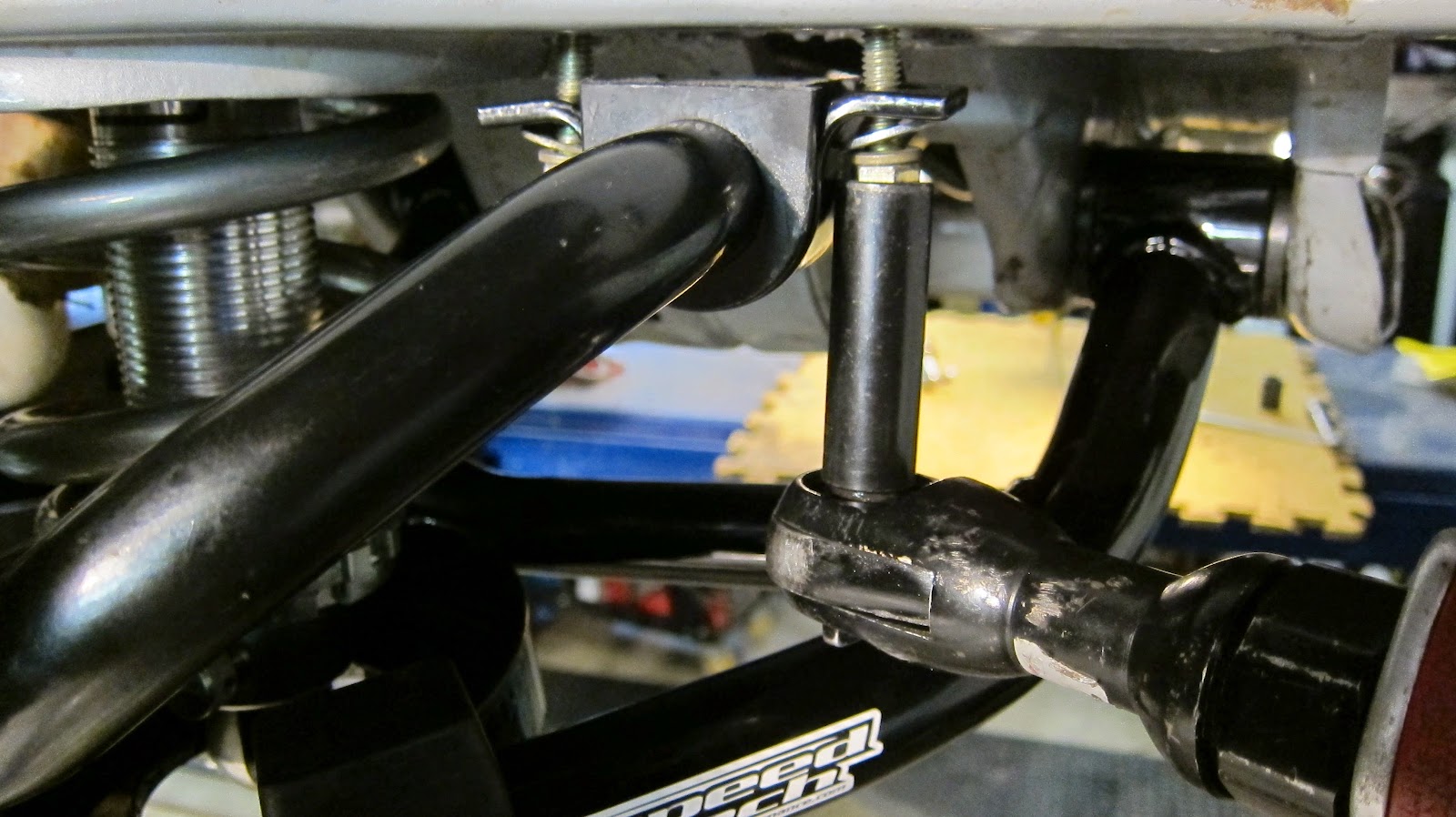 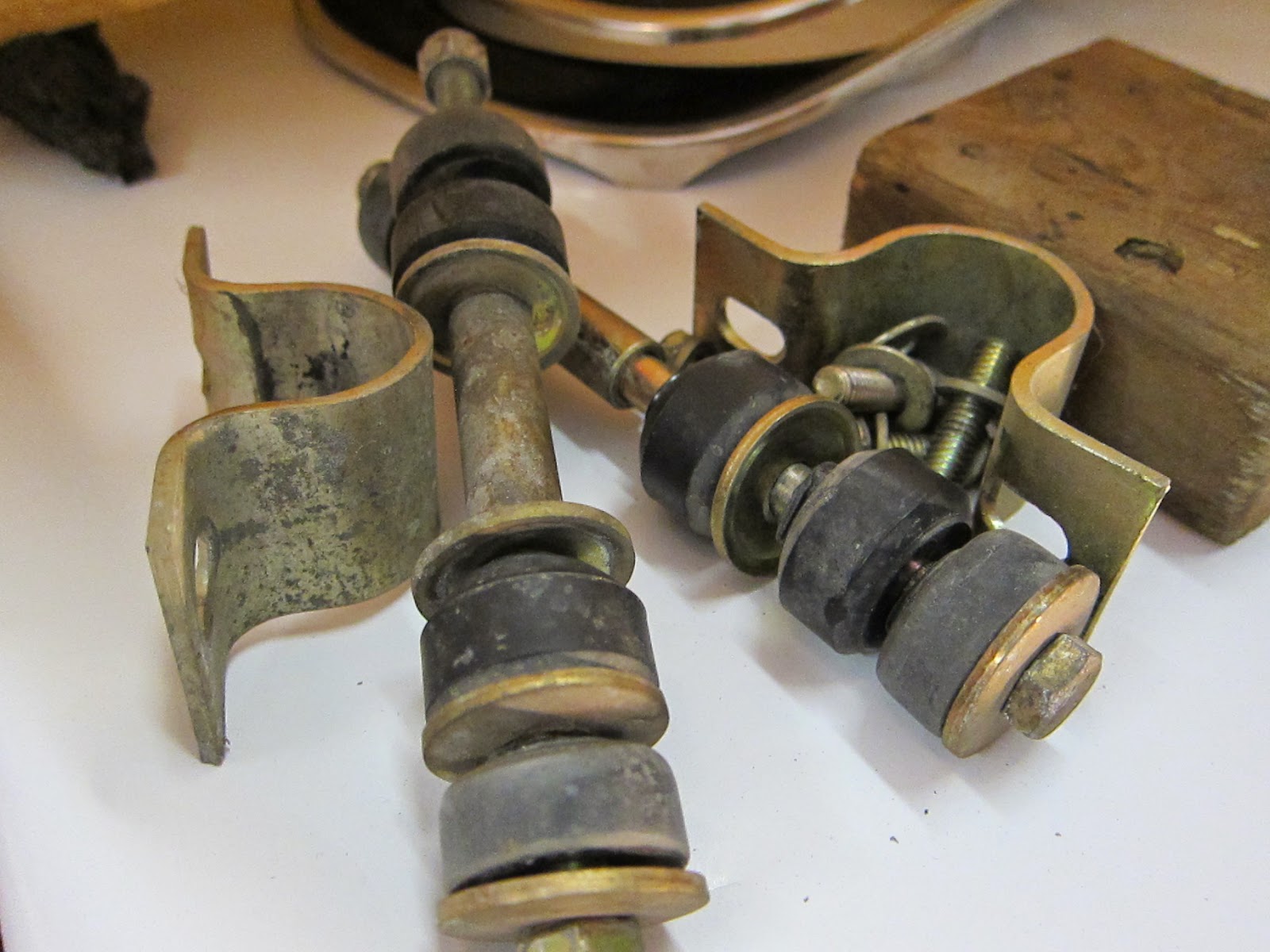 The included sway bar arm replacements where exactly like the originals removed, but the Speed Tech hangers (that came with the tubular control arms) where stellar units. 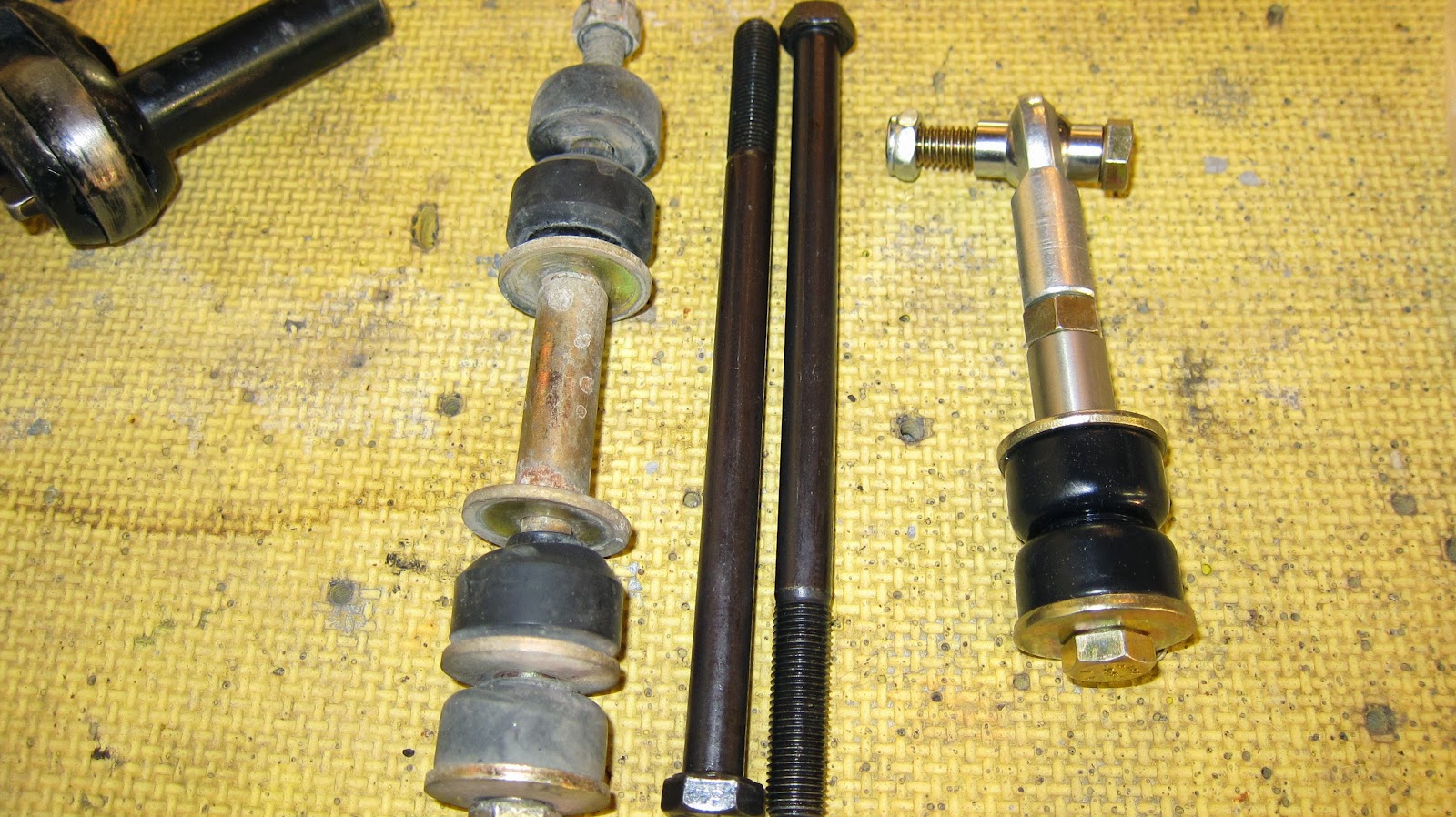 Judging by the condition of the upper mounting bolts, the rear shocks had been on the car for a while....but off they finally came and the shocks were swapped out. 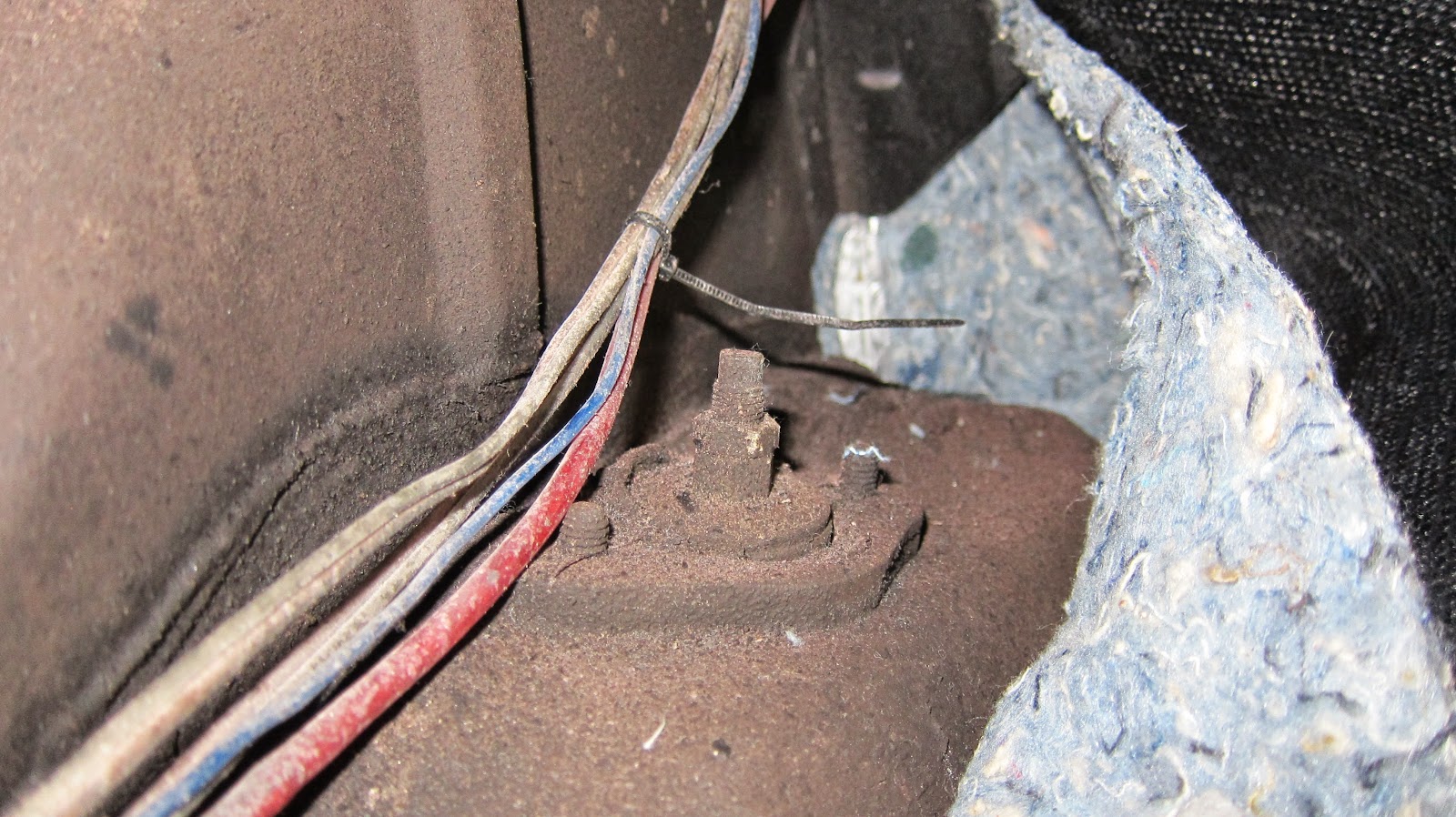 But the new double adjutables sure look sweet! 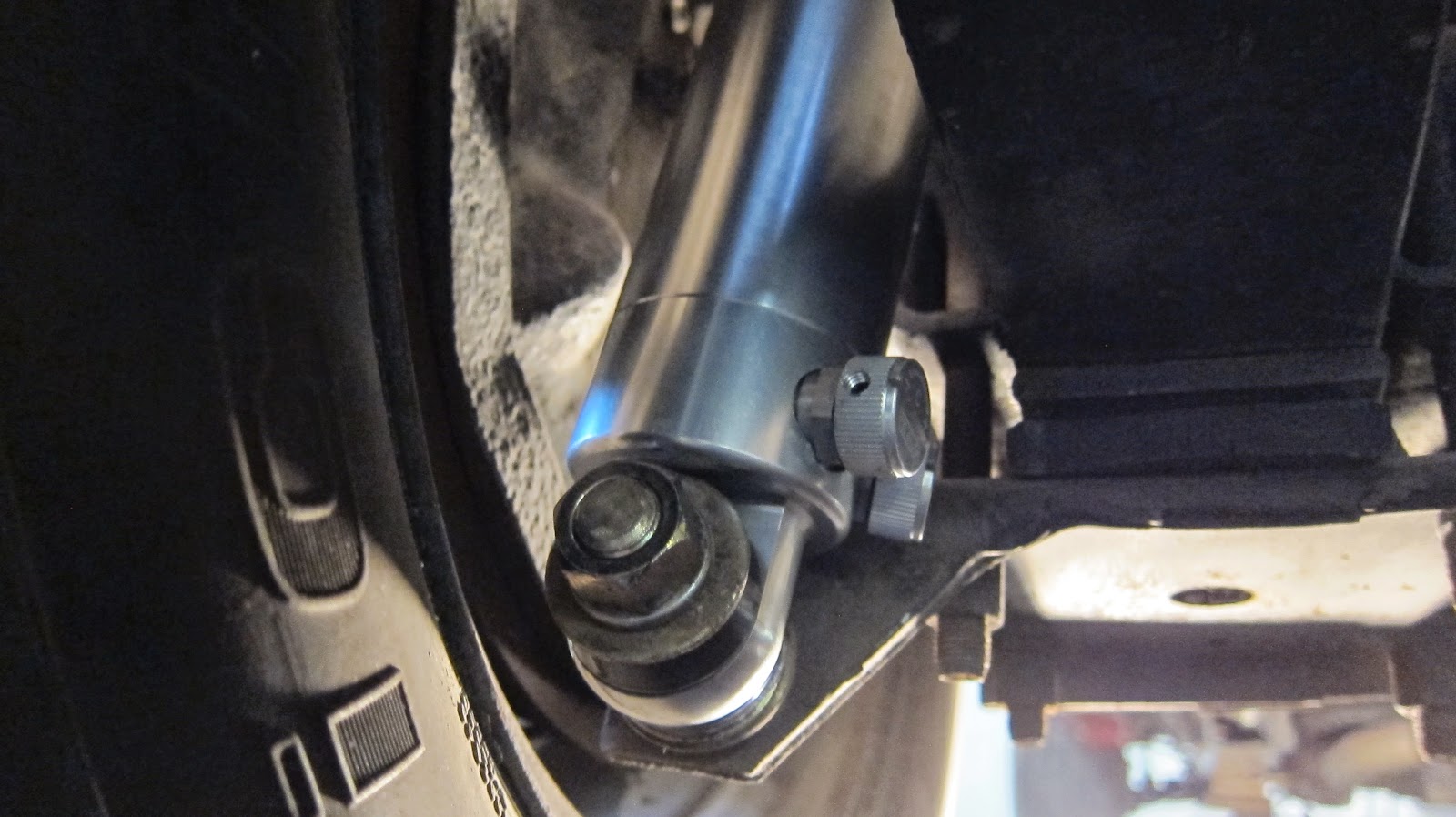 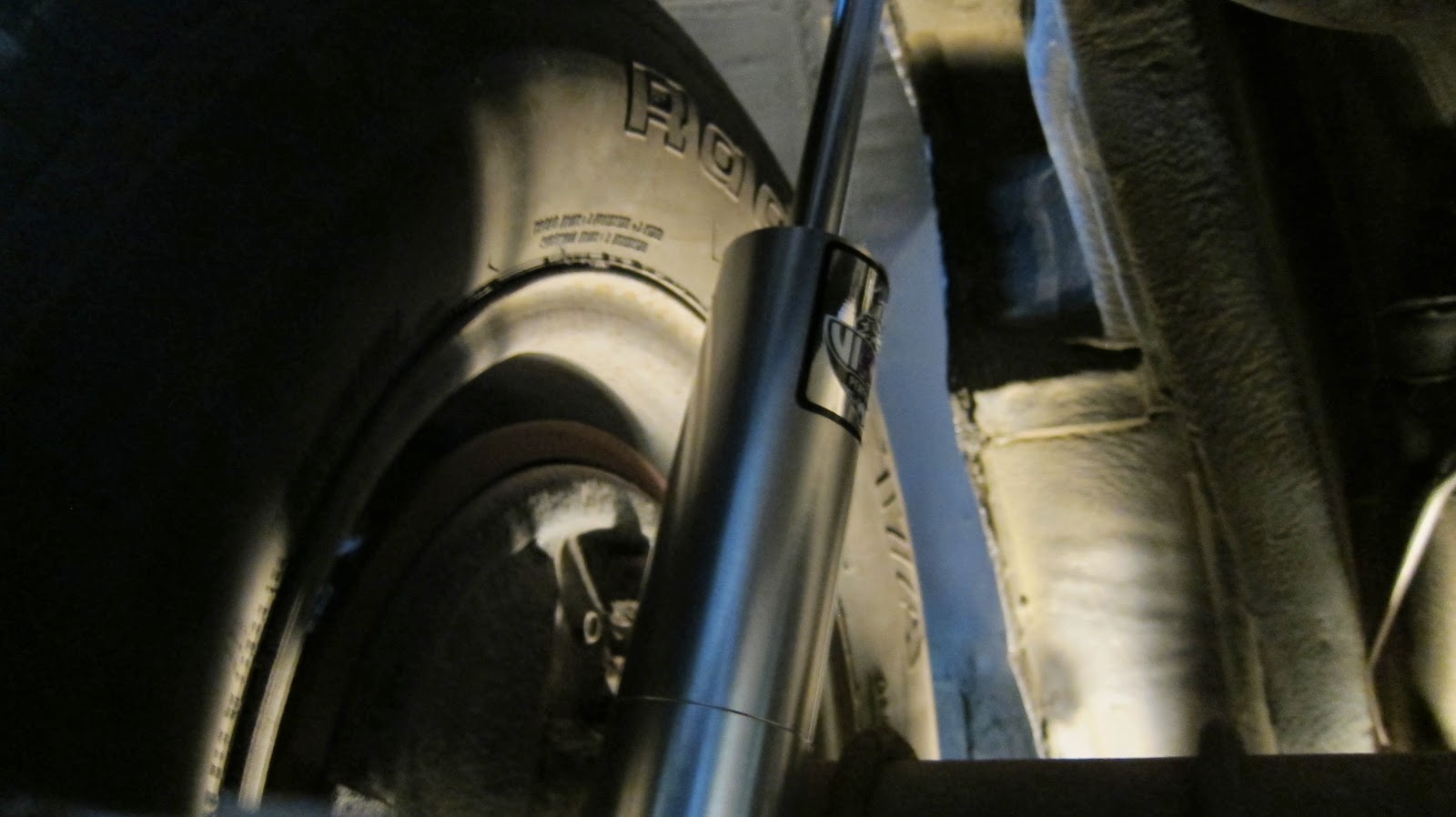 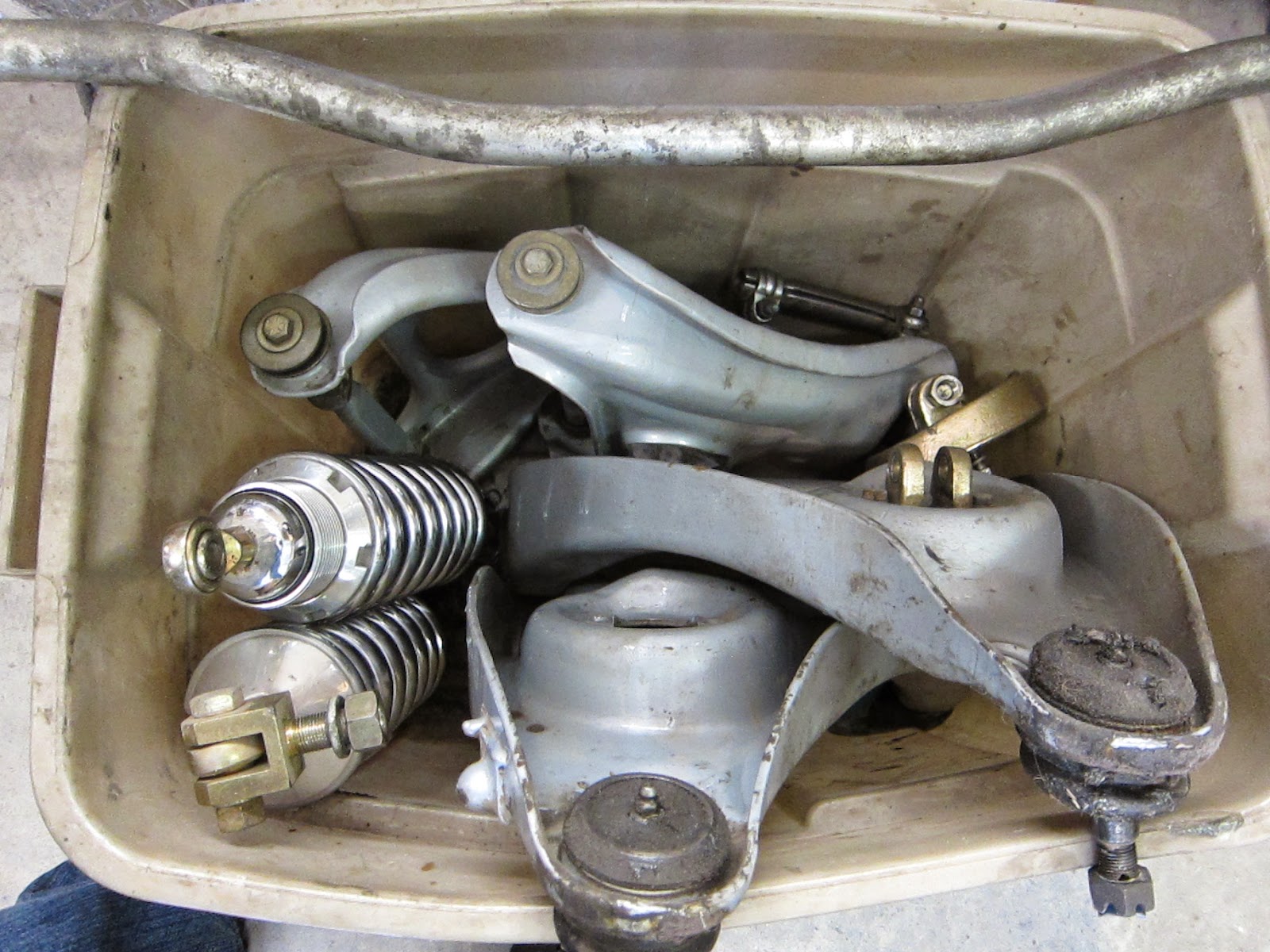