Before begining the major parts of the re-assembly, I like to be sure I get to all the parts of the car you DON'T see.... 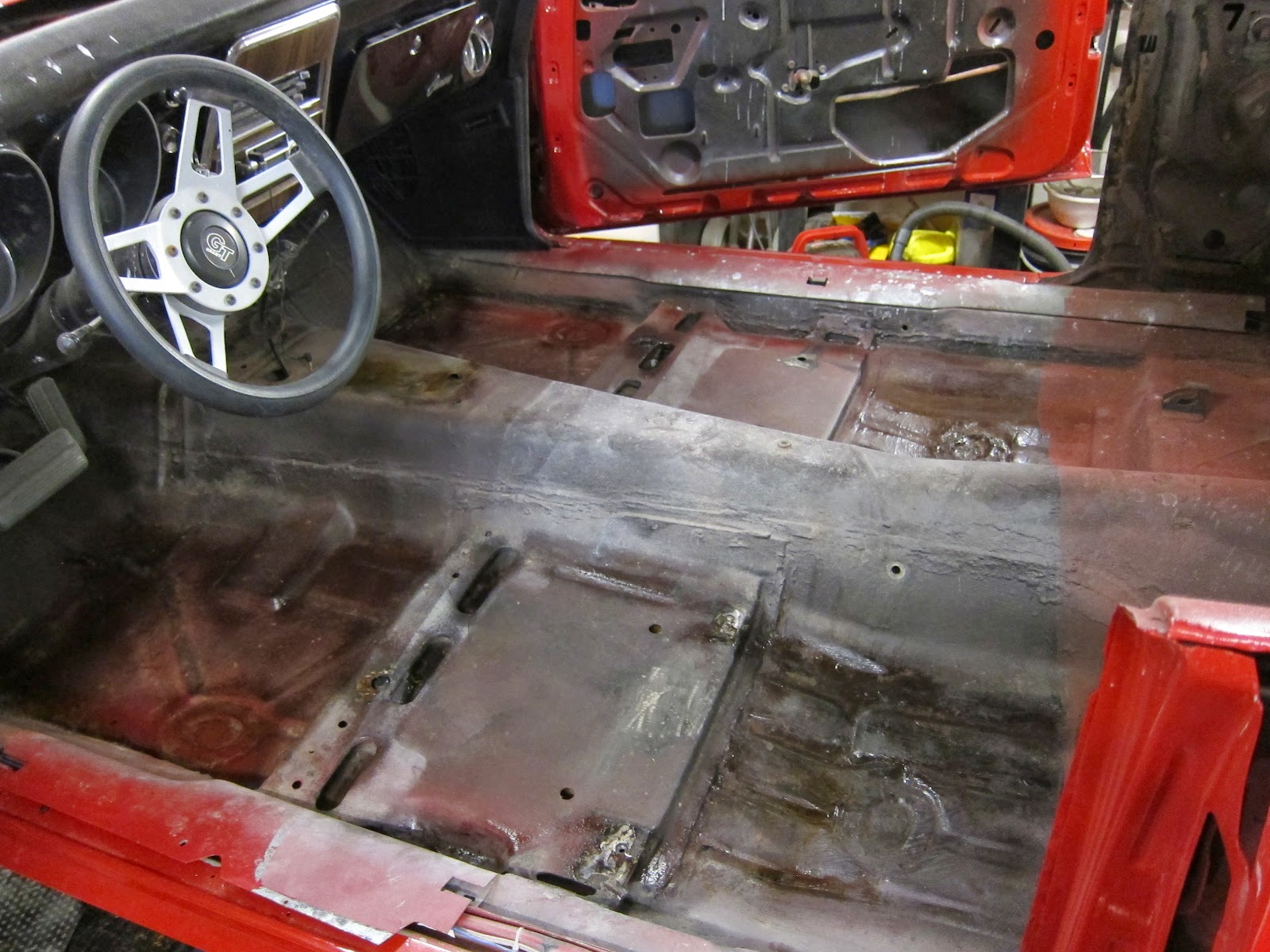 Altough the floor is completely solid, there where a couple spots with some surface rust where I used Duplicolor's RUST FIX  - just to enure it stays put under the sound deadener and carpet... 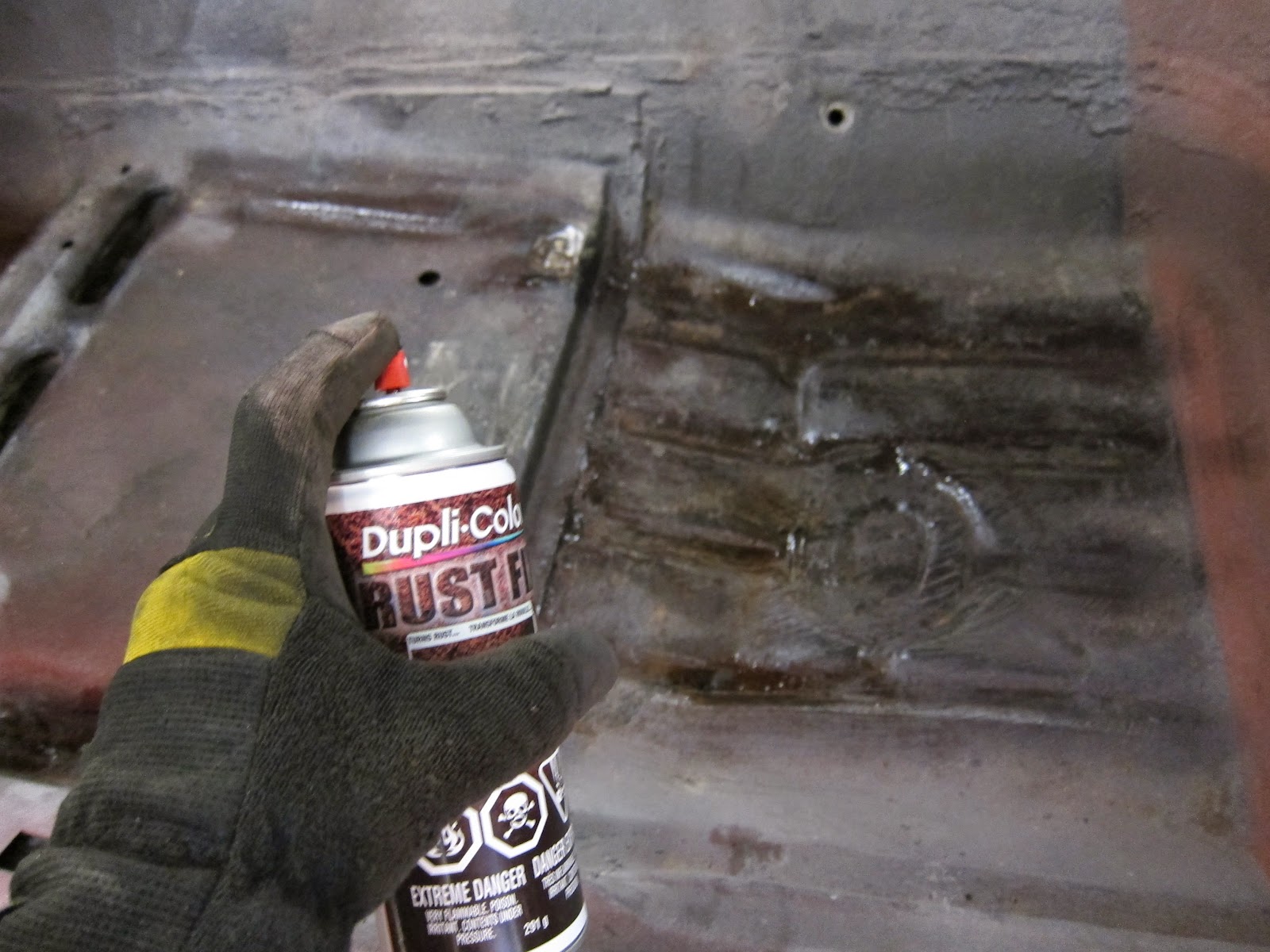 Then I cleaned up the undercariage, in preparation of spraying the pans and wheel wells with a couple coats of Rubberized Undercoating and the blalnce with Eastwood's Chassis Black.

Once that dries, I can begin installing the new suspension parts! 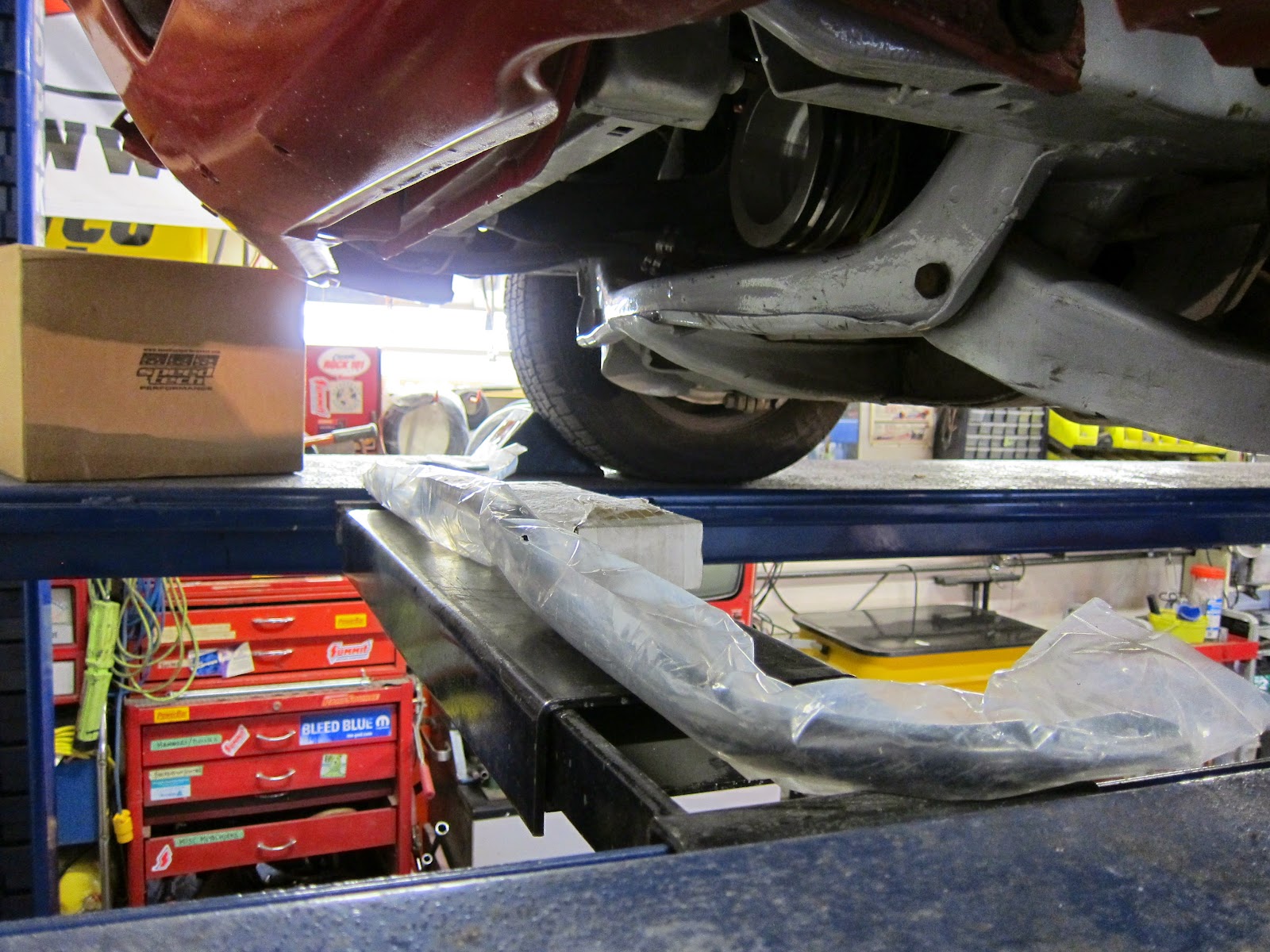 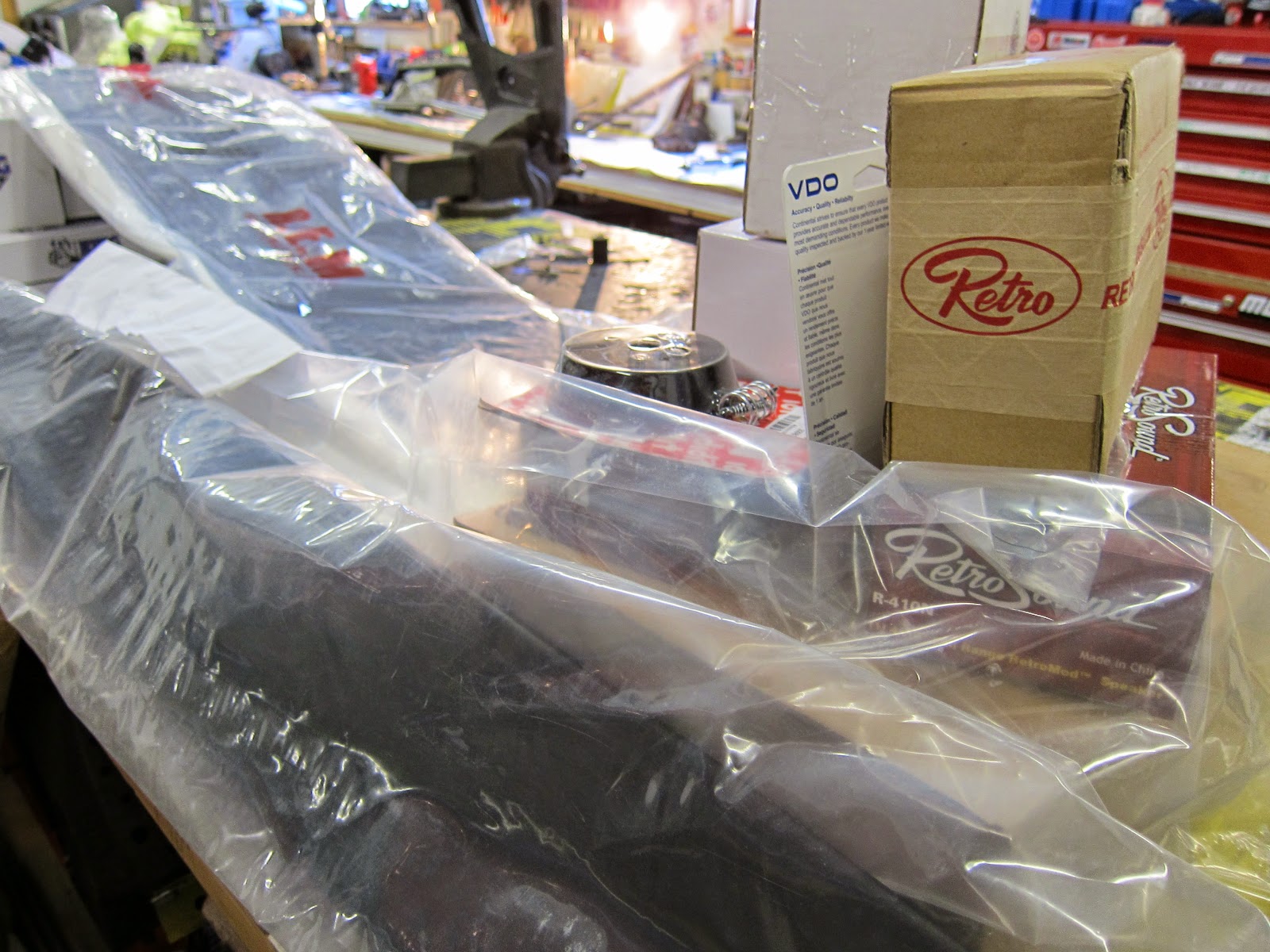 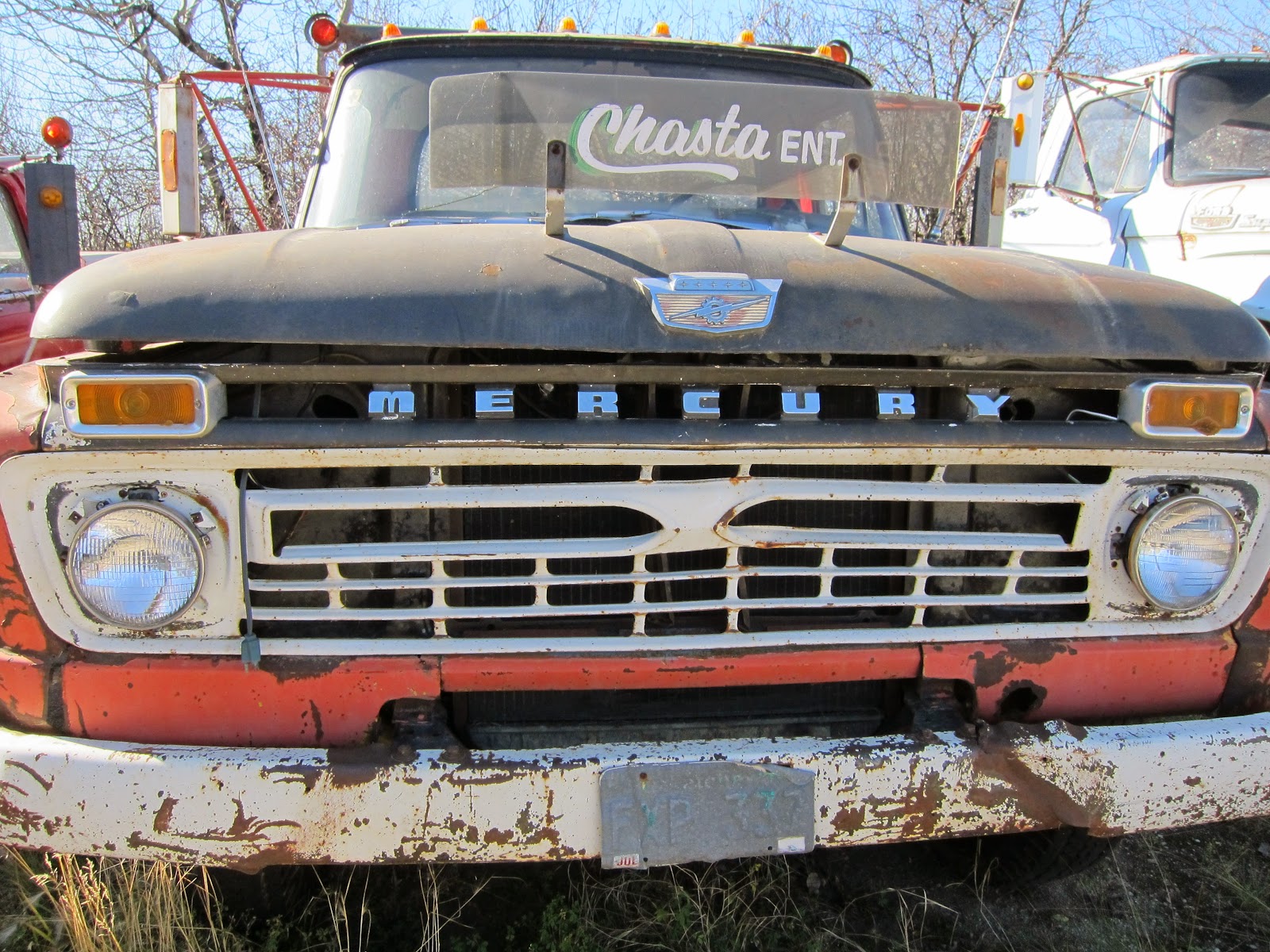 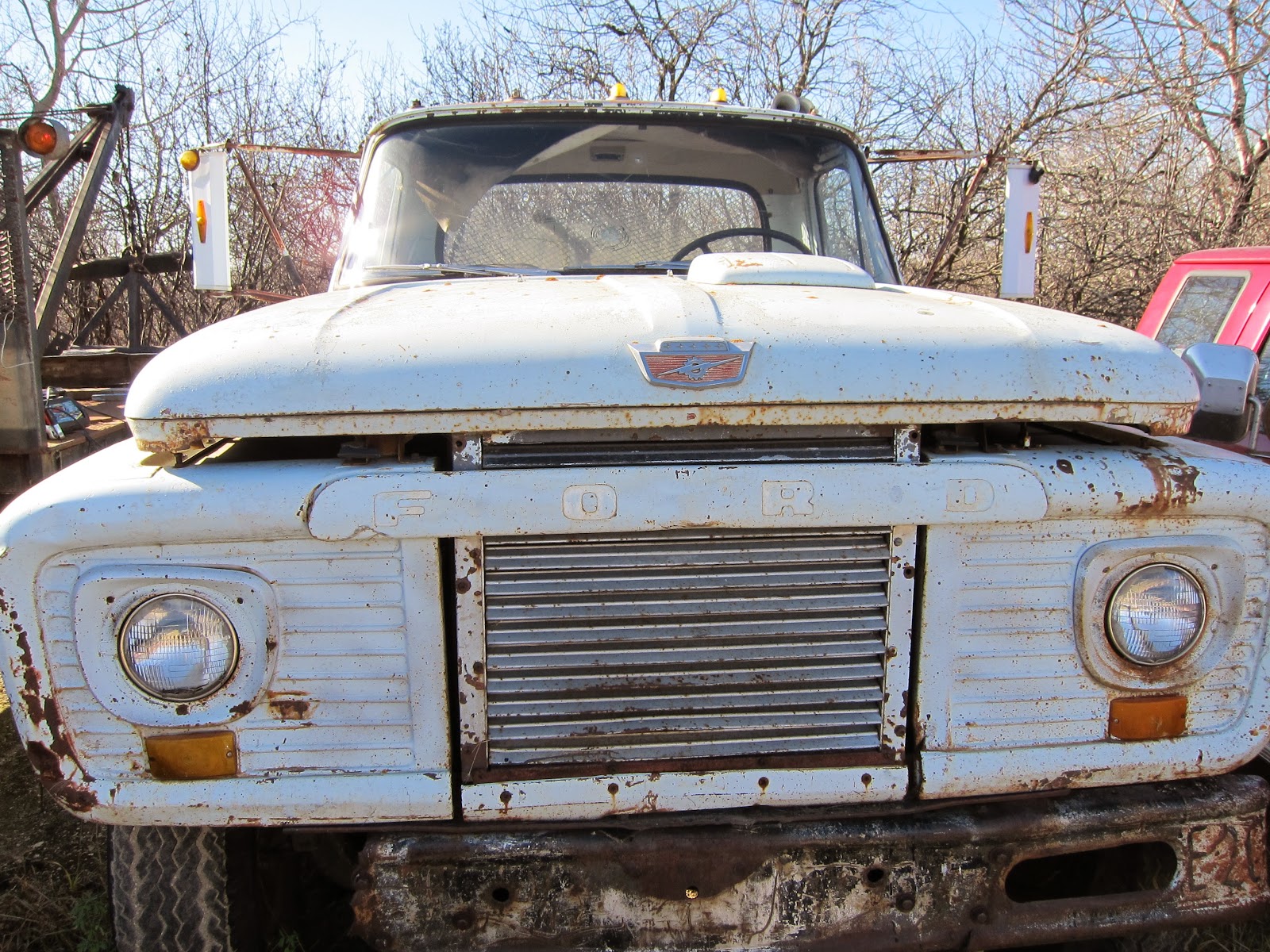 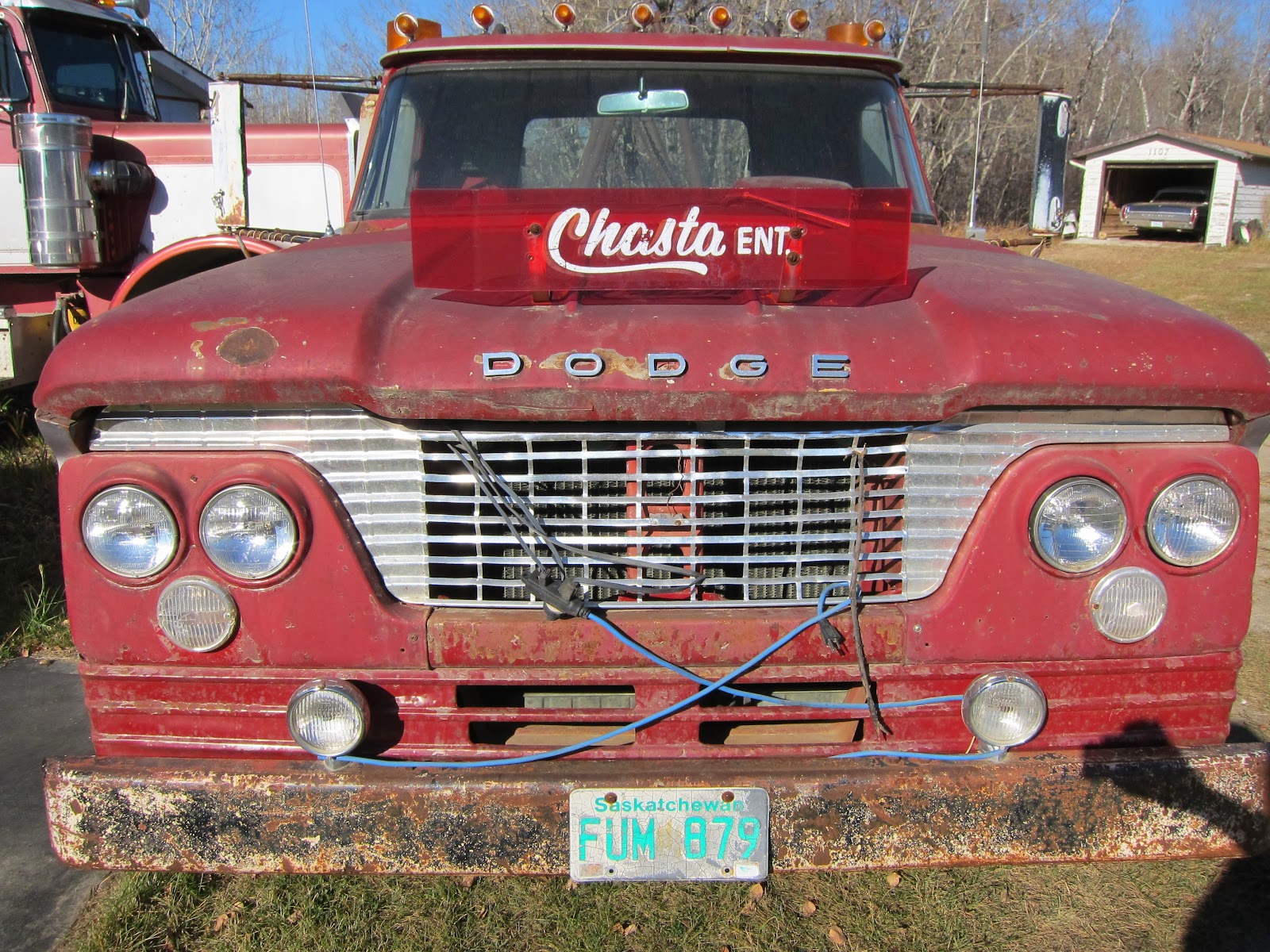 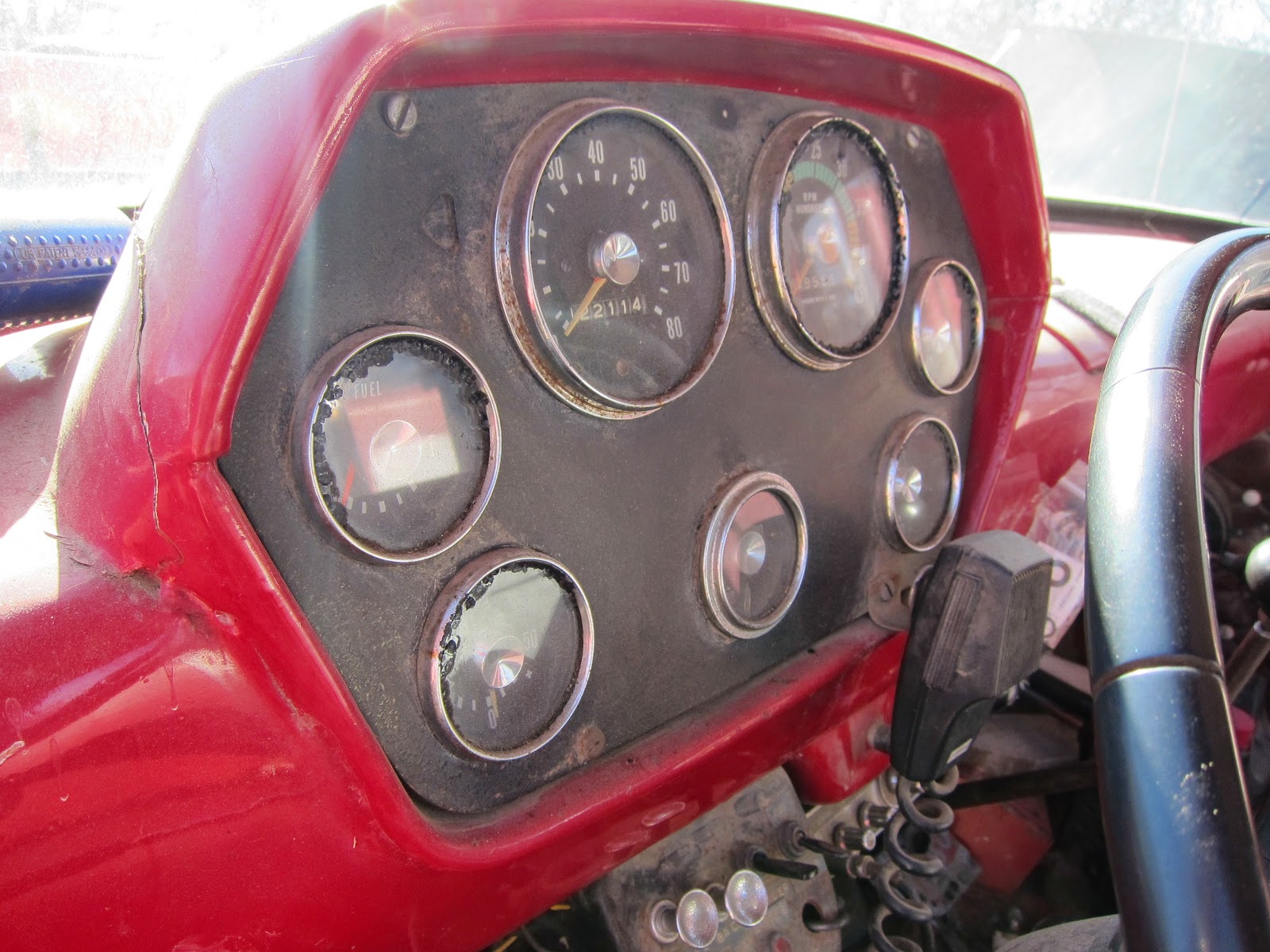 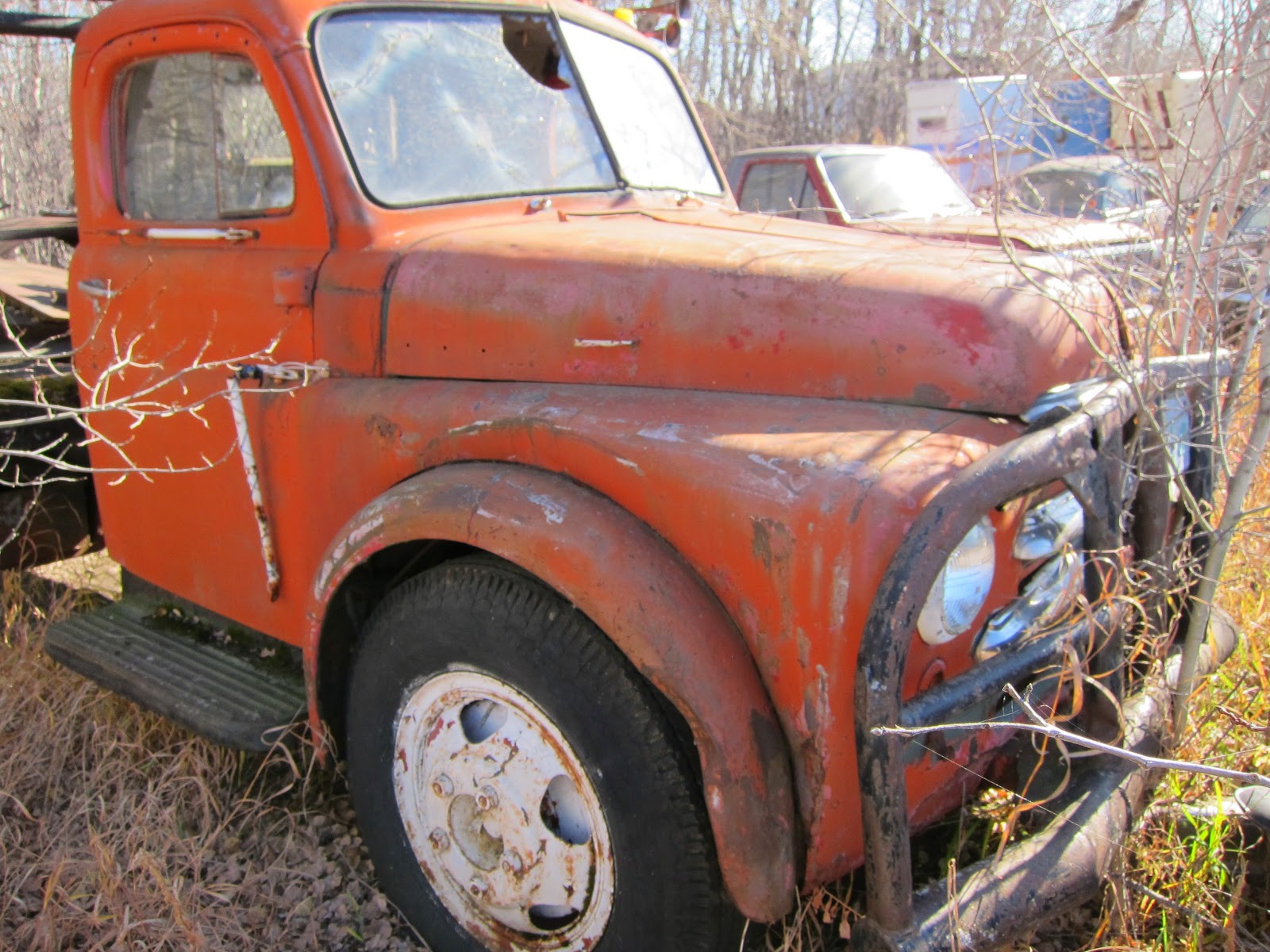 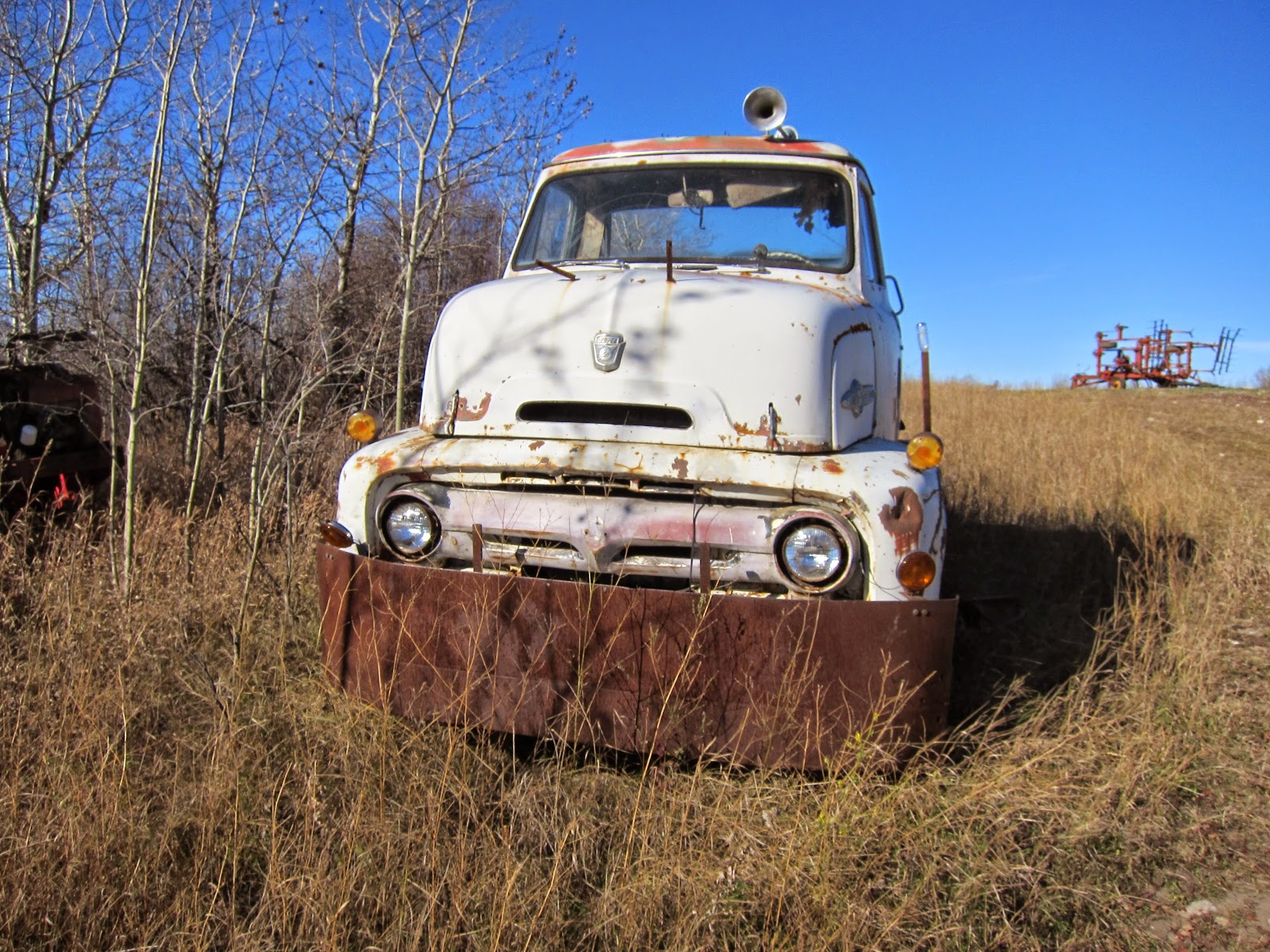 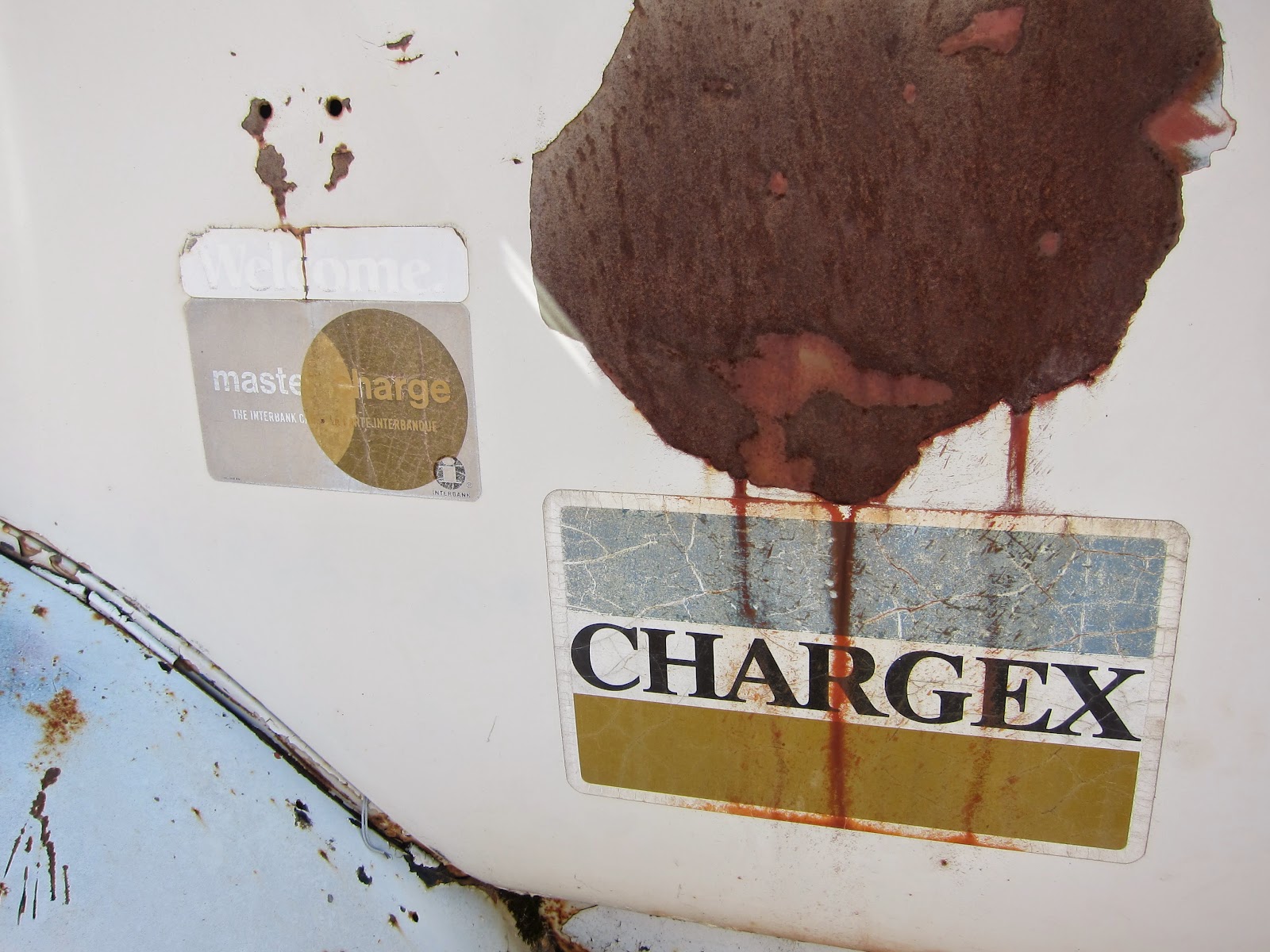 The 240Z project has been a long time in coming off the rotisserie - due to the time its taken for me to remove and replace the bushings with the hard Urethane pieces I bought. After several failed attemps at removing the soft-steel sleeve from the rear lower control arms, I finally consulted a local expert, who told me to cut the sleeves in order to be able to collapse them from within: 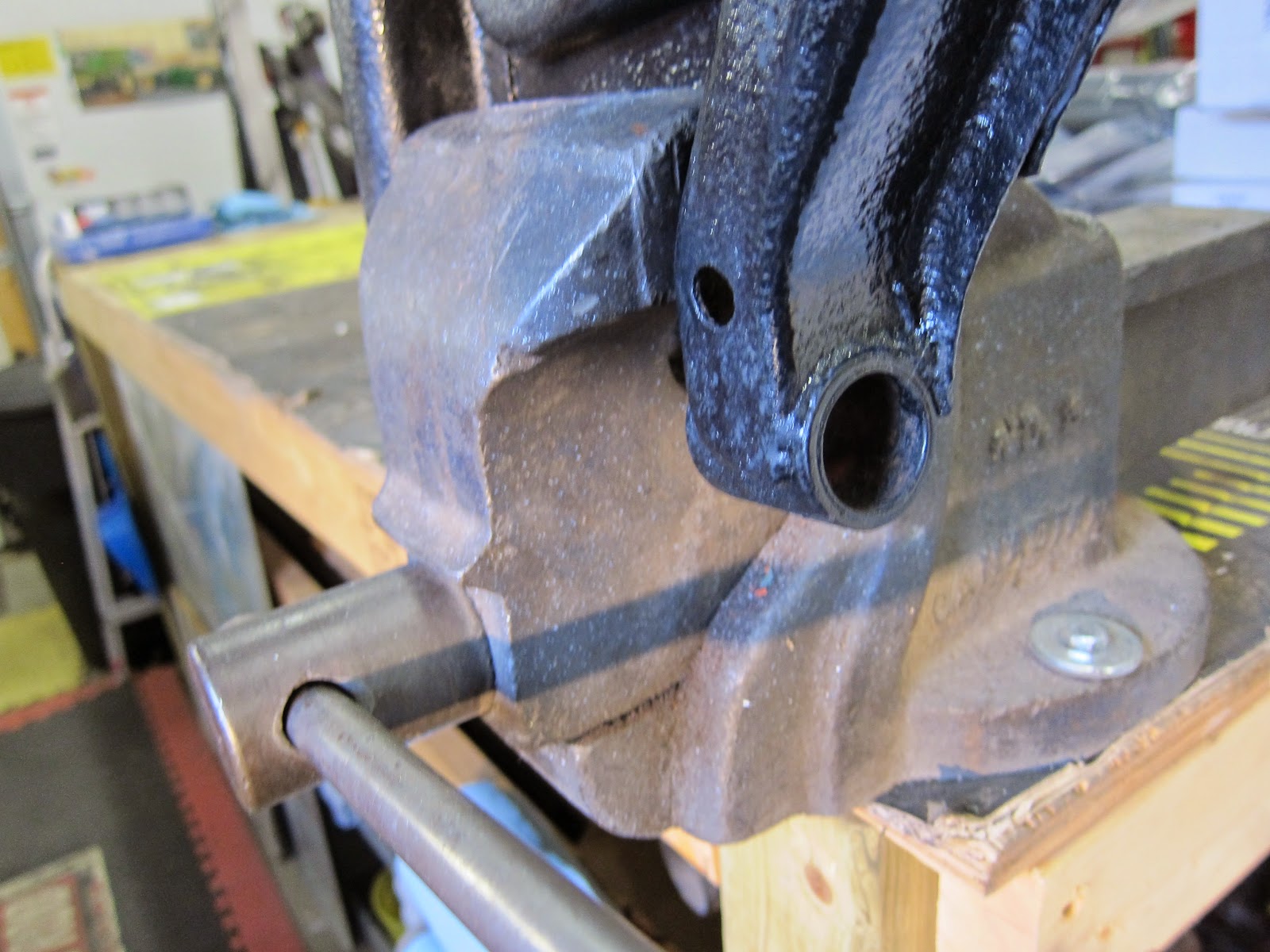 I used both an air saw and a basic hack-saw blade to cut the length of both sides. 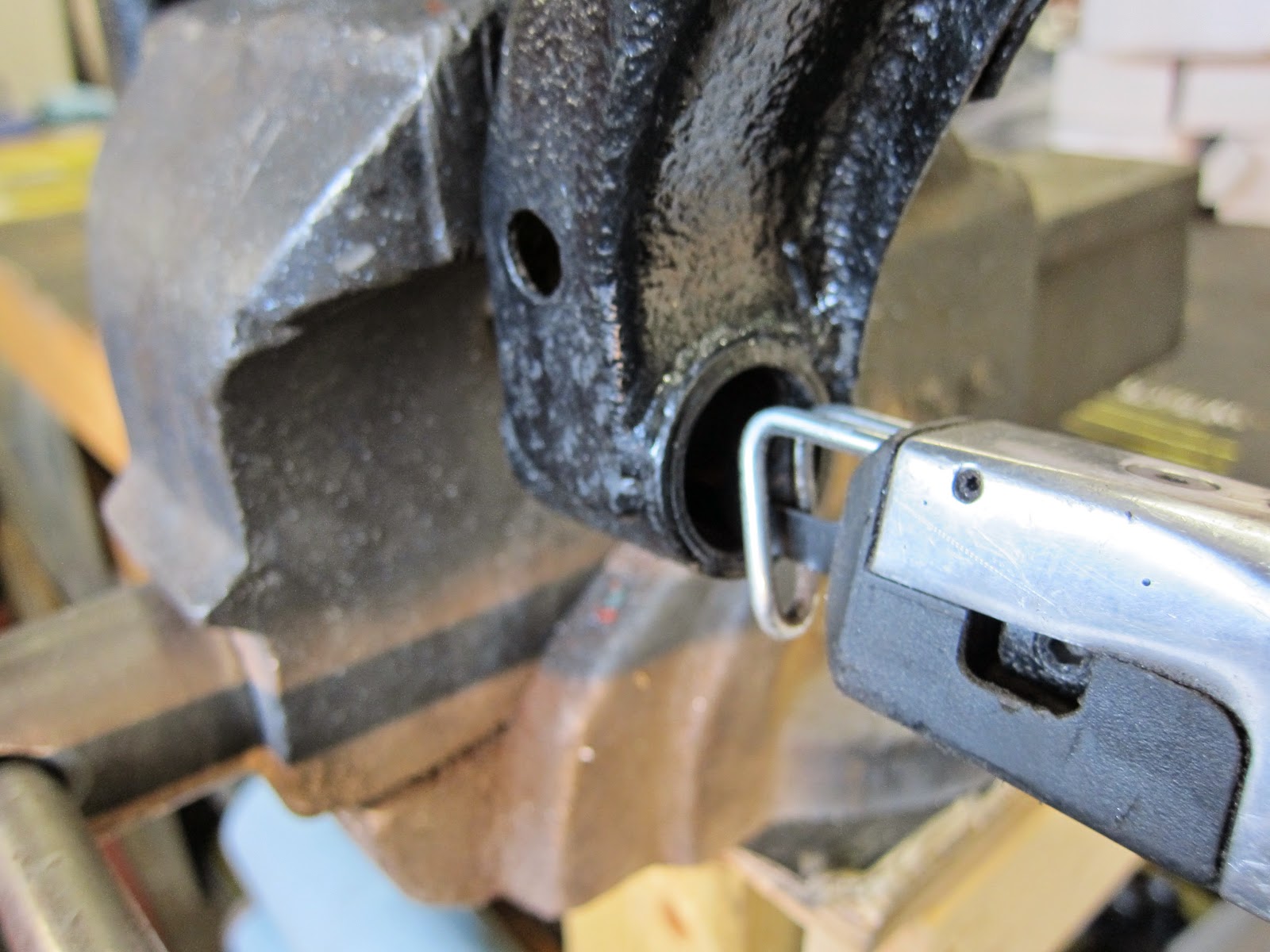 Beginning with a chisel and hammer,
I carefully sperated the inner sleeve from the harder outer piece. 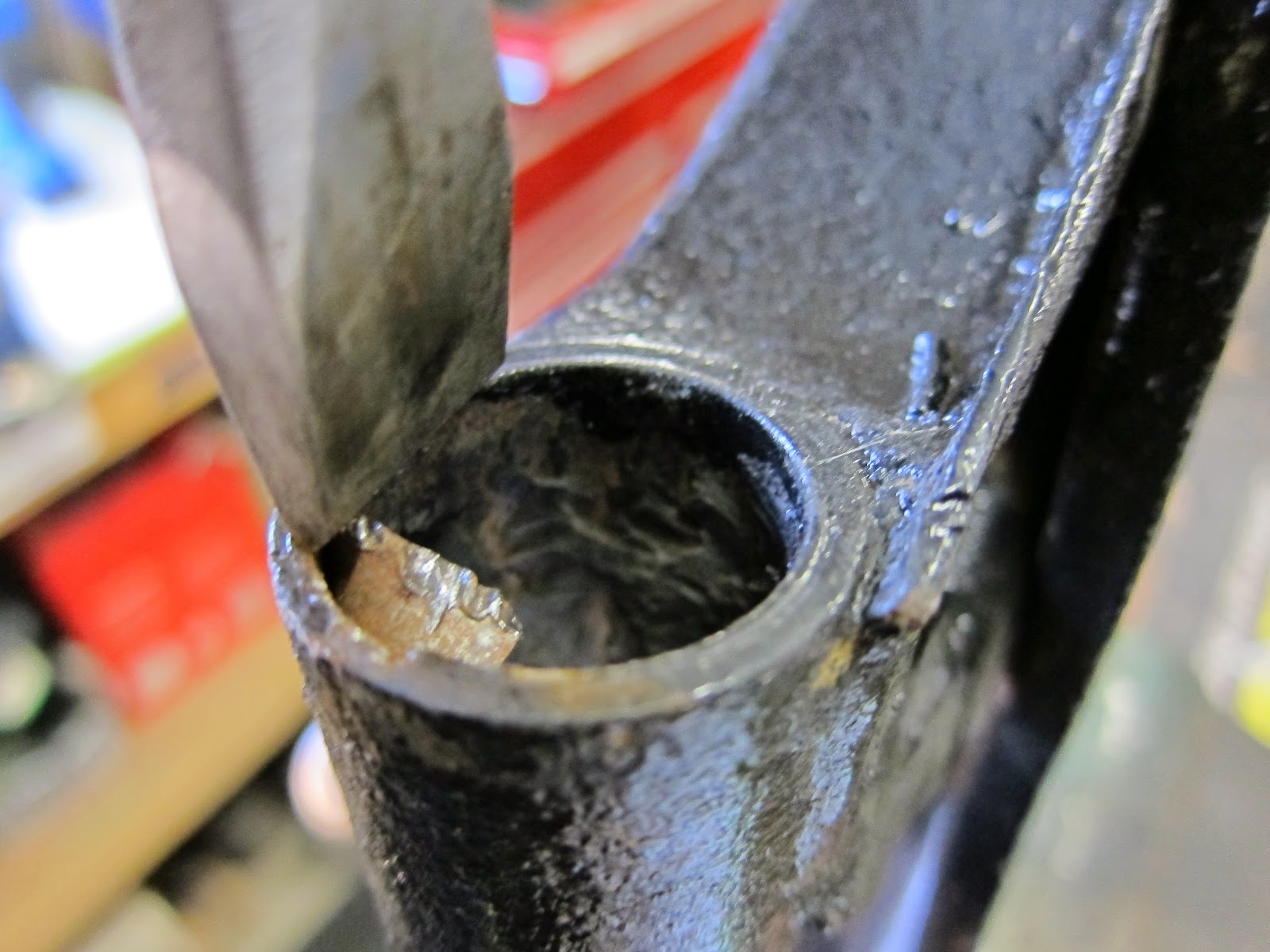 Once seperated enough, I switched to the air hammer, with a pointed tip, carefully pushing the inner material down and away, until the enire peice began to loosen its grip on the surrounding structural component. 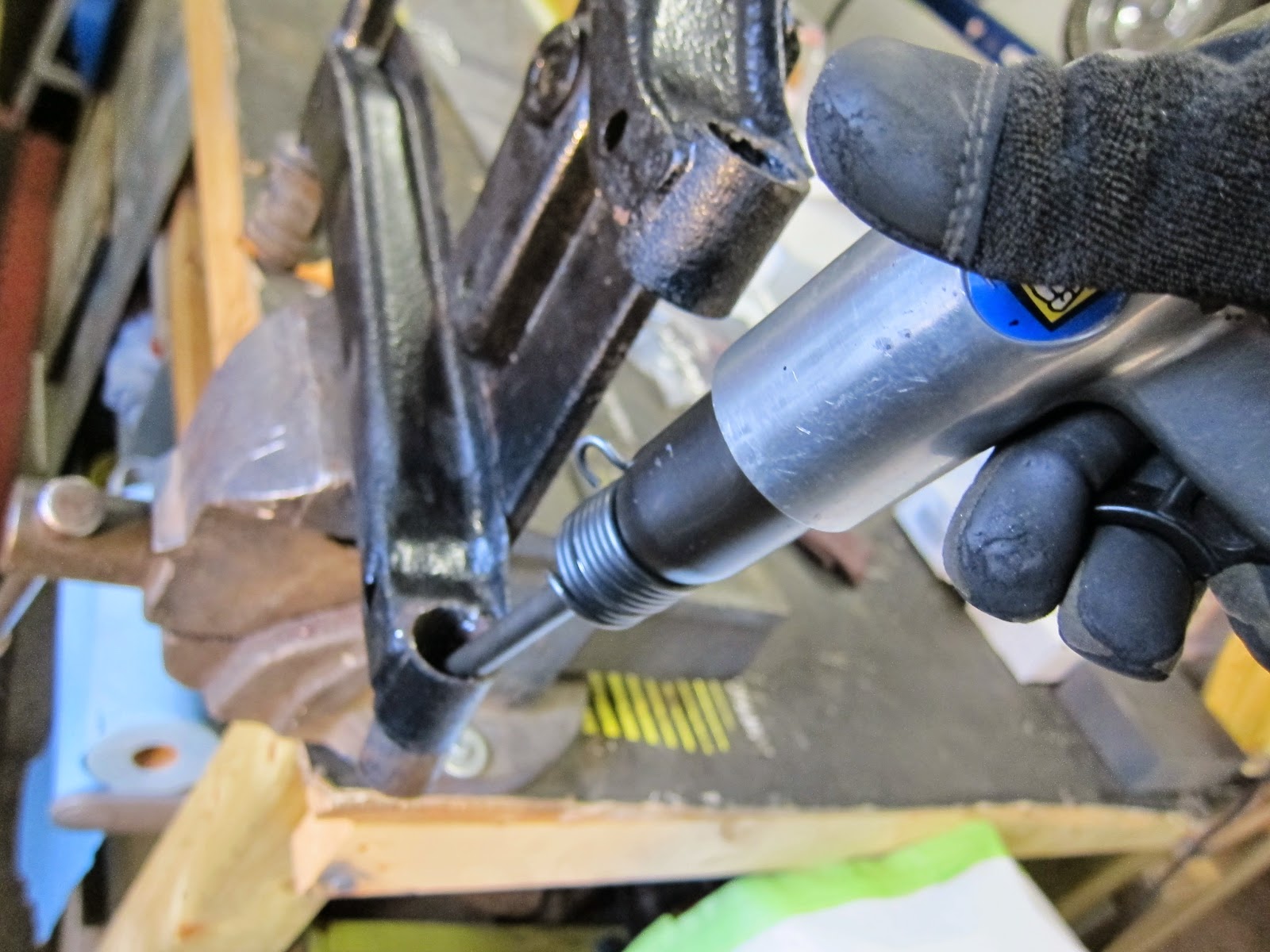 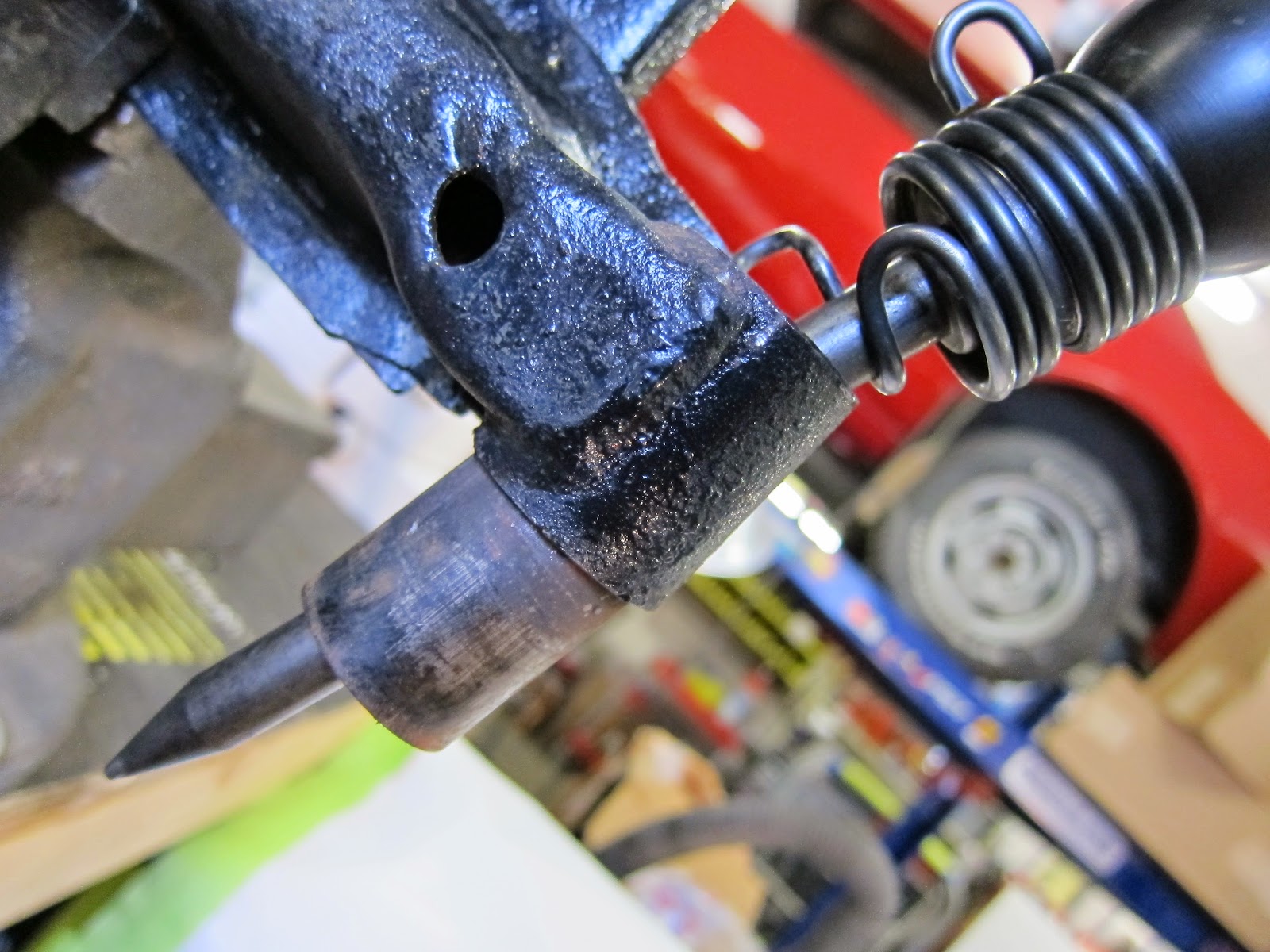 With the metal inner sleeve completely removed, I cleaned and smoothed the arm and inserted the urethane bushing in its place.


This replaces the factory original, soft rubber bushing and will serve to stiffen the suspension points considerably. 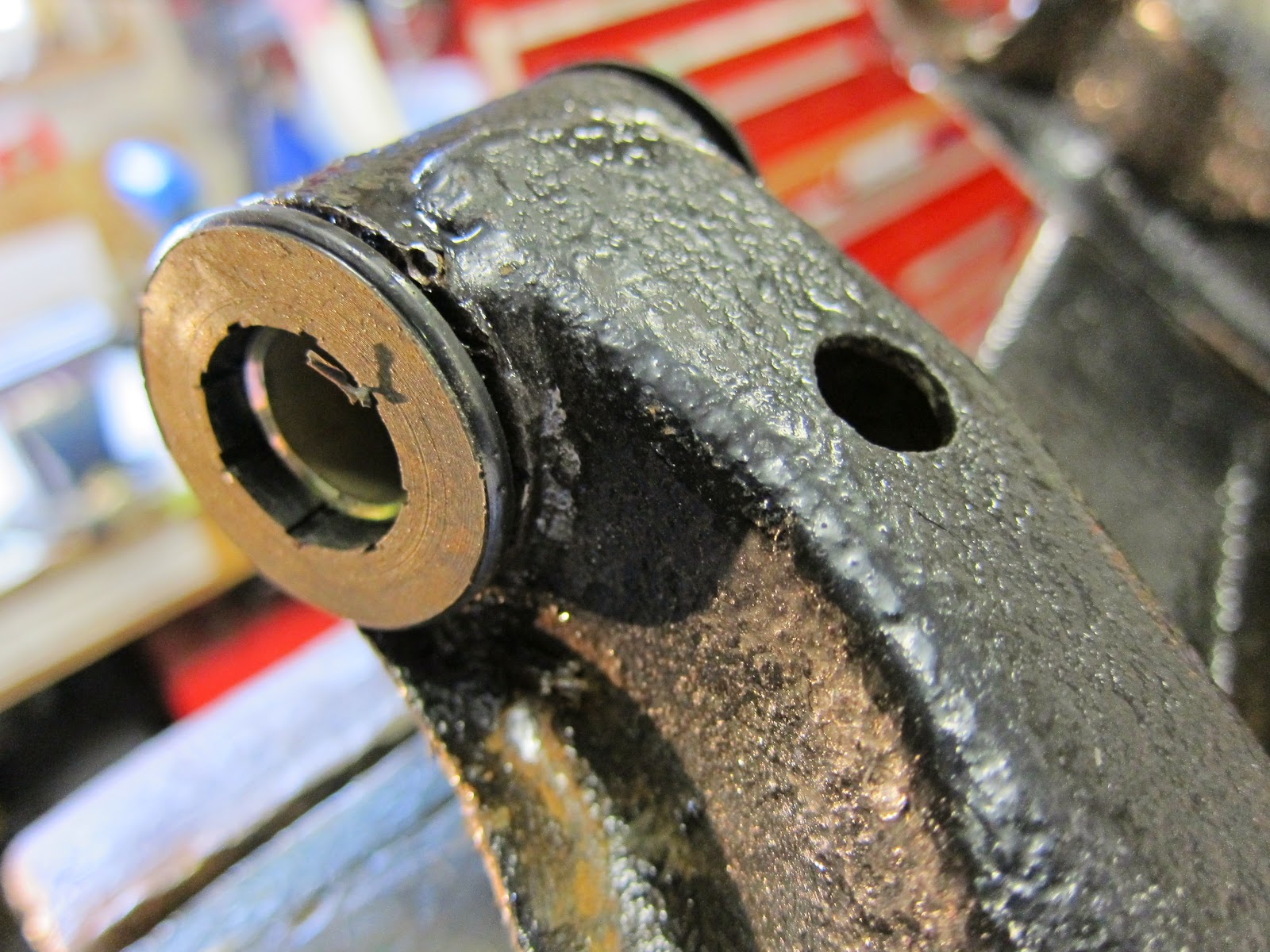 Thus adding one more peice to my collection of rebuilt suspension bits. Next weekend I just might be able to bolt it all up and put the 240Z down onto it's wheels - for the first time in 2 years! 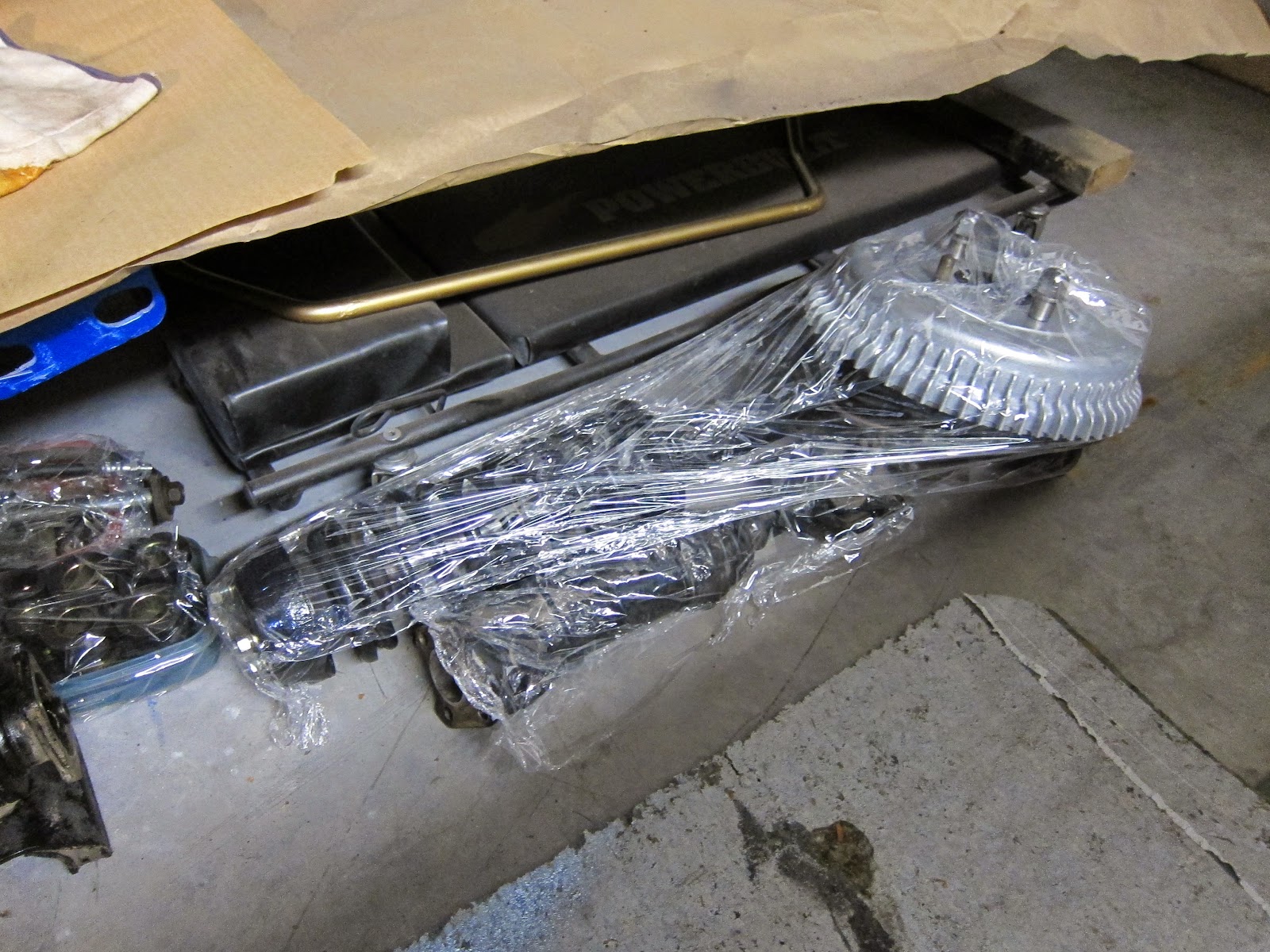 Via www.E-tekRestorations.googlepages.com !
Posted by E-tek at Saturday, November 08, 2014 Links to this post