Now that the 56 Chevrolet is by-and-large complete, I was able to get to a few things that I'd been adding to the to-do list.....

I'm working on a Ford FE engine that I initially bought as a spare for my 67 Galaxie. After a lot of research I found it to be a 330MD, which where used in a lot of big trucks like grain trucks and UHauls, as well as in industrial applications, like generators. It's apparently worth more to a truck shop than to a restorer, but since it's in such good shape and came with a 4 speed, I think I'll rebuild it, make it purdy and keep it for a future rod project. 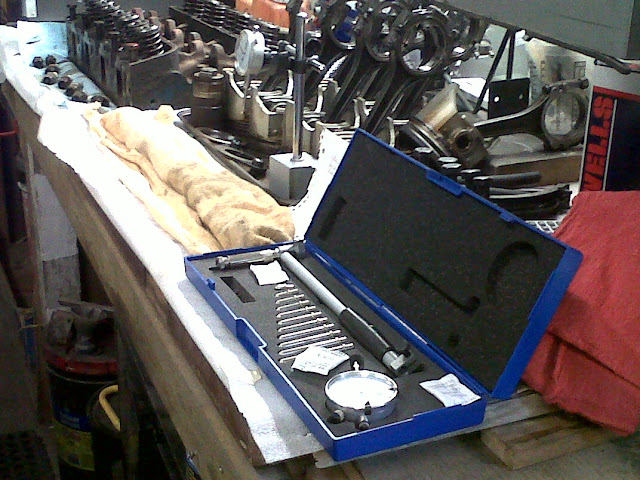 The previous owner ran it for me in the truck it was in. The only issue at the time was the carb, which is now getting the full E-tek treatment: 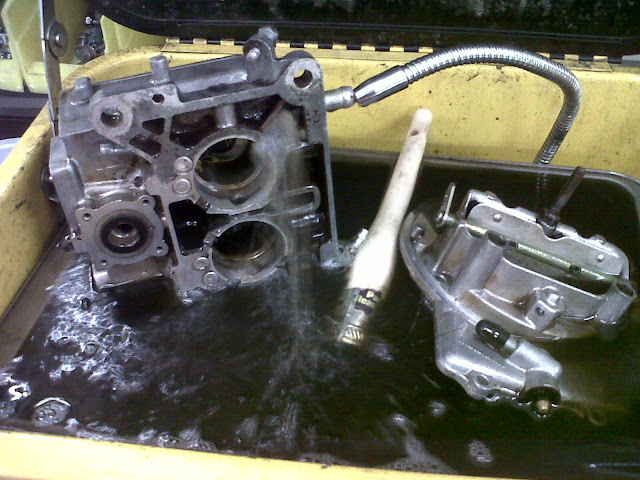 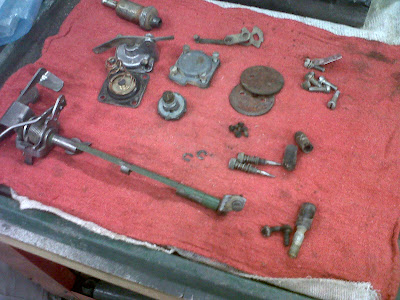 On a different, yet still automotive thread, I'm putting together and mounting this vintage 2-car racetrack that from Mrs E-tek's childhood. She recently found it in her late grandmothers home and brought it home for me, but I suggested we mount it and display it in our kids playroom: 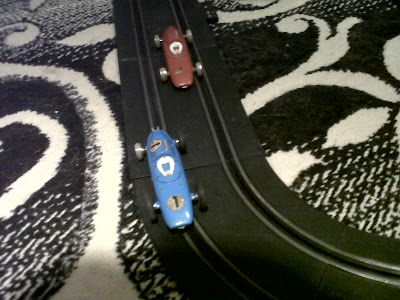 A project I've put off for a couple years now is rebuilding the "torque-boxes" on the Galaxie. These are areas of the frame, normally in convertibles, that are required to reduce frame twist, due to the convertibles lack of roof and pillars. Once I get into it I'll post the entire process. 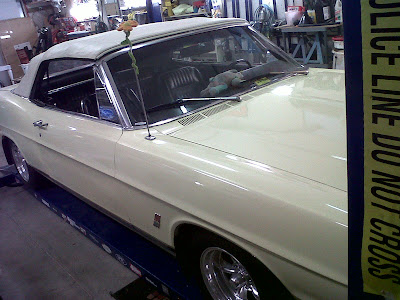 Firstly though, I thought I'd fix up some of the electrical systems under the hood: 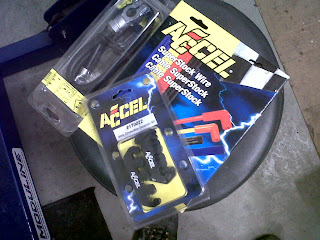 Just about then, the 56 Chevrolet  owners son came by to take a look at the near finished product. I tell him to hop and start it up - which he did - and it does - jumps to life in one short press of the foot starter. So it's warming up and I tell him to bump the Throttle in a bit, which kills it. Well do you think it would start again?? Of course not!!

So, after a bunch more fiddling with the carb and distributor, we could NOT get it re-started!! He thought it was his fault...I thought it was anything/everything else. More timing. Less. A vacuum cap off - make it stay on. Hand on throttle plate. Manual choke.....everything I could thing off. It would fire, run a second, then starve itself. I'm sure it made me look like the WORST mechanic on record!

Of course he has to leave, at which point I decide to go back to the top of the trouble-shooting tree.....check the fuel. Gauge looks to be at a quarter, but I grab the can and put another gallon in. Bump - nothing. Bump - here she comes. Bump - God'damned thing was too low on gas! I guess we learned that the first dot on a Chevy truck means EMPTY.

So I immediately call his cell and let him hear it running - just because I was so embarrassed and I had to tell him it wasn't his doing - nor the trucks.....it just sucks fuel! 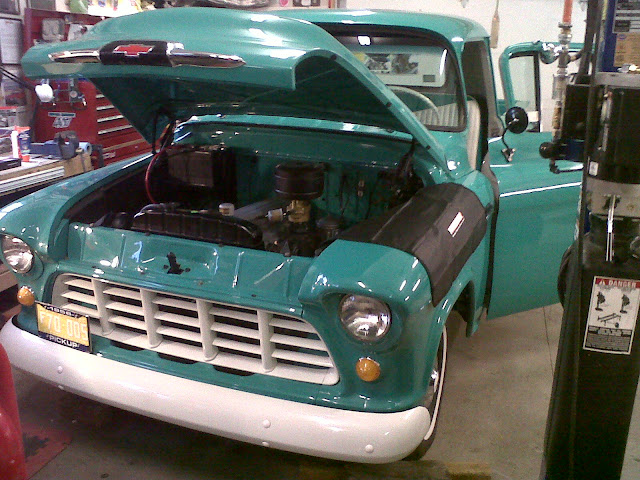 Now that I was back on it, I thought I'd pull it out, due to us discussing the gearing and it not having anything of a road test yet. So I gingerly pulled it out of the shop - reverse works, 1st gear good, clutch - beautiful! When I went to pull the E-brake though, it seemed weak. 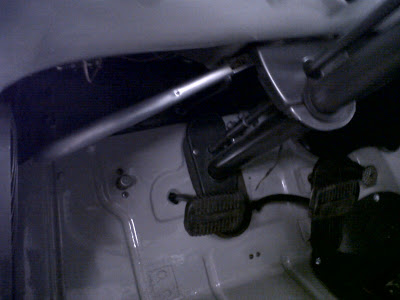 It rolled unless I really reefed, so I pulled it back in and removed the rear wheels and brakes. The lines moved, but not enough, so I doused them with PB Blaster and will rebuild them tomorrow. 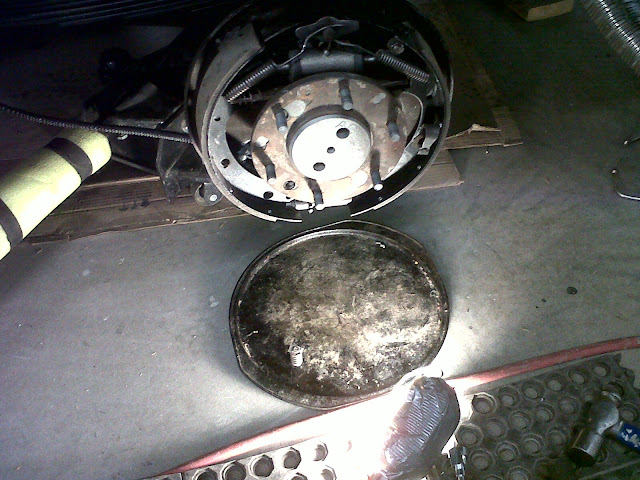 Just before the day ended, I stripped and painted a piece of furniture Mrs E-tek brought home - so she could turn it into a bed-end table, y'know, somewhere to pile the pillows! Always have to keep it mind: 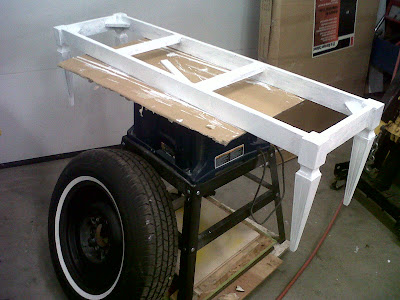 Don't forget to check out the website at www.E-tekRestorations.com !
Posted by E-tek at Thursday, January 05, 2012 Links to this post