After suspending the Vintage Air box from it's upper mount points,
I carfeully marked the spot where the AC tubes are to exit the cabin through the firewall - 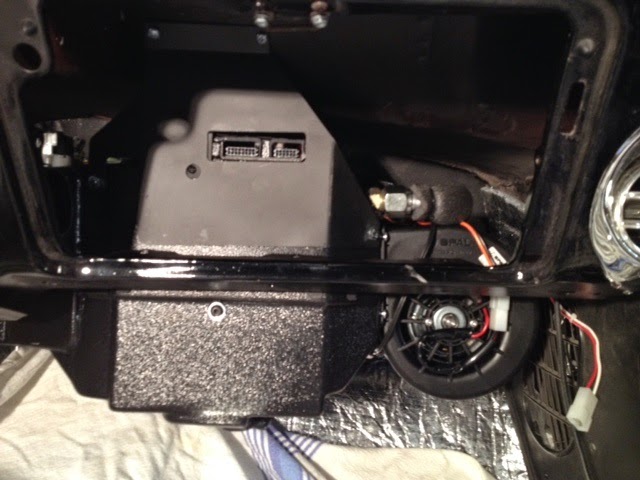 It took nearly 5 attempts to ensure the marks where dead on.
With the box removed, the marks are evident. the upper mark is a mounting bracket hole. Once I was sure everything was in the right place, I first used the drill to mark the corners, 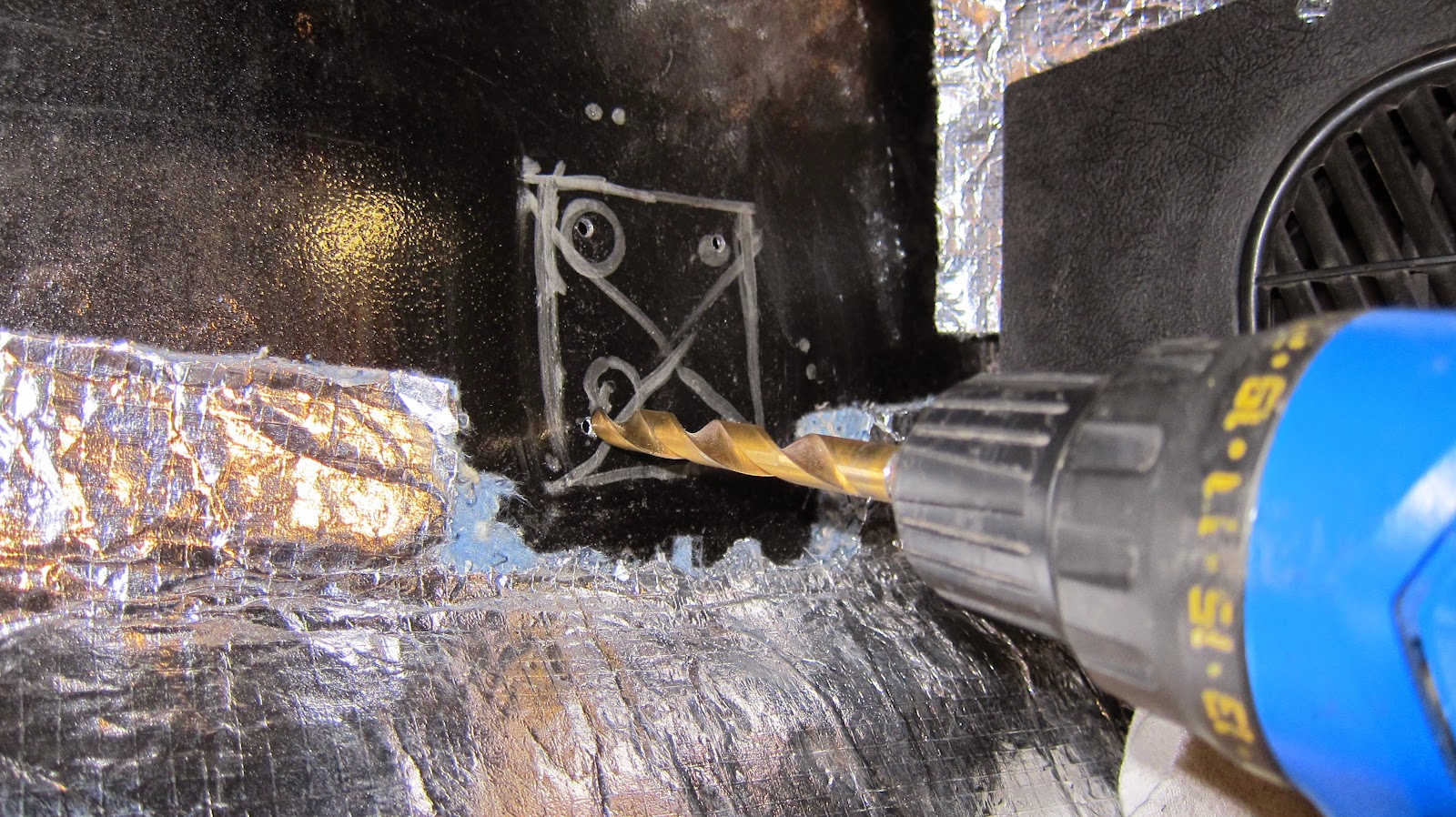 Then the air saw to cut the hole - 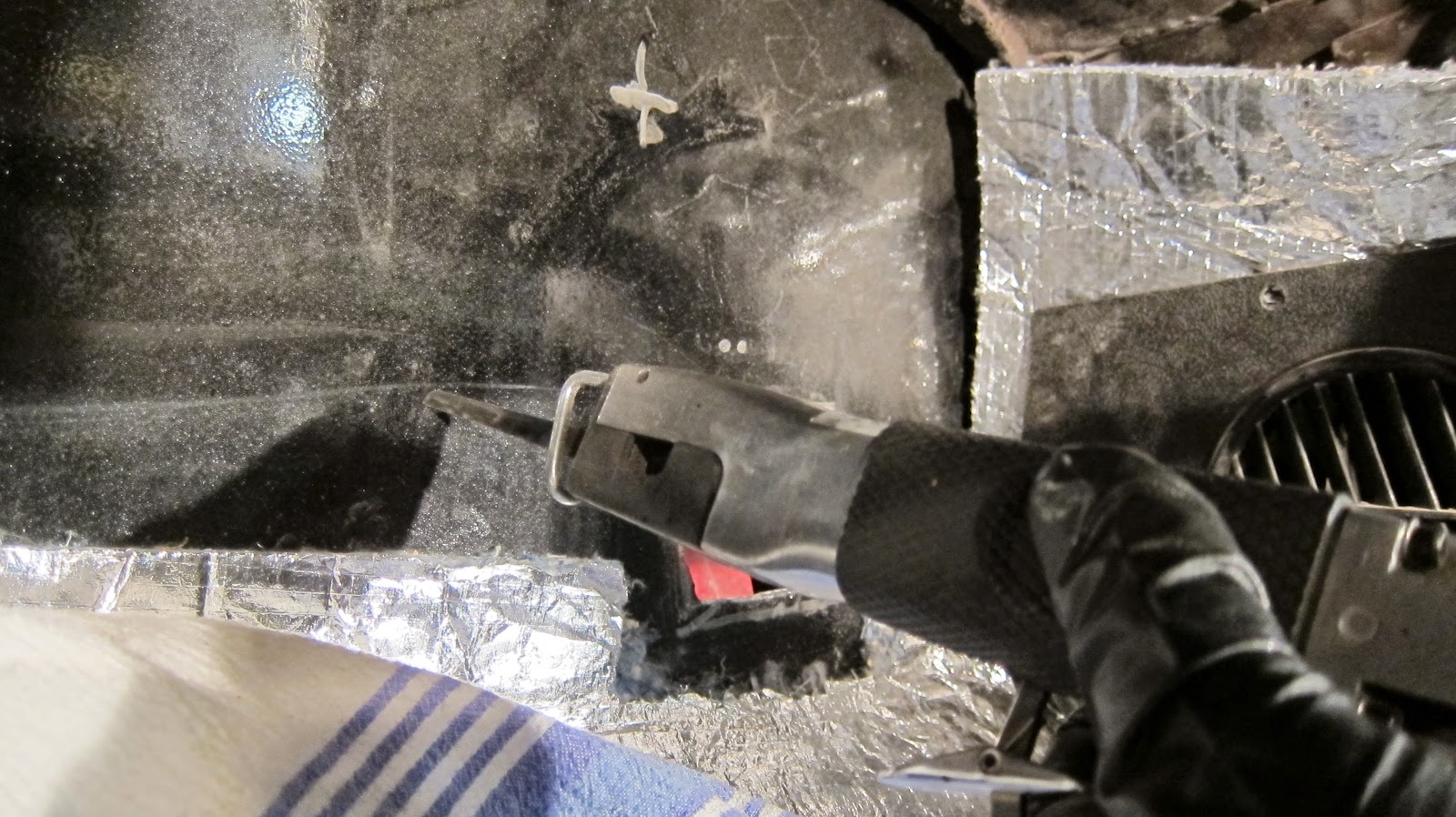 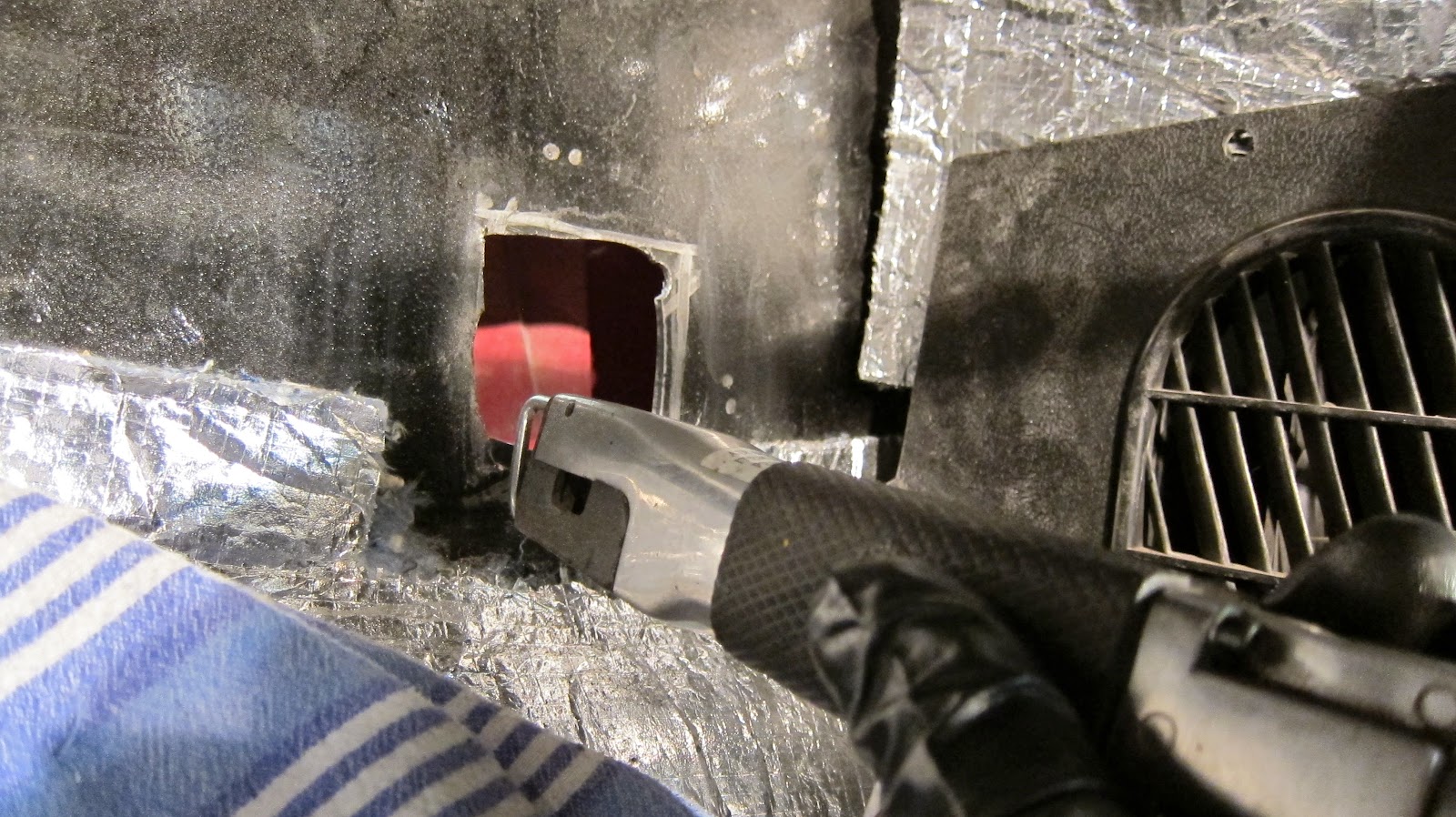 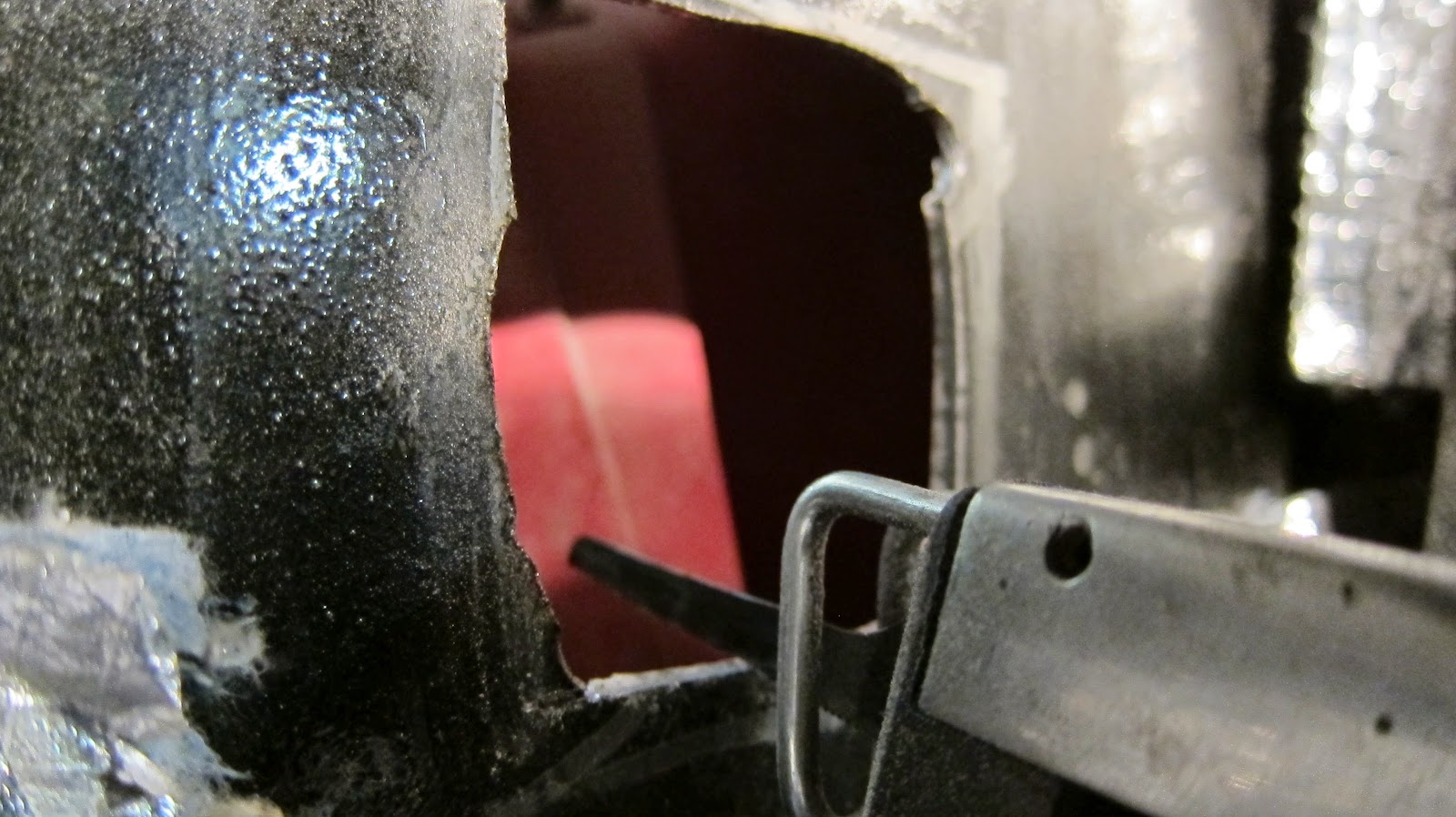 The air box was then removed and the holes cleaned up. It took a couple tries to slowly open up the opening enough to get the pipes to fit without hitting the edges. 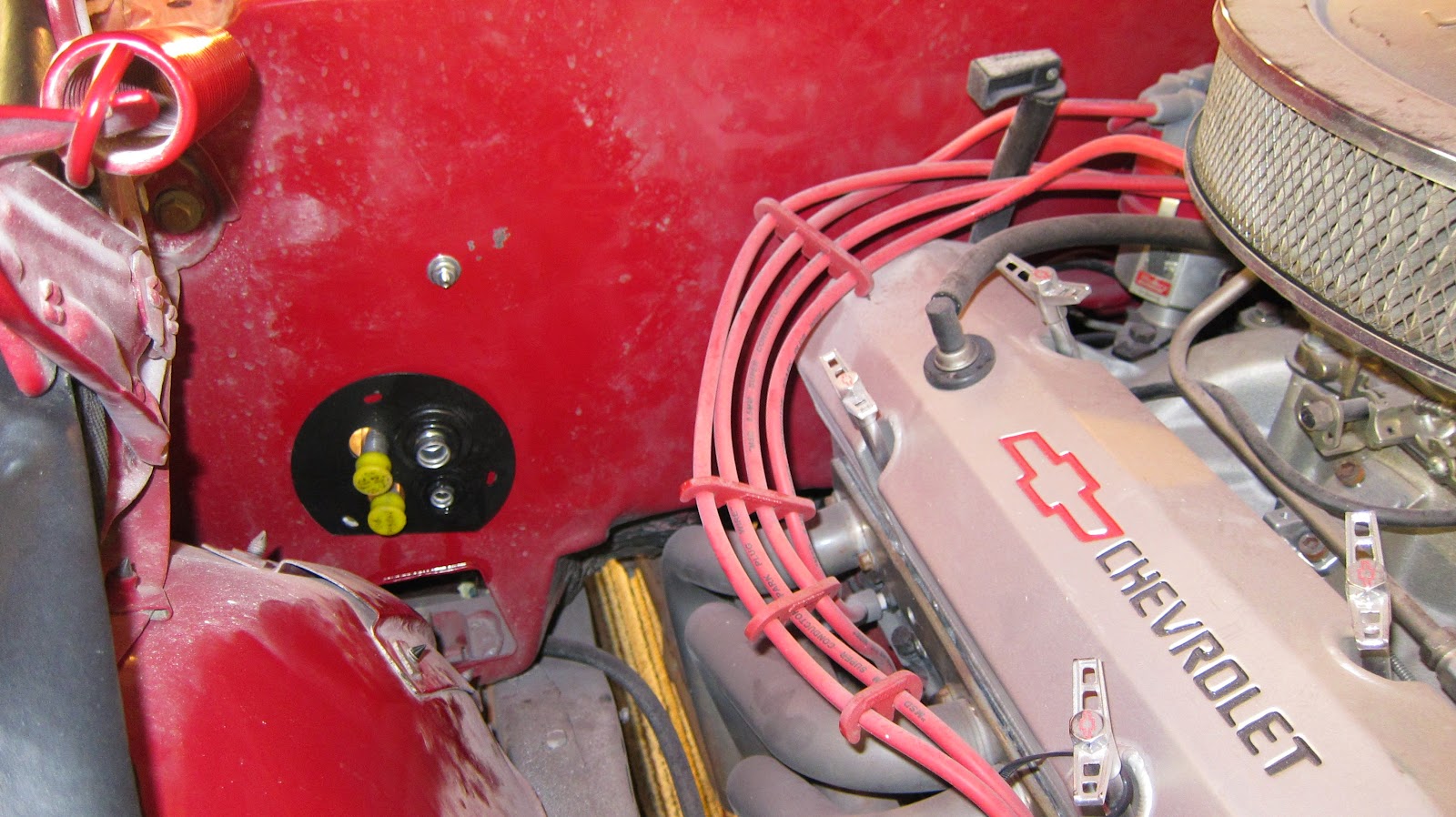 With everythin in place, the cover plate makes it look nice and neat. 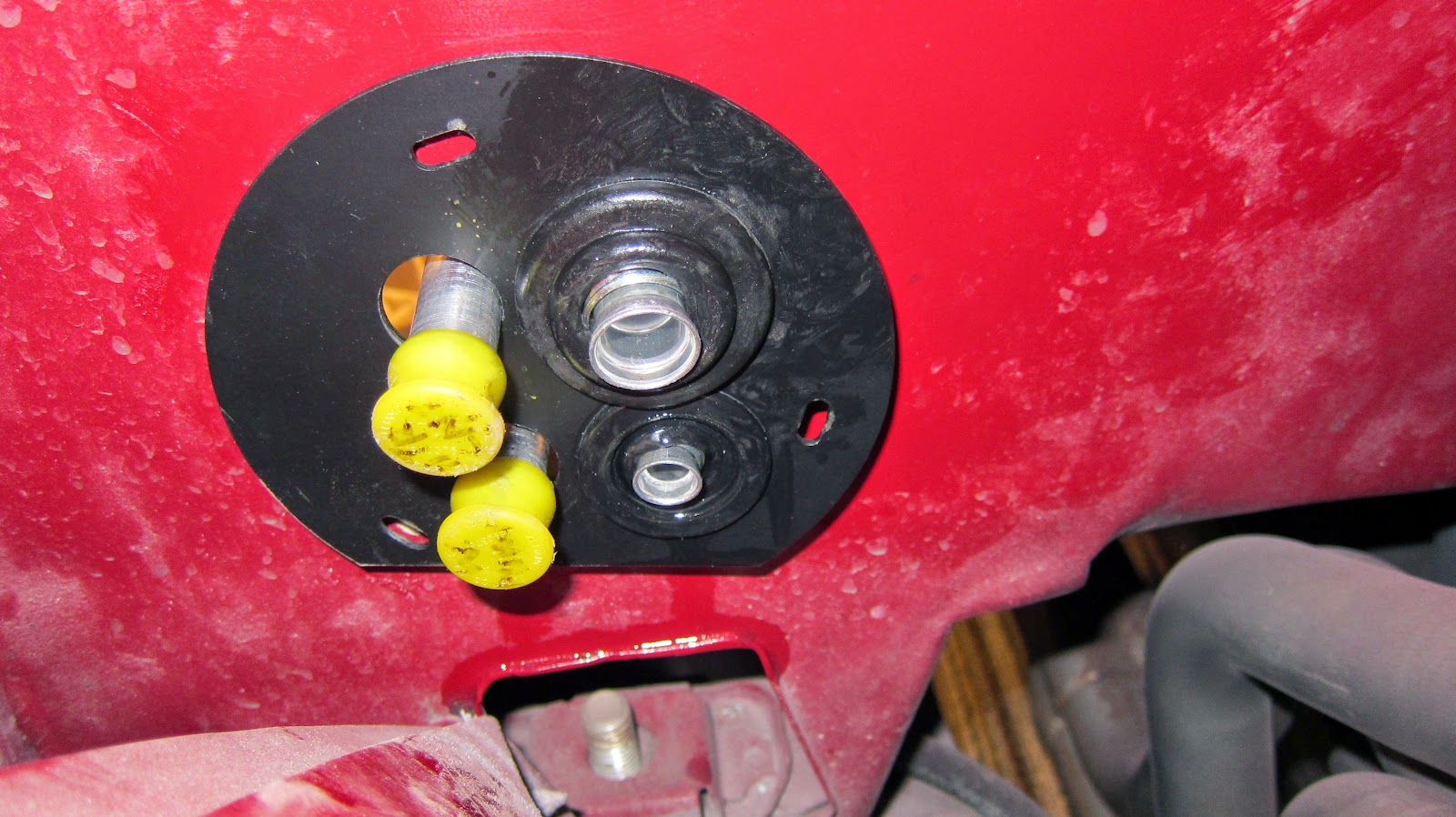 Moving to the engine compartment, I drained the coolant into a clean bucket so that I could remove the water pump and intake manifold coolant nipples. 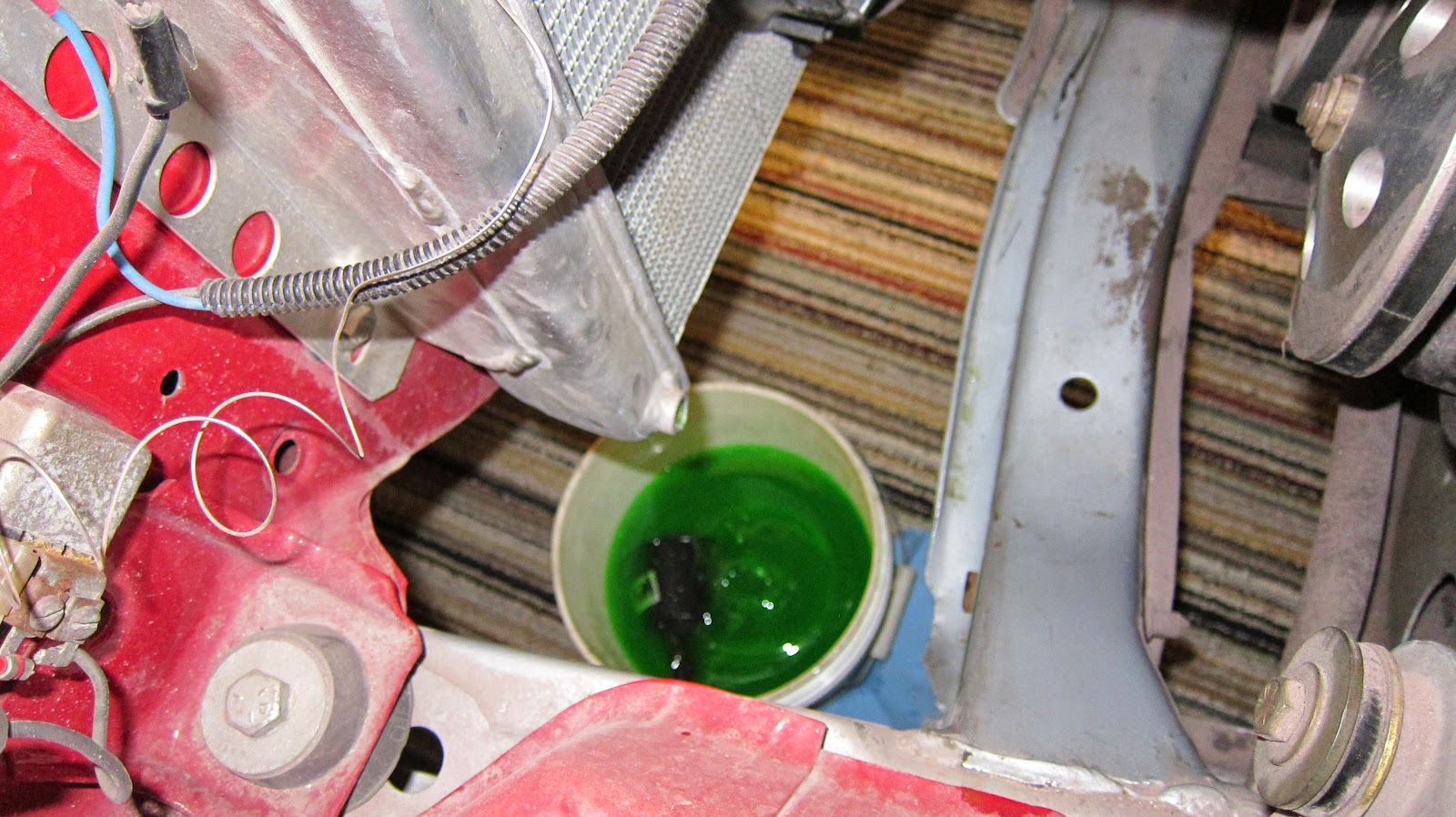 The rad hose is blocking acccess to the intake water jacket entry. I need this one for one of the heater hoses.. 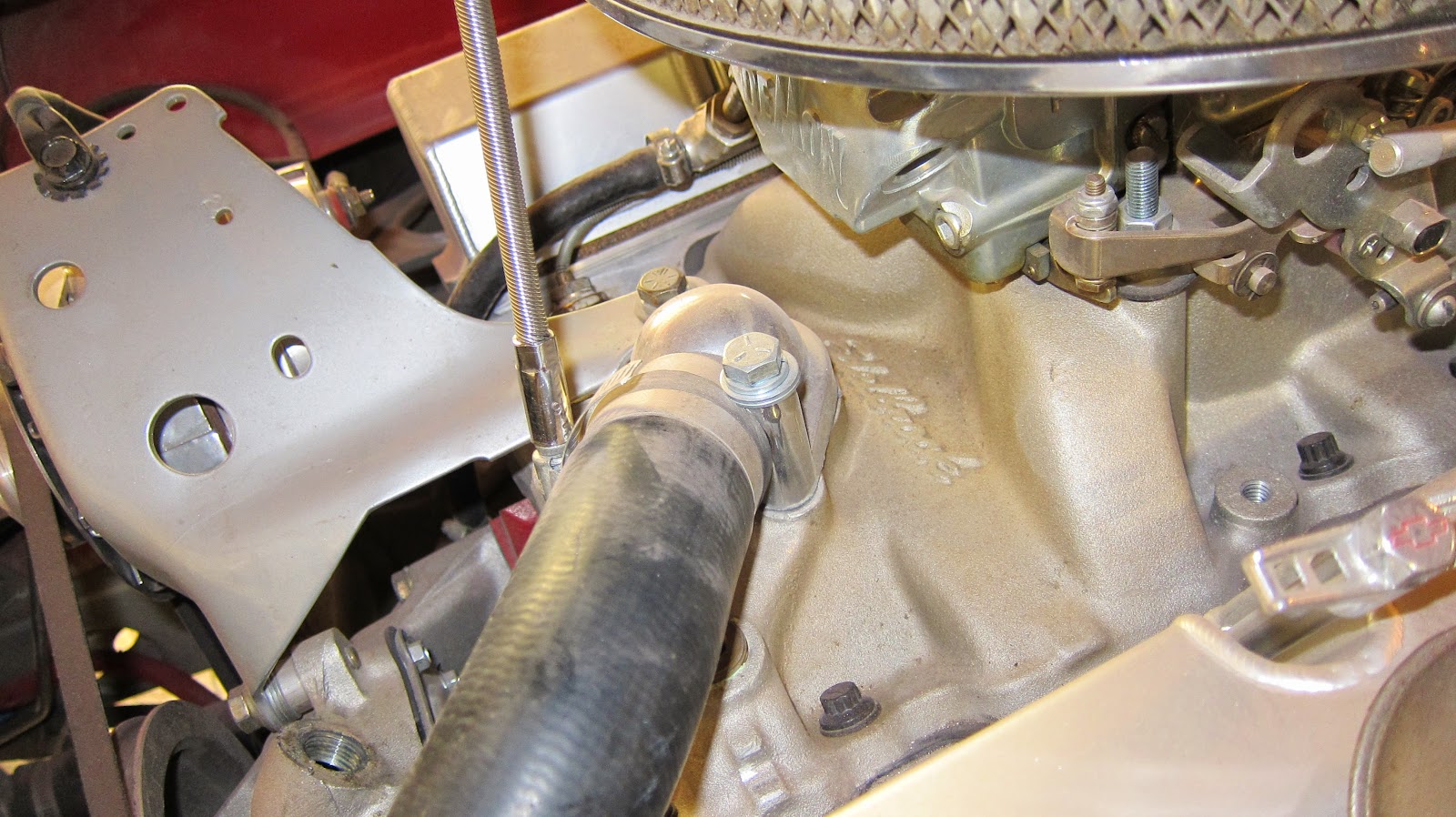 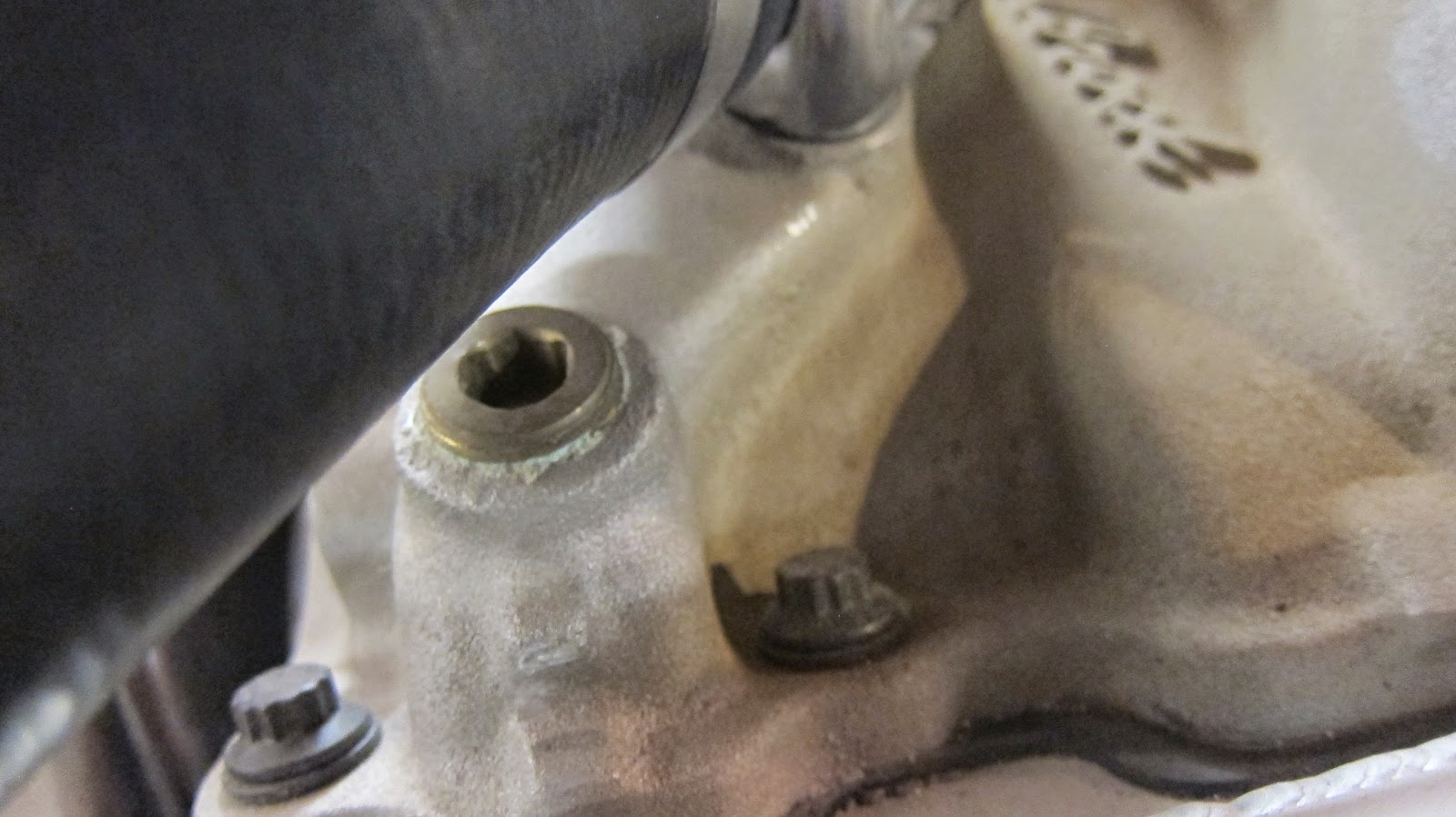 The water temp gauge sensor is located on the sde that would be best for the heater hose attachement. I think I'll re-route this to the drivers side, which will make things as well-laid as possible. 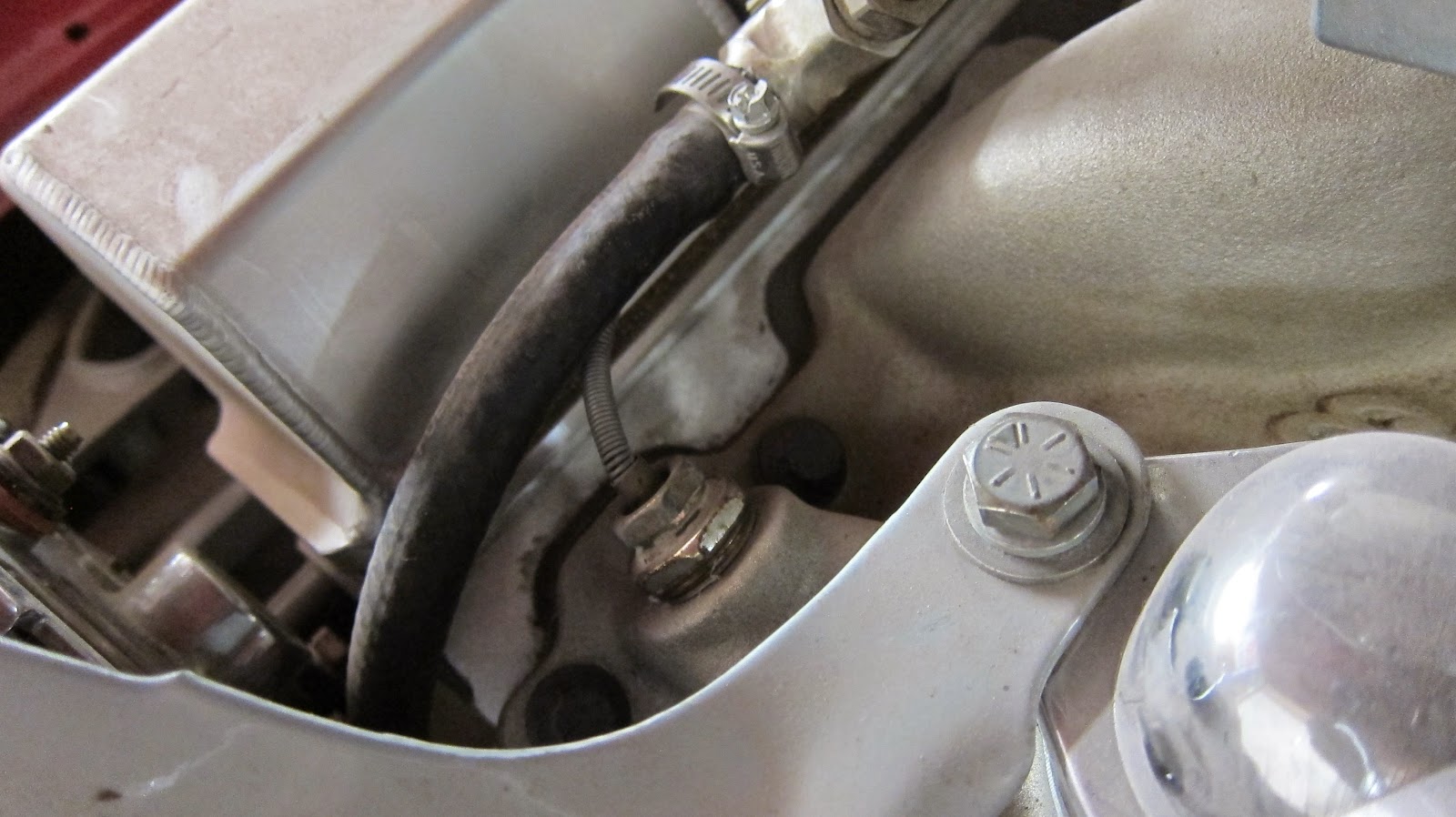 And while I generally try and think things through so as to lay everything out as logically as possible, not everyone thinks  - or can make it work - like that. Case-in-point is the airbox having all three vent outlets exiting from the same spot.... 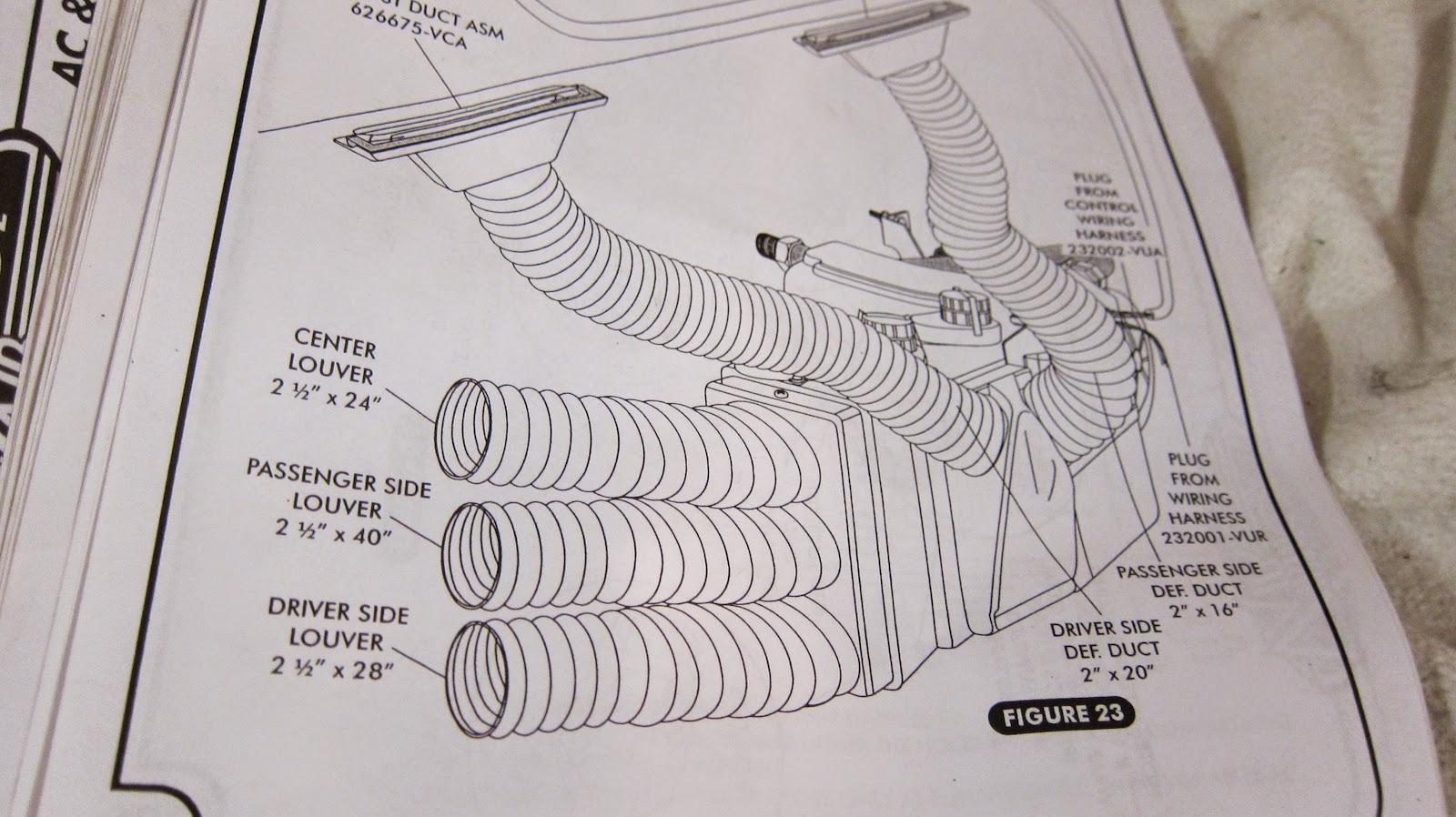 meaning that the hose for the passenger vent has to be bent right around to get to that side..... 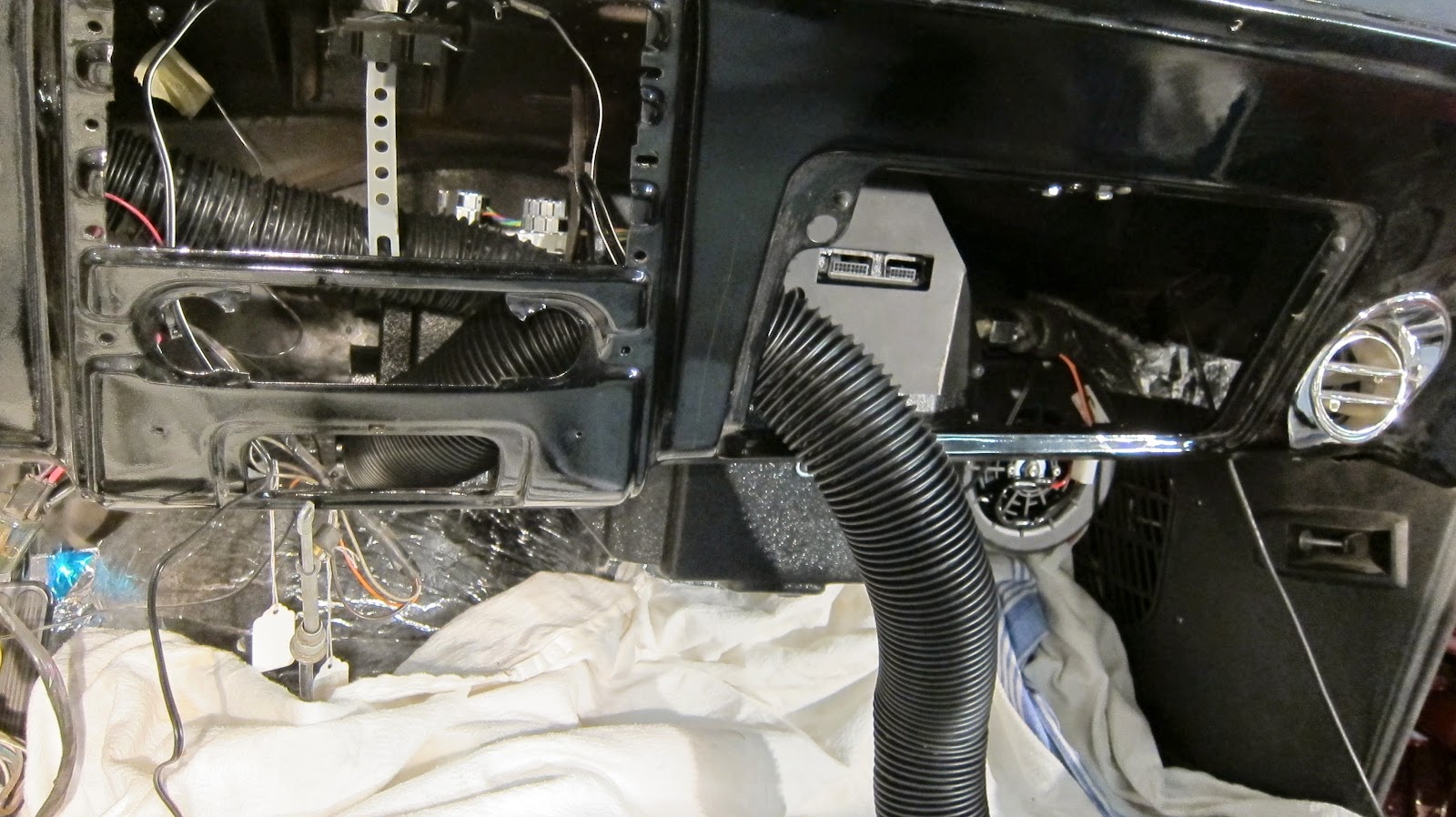