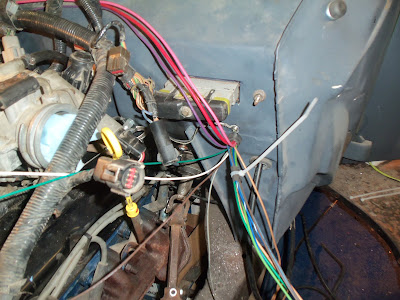 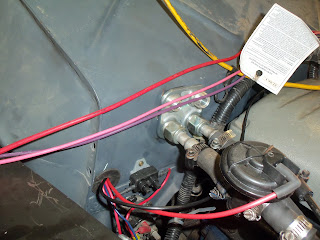 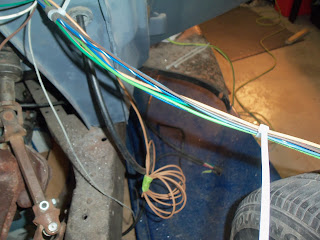 First I separated everything into lights, engine sensors and power runs... 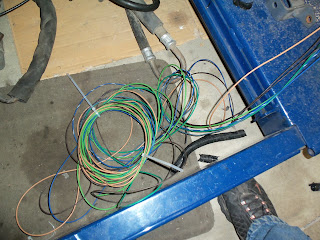 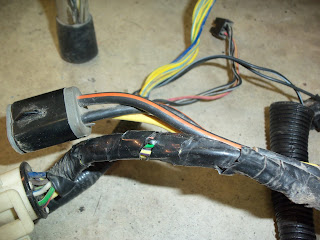 I cut out a lot of the excess wire and re-routed it all to the end pieces. 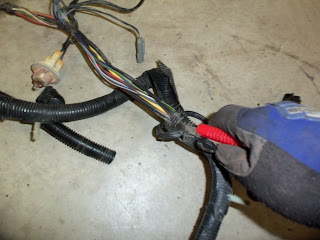 Then I tore apart the old harness and took out the parts I needed: lights, alternator, starter wires, etc: 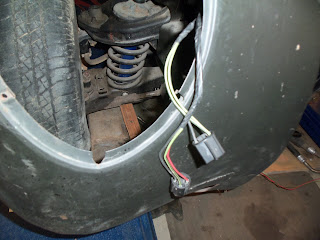 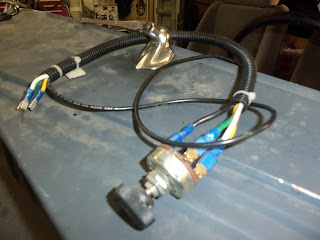 This is the electric wiper controller, ready to be set in the console with everything else.


I stopped there on the wiring for now, as I needed to get some of the front end together to check the rad placement, fan size, routing for the wires, etc. I also need to buy some stuff for this next week of work, including components to build the console and Hi-low headlights. 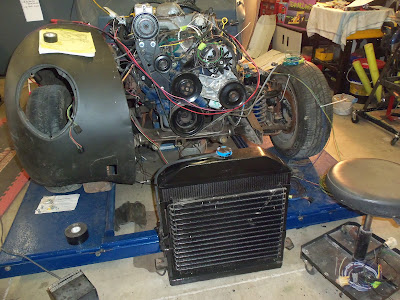 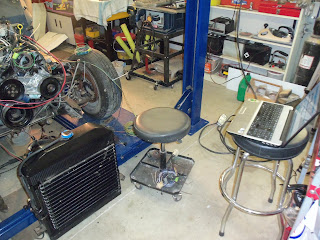 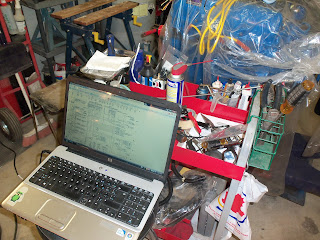 Having the computer in the shop sure makes finding wiring diagrams and advice on engine swaps easy! 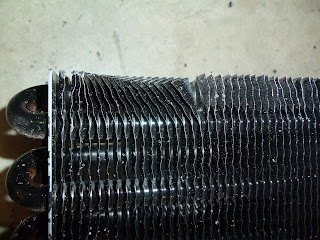 You'd think by now manufacturers would have come up with something not so delicate to wick heat away from the coolant!

Every time I unwrap or work on a rad, some fins are bent, crushed or worse - this one is brand new, it's just been moved a few times. 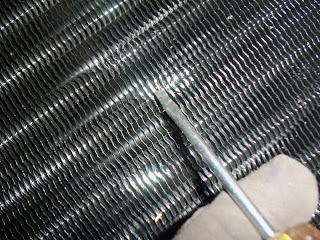 They sell fin "combs" to straighten bent fins - and I used to have one - somewhere. A screwdriver works too... 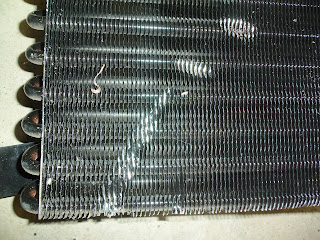 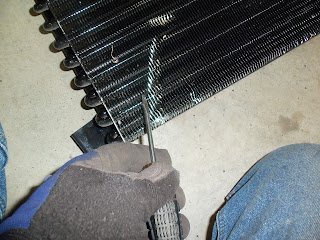 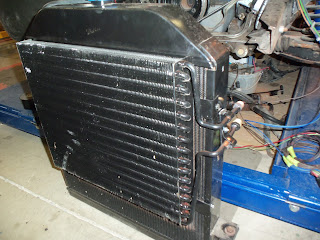 I straightened out most of the worst offenders, then removed the tranny cooler and turned it around to meet up with the lines coming from the car. I'm guessing it was ordered for side lines, they just put them on the wrong side!

After measuring it up I added an 18" electric fan and some tranny line connectors to the shopping list.


I then spent some time mocking up the seat placement (the yellow Bristol Board is to mock up the console later): 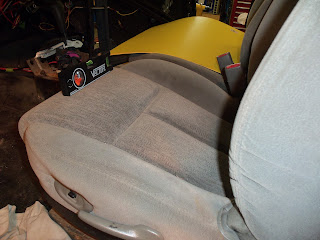 The owner made a good choice on the seats. They're in great shape and both flip and slide forward for easy access to the back seat. The drivers seat is powered as well, which was wired up yesterday.

The floors is rather uneven so I made sure the car was level on the lift and that the seats remained level as I moved them around. 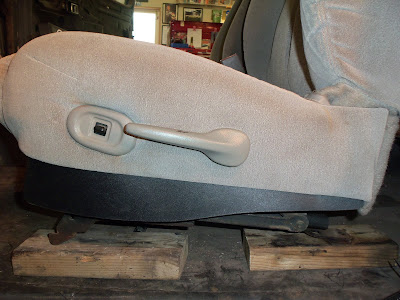 
Key parameters in locating the also include sight lines out the glass, shoulder height, as well as how close it comes to the shifter, steering wheel and pedals.


Although a ton of work has been done it doesn't look much different - but it'll sure work different! 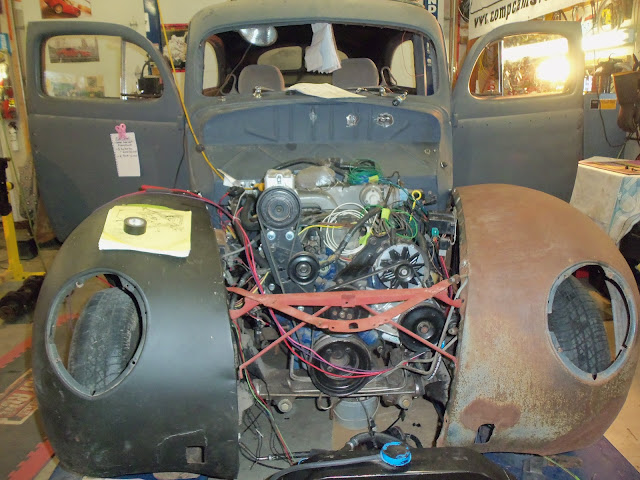