The 1956 International Project is moving along - slowly - but along.... Next up is body work on the cab, including some MAJOR damage to the roof due to someone having used it as a dance floor of sorts. 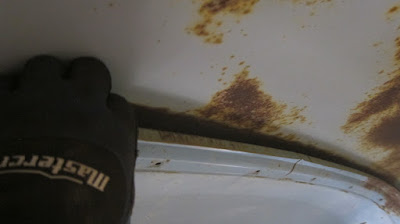 Unfortunately, there was no easy access to the largest dent on the rear of the roof shell, due to the roof  having an interior finish panel.

This would partly explain why more of the damage wasn't removed the last time a repair was attempted.

And while I think drilling holes to use a slide hammer is a last resort, it's preferable to not removing the dent at all and filling it, or cutting up the interior panel to gain the access required....so..... 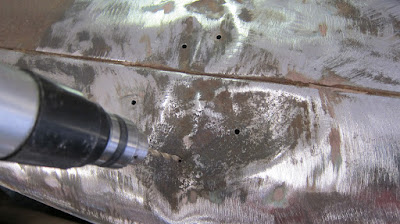 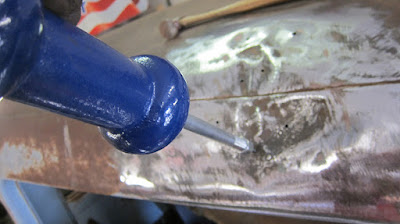 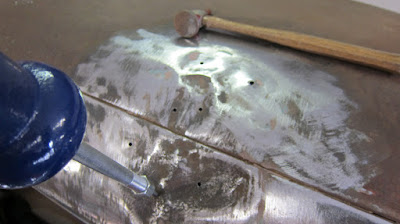 Once I work the rest of the roof out I'll come back with the MIG to close up these holes, treat any remaining rust and add a bit of filler.

Looking at the rest of the panel, although it feels as wavy as the Pacific Ocean, the dents are hard to see. When this happens I break out my body file and go over the panel to reveal any highs and lows,  before, during and after the hammer and dolly work. 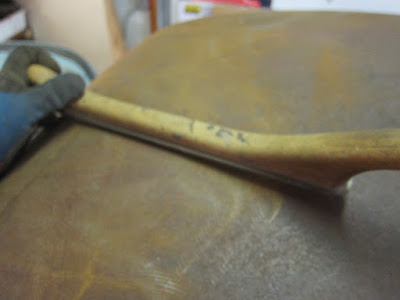 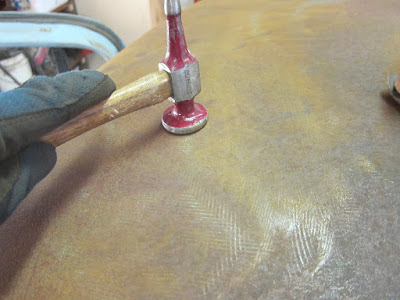 And after a couple hours, the roof panel started to look a little better... 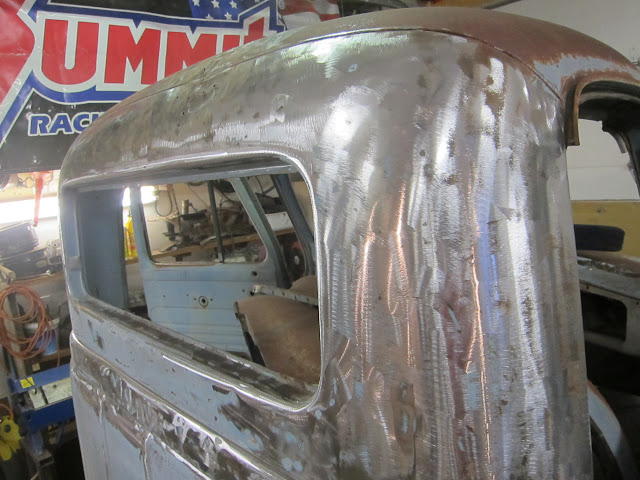 Of course looking lower down we find some nasty rust on the passenger cab corner that will require I break out the 16gauge tin, power hammer and shot bag....more on that later. 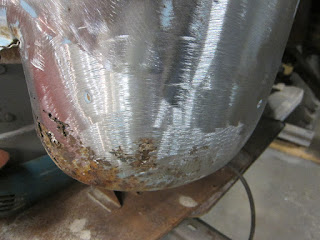 With some of the cab now roughed out, I pulled out the tailgate to see what I had.
And what I have is a a bit of a mess. Though nothing I can't handle I guess.... 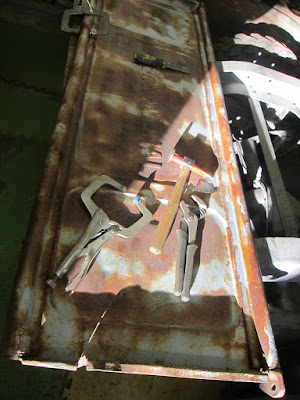 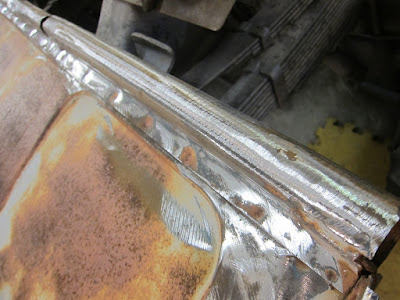 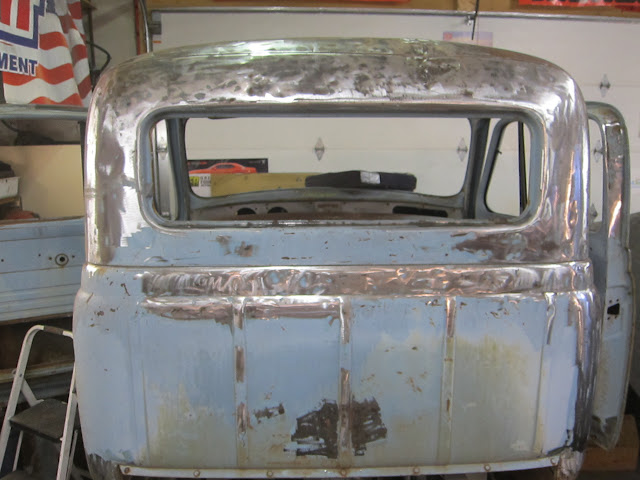