Summer in beautiful Saskatoon is a time for outdoor fun, hanging with the kids, festivals of every sort and of course, time to enjoy the cars that can only be enjoyed in the summer-time!

But, even with all the fun-in-the-sun, it's not like work in the E-tek Rod Shop grinds to a halt. I've been plugging away at tearing down the International Harvester, the Comet Caliente and even managed to get the 240Z off the rotisserie and continued tweaking on the 1968 Camaro.

Of course with all that extra activity, something has to take a back seat - right? Of course - and what has suffered is my blog postings! Who wants to spend time on the computer with all of that other stuff to do?! So, my apologies for getting so far behind in the posting of my work, but let's catch everyone up here:

After removing most of the body, including fenders, hood, inner fenders, running boards and the rear fenders and tailgate, it was time to tackle the engine and tranny.... 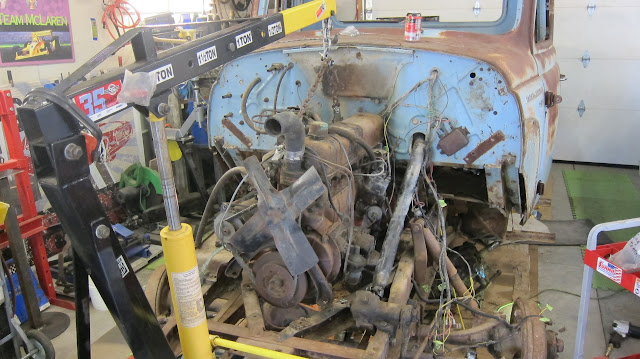 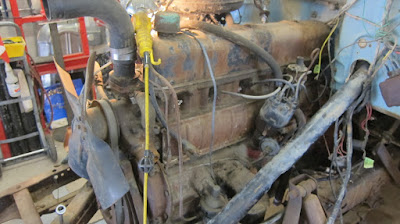 The front mounts, no problem: 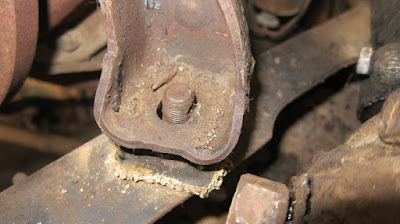 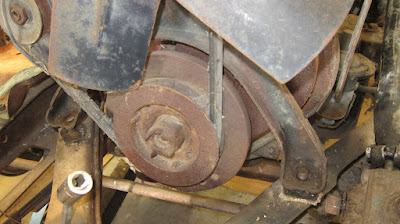 But the rear mounts - under the bell-housing of sorts - where a bear to remove... 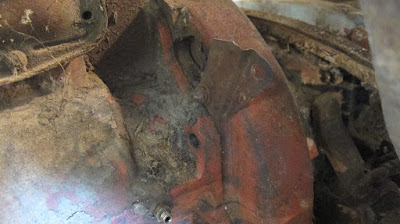 Largely due to the way the trans mounts in the cab,
including a toe-pan and several cross members being in the way- 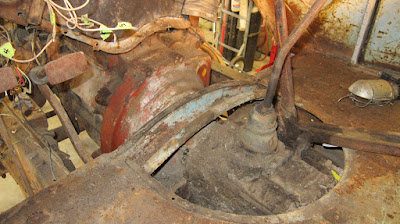 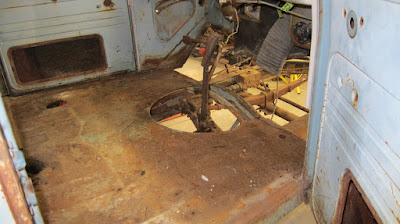 The 3-speed gear box was separated from the bell-housing.... 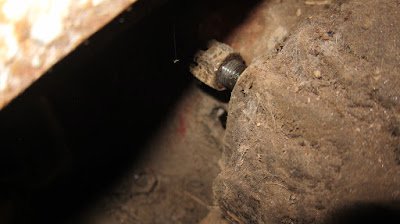 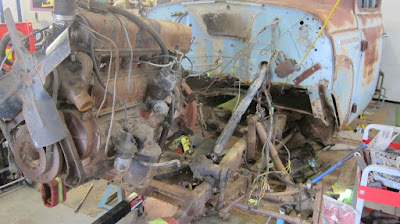 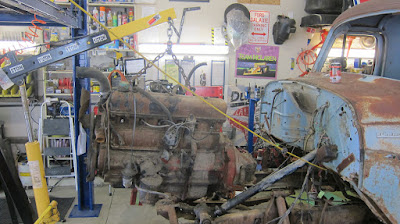 Then I hooked up the Pullz-all to the tranny and yanked it in the opposite direction, setting it on its own trolley to be pulled apart and inspected later: 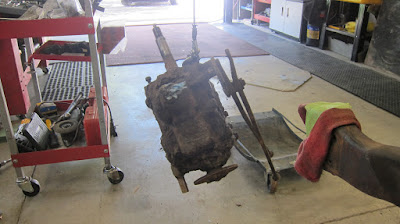 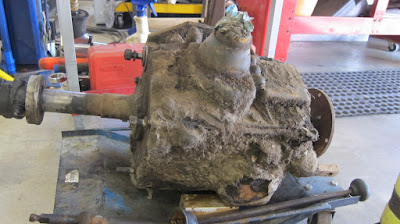 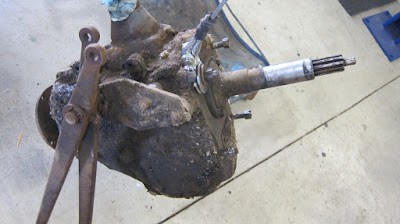 The 4-wheel drive linkage attaches to the levers you see here (now flipped upside down):

The right tool for the job (steering arm nut) - 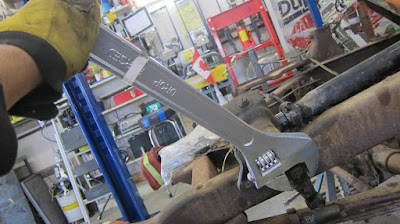 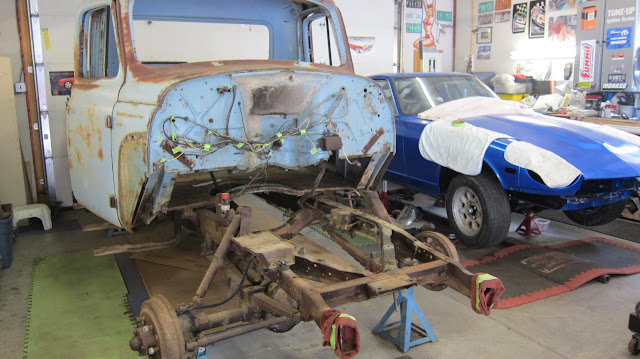 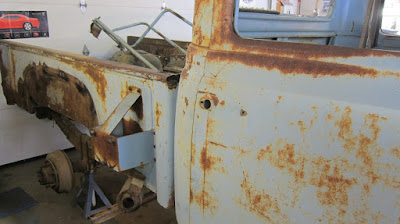 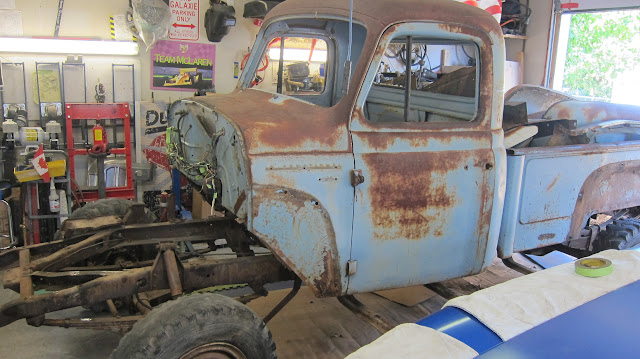 And here she is - the 227 Torque monster straight - 6. First produced by American Motors, they also sold their straight-sixes to International Harvester for powering International's "Light Line" of trucks, as well as their Scouts and Travellalls. 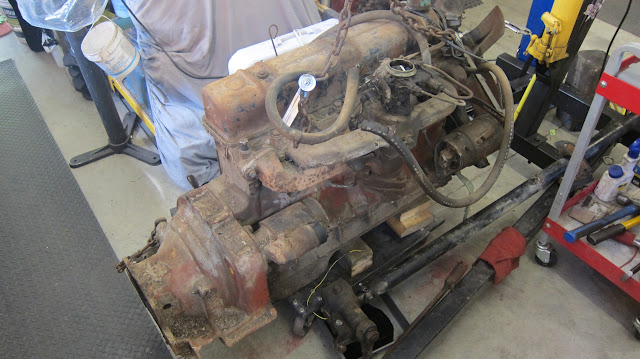 But before I can tear into the engine, the body - including the cab, what's left of the box, the fenders and inners, tailgate as well as the frame and suspension components, will have to be sent off to the sandblaster. And I can't wait to see them back - as clean as the day they left the foundry! And so everything was loaded up and the entire mess was loaded onto a flatdeck  hauler from AstroTowing. 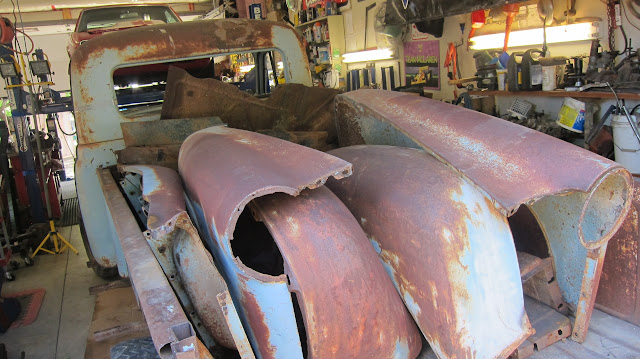 Via www.E-tekRestorations.googlepages.com !
Posted by E-tek at Sunday, August 09, 2015 Links to this post