VIDEO How To - Shrinking metal

My most popular post of all time was this How-To on shrinking metal (17K views to date). It was video'd by my (then) 10-year-old son and although it was a lark (and far from rehearsed or edited!), it gained a followin because lots of guys doing metal (body) work on their own want to know how to shrink stretched metal.... 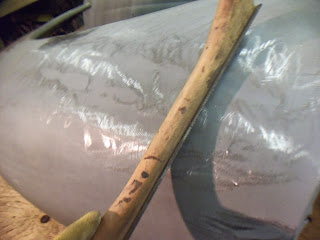 Also, check out all the How To on the E-TEK RESTORATIONS web page 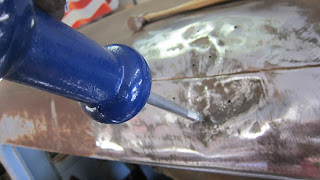 I learned this trick a long while back, but like many things I should have done, I didn't use it when I should have and wasted a LOT of paint over the years....so now I keep what I need WITH my paint supplies....

We all know that paints react with air, slowly gelling the top layers, turning it into a skin and eventually hardening the paint through the remainder of the can. 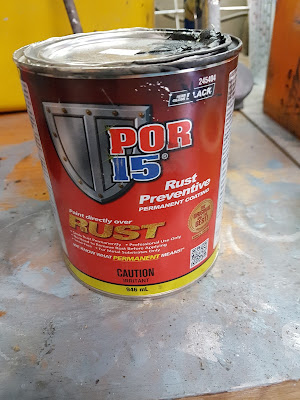 Single-stage epoxy's however, take it one step further and as the product reacts with the moisture in the air and don't just dry, they catalyze. Slowly, single stage epoxy's like POR15 and Rust Bullet will turn into a cement-like substance in the can when exposed to air. As an example, this is the container I use to transfer POR15 from the can.

The bottom layer, exposed to the moisture in air, is hardened like cement! The answer - for any type of paint - is to not allow ANY air to come in contact with the paint in the can. Putting the lid on won't do it either - the air  (and moisture) is already in there. But since our garages are not science labs (close maybe!), you likely don't have the ability to form a vacuum, with a high end vacuum tube.

But most of do have an inert gas that can displace air! 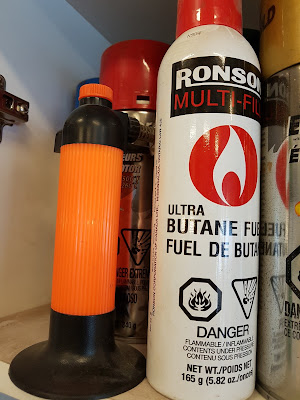 Butane is an inert gas, similar to Argon, which is heavier than what's in our air (mostly nitrogen) and can DISPLACE air, thus effectively SEALING the paint off and removing the interaction of air and moisture with the paint. 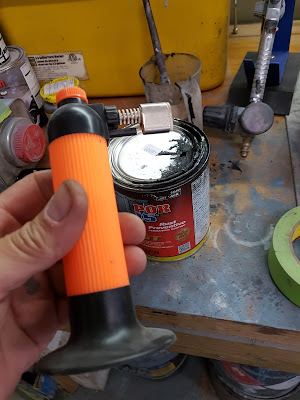 All you need to do is turn your Butane lighter on (no flame of course!), or discharge it directly from the refill can, into the can of paint - lid on or off  - as per below: 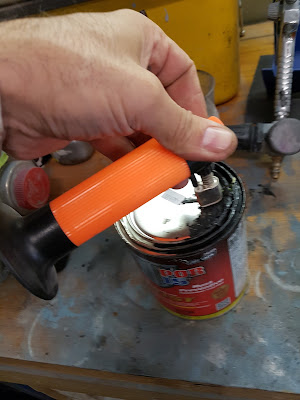 The Butane will sink to the bottom and settle on top of the paint, thus displacing the air. You don't need to know how much Butane is in the can, as long as there's some it will settle on the paints' surface and form a barrier to the air around and above. 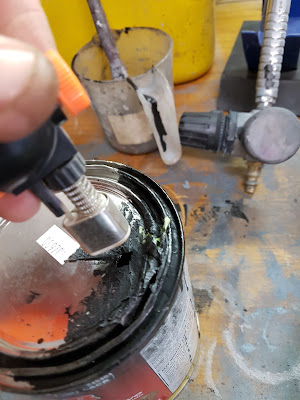 Once it's in there, put the lid back in - or seal the hole - as in our case!
Your paint will now last virtually forever, as fresh as the day it was opened. 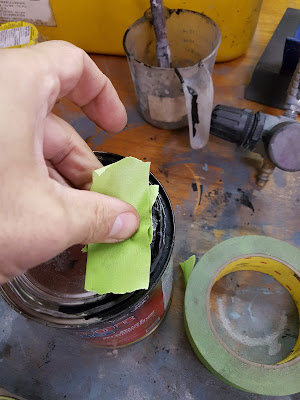 If you've ever used POR15, you know why there's a hole in the lid....if not, well, let me tell you: POR15 cures like CEMENT in the presence of moisture, which basically means air. Any POR15 you get between the lid and the can will catalyze and cement the lid to the can - FOREVER.  To get around this, you can either use a thin sheet of plastic to form a barrier between the lid and can, or pop a hole in the lid, using tape to seal it. With the Butane trick you won't need to worry about a little air transfer past the tape - and it seems easier and less messy that the plastic method.

Don't forget to add your email to our list of followers to get update notifications...
.,,, and check out our Facebook page at E-tek Restorations on fb   CHEERS!

Although most of the cab had been color-sanded a while ago, due to getting side-tracked by the 240Z and life in general, I finally got around to buffing out some of the panels today. Once the clear was sanded with 600, then 1000, 1500 and 3000, the buffing can begin, accomplished with coarse rubbing contact and a wool pad, then finished with a fine polish and a foam pad to fill in and remove the marks from the coarse compound. 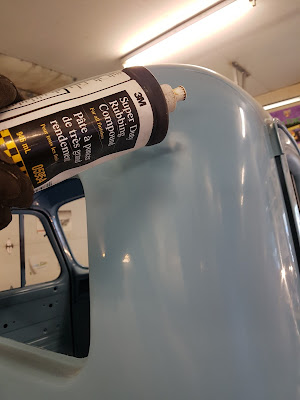 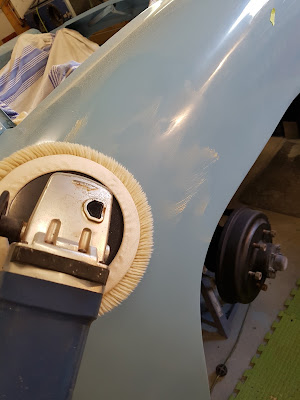 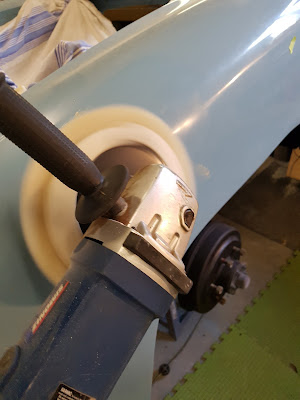 The rubbing compound goes everywhere, so I covered the parts that where already painted black. 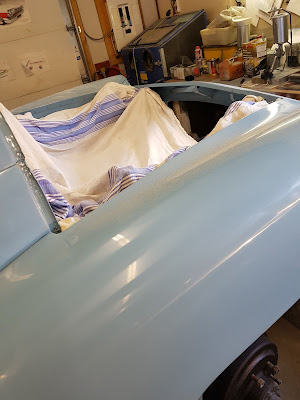 After the first round, the dullness of the  scratches from the 3000 grit where mostly gone... 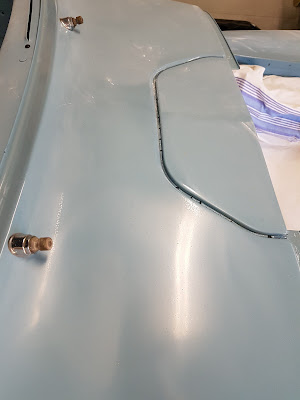 And after a second round, the shine starts to come back. The finer compound will bring the shine back a final wax will make it show-ready! 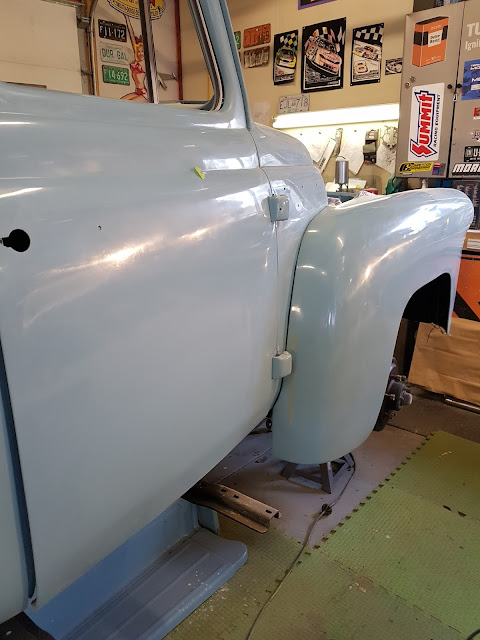