Continuing  on sanding the first coat of high build, adding a little glaze putty to remaining imperfections and catching anything that stands out.... 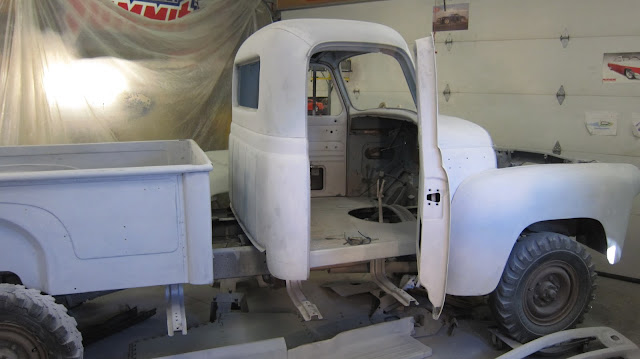 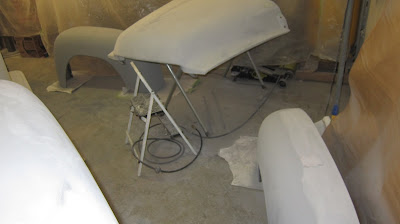 After the first sanding of the first primer coat, there's always a few spots that need a little more attention than the primer can provide. In these cases a very thin skin of "Glaze" is used. It's somewhere between filler and filler-primer and meant to bring the body to the 99% stage. 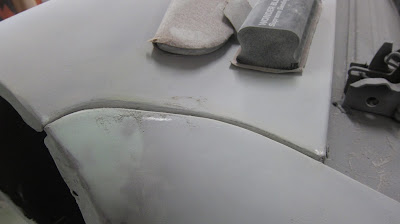 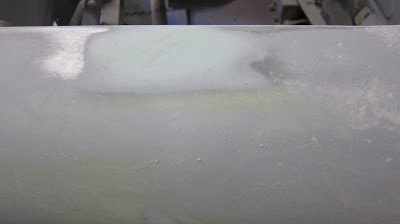 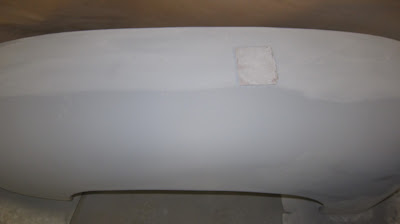 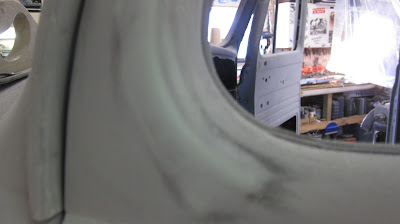 This is the time to catch anything hidden or not quite right. For example, in the inside corner of the door I saw a little bubble. I thought it was some sealer or a weld, so I hit it with some coarse paper and found it was a tiny rust hole. So I ground it out, cleaned it up and treated it with Metal Prep, my go-to rust treatment. Next time around I'll fill it with some metal-based filler and smooth it all out. 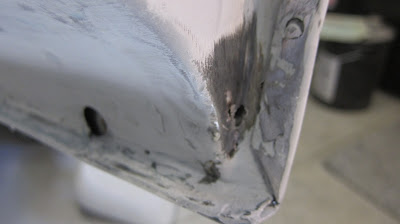 Another issue I caught where a couple of hairline cracks on the inside the door edge, near the vent window frame. Caused by so-many years of the door flexing at the vent window opening. As the window was opened and closed the door frame flexed and eventual cracked. Had I not caught it it would have cracked through the paint and continue to worsen. To repair it after paint would have meant having to repair and repaint the entire door again. 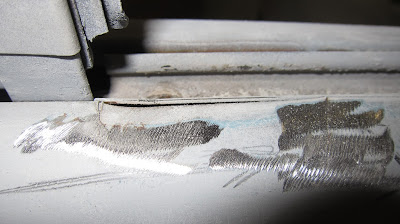 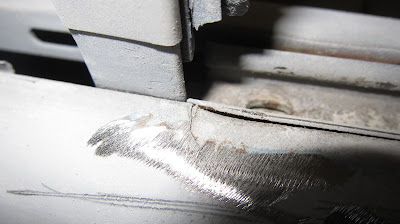 It also happened lower down on the door, where the lower part
of the vent window frame attached to the inner door shell. 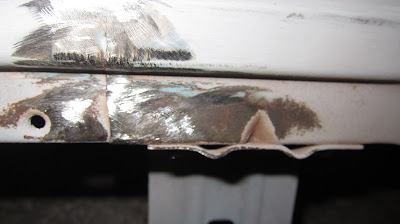 Oddly, there was also this damage to the inner door jamb. It was hard to see until I blocked out the primer and it's almost the same on both doors!
I can't figure how the hell it would have been damaged either...maybe the owners can tell me! 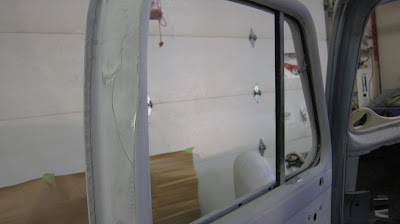 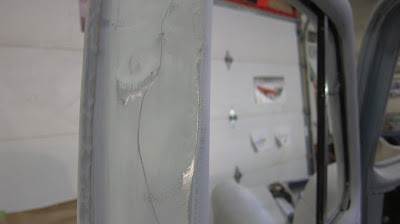 This is how she looked tonight. Next time in I'll repair those last little bits and get a second, final coat of high-build on it. At this stage I'd say I'm about 15-20 hours from paint! 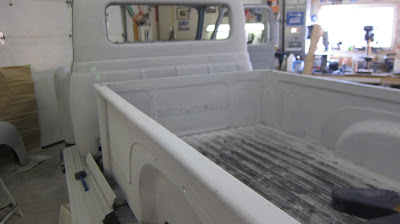 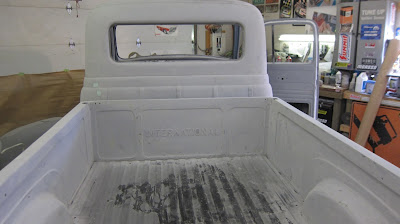 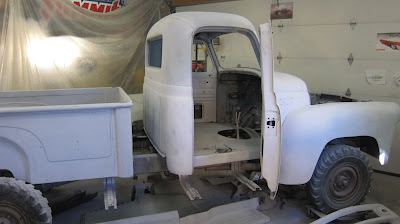 A friend of the project found this tailgate from who knows where. It came sandblasted and was nearly rust free. It's also VERY solid - much more so than the one that same with this truck.... 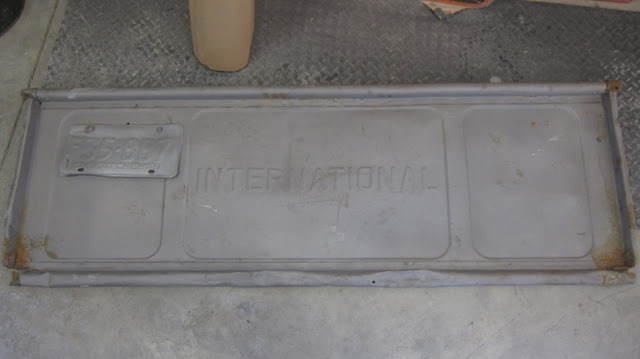 
The attachment corners are so badly damaged it looks as though, instead of unbolting the trunions, they just ripped it from the truck - red neck style! 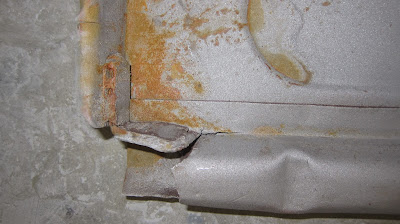 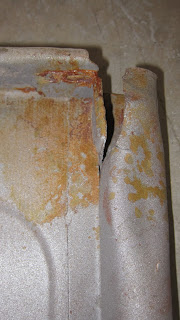 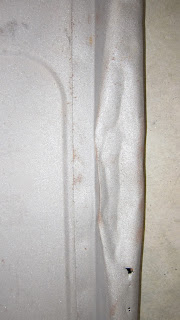 The other side was just the same. That'll take hours each to straighten, weld, true and grind.

The bottom rolled end is all smashed in. Even if I can figure out how to repair that, it'll take many more ours. Might be easier to find a similar diameter pipe, cut the bottom esde off and weld the pipe on to emulate it! 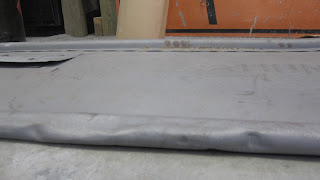 Then, if by some miracle I can get all that done, I'll remove this 1968 plate
- that was unceremoniously drilled and bolted to the tailgate -  and fill the holes behind it. 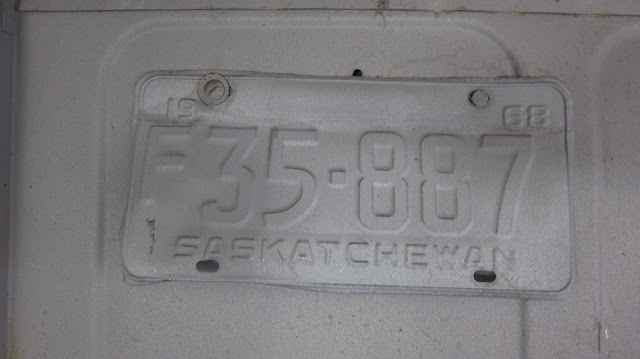 Stay tuned for more exciting times ahead as the truck gets color and we figure out how to repair this tailgate. Personally I'm praying for a 'new' tailgate to show up courtesy of one of the thousands of readers the blog has (I know,... I don't believe it either, but that's according to the Google-stats!)